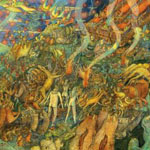 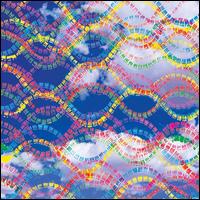 You know what I’ve got to say to !!!? Tough beans. This album fails immediately because !!! overextended the anticipation for their full-length a full fucking 2 years longer than was reasonable. Most of us, I would hope, have moved on from drooling over dancepunk. After Morrissey, Sonic Youth and Mission of Burma all released excellent albums that sat easily outside of any trends, my reaction to the promise of dancepunk, a promise that failed big time, was “fuck off.”

Frankly, since Echoes, no one’s done anything interesting with dancepunk, unless you want to call the Liars’ latest wank “interesting,” and !!! don’t break that predictable trend. Despite phenomenal production, phat-assed disco beats, and even some clever “we’re-not-one-trick-ponies” moves to dodge the pigeonhole, !!! just don’t come up with any better ideas, on almost the entire rest of the album, than they had on last year’s “Me and Giuliani Down by the School Yard (A True Story)” single. And while that song was full of great funky hooks and sweet little guitar licks, it’s not enough to support an album, and it’s not even that particularly great.

But at least it moved somewhere, slipping in and out of funky passages with virtuosic ease. “Dear Can” can never muster the courage to move out of its comfortable groove of kickdrums and a forward-moving bassline, which, while entertaining at first, grows tired in spite of the electronic embellishments the band tries to sprinkle on. The second version of “Shit Scheisse Merde” is a mere instrumental remix of its first, better version on the album. Wait a second, that means they have two versions of the song on the album? Yep.

There are good ideas here, though. “Me and Giuliani” is still excellent, included at the end of this hopeful attempt at keeping the party going. “Hello? Is This Thing On?” throws some smart flamenco guitar on its excellent rhythm to spice up the mix. But the feeling, when it’s all over, is that !!! have burst in on the frat party to find that all that’s still waiting for them in the house are a few hung-over freshman drunkenly raising empty beer cups, wondering where their panties are.