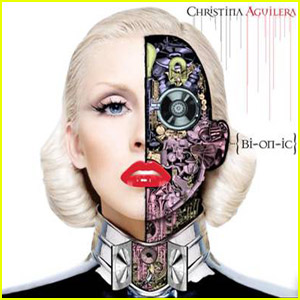 Christina, you tease us.

And I mean that in a way that truly has nothing to do with the jewel-encrusted ball gag you’ve been sporting these days. Or the LED heart blinking tastefully over your crotch. Or even the old assless chaps hanging in the back of your closet. Really.

What I mean is that you’re one of the most high-profile musicians who talks about empowerment in a really fucked up industry—you write (er, co-write) songs about being a woman who enjoys sex and isn’t afraid to express herself, and you sing them in your stratospherically awesome voice—but then it all kind of falls flat because the sexuality that you’re so amped about expressing almost always seems conspicuously similar to whatever particular brand of female sexuality mainstream culture happens to be hocking when your latest album drops. And what’s equally frustrating is that you use a pretty myopic kind of pop-feminism as a shield that precludes any criticism of that—you are a singer of songs about being a woman who enjoys sex and isn’t afraid to express yourself, thus you can do what you want, thus you don’t owe us a damn thing. All of which is totally true. But sometimes I wish you felt like you did owe us something else. Because I, the critic, the lady, and above all things the listener who is continuously disappointed in mainstream pop music and still, naively, continues to put truckloads of faith into it as an awesome and culturally transformative force, am so sick of this shit.

On occasion, Christina Aguilera can do some pretty amazing things, like reduce our knees to jelly with a James Brown tribute or make Chet wax poetic about a performance he admittedly saw on American Idol. She’s never quite able to translate that into a solid album though, or even a solid run of a few consecutive singles. So it shouldn’t come as a shock that Bionic is not a very good record. What should is that the conversation about how bad it is has become one of the most vitriolic and fascinating conversations pop music has recently provoked.

“I’m not a character,” goes the atrociously ironic opening line of the lead-off single, “Not Myself Tonight.” The first thing I felt upon seeing the accompanying video—which hit amidst a flurry of half-hearted NSFW!s and a log-in confirmation on Youtube that proved, infallibly, I was over 18—was embarrassment. It’s “Bad Romance” without the searing imagery; it seems to ask with hyperactive persistence, “Are you shocked yet? How about now?” Its Gaga and Madonna-aping is as obvious as, well, Gaga’s aping Madonna. But while much of Gaga’s appropriation of pop imagery is easy to interpret as homage, the things Christina was quoting were too current to come off as more than a pretty blatant cash-in on Gaga’s style. And “Not Myself Tonight” has a pretty dull conception of why people like Lady Gaga so much: glittery bondage gear! bisexuality! androgyny!—but hey, not too much of that last one, now. In a word, as big as if it were spelled out in the sky by the tailpipe of an airplane: KINK!

The thing that bugged me most about Christina’s “homage” to Gaga when I first saw it was that I actually thought it threatened to unravel some of the wonderful things that Gaga’s crazy has wreaked on mainstream culture. Say what you will about Gaga: her music, her image, her ugly, and/or her disease—she’s done more than any pop star in recent memory to provoke a new conversation about female sexuality and weirdness in pop culture. But by Christina’s interpreting “kink” as being narrowly within the limits of Gaga imagery/what mainstream culture has already begun to recognize as kink, it threatens to define the very boundaries of acceptable weirdness. Thankfully, nothing this conceptual actually happened, and all of my overly-academicized handwringing was for naught. The Internet, instead, saw the video and emitted a collective and all-powerful wretch. Christina had stolen from Gaga, the freshly anointed saint of all things pop. People were disgusted. You’d have thought Sinead O’Connor ripped up a picture of the Pope.

So a few weeks later, when the album dropped, anyone who’d seen the video was prepared for Bionic to be an absolute mess. Which it isn’t, really. The good thing about Gaga posturing is that it can only be seen and not heard; her music is not distinct enough to be imitable. So though Bionic isn’t terribly original, it plunders a pretty wide assortment of things: there’s the Right Said Fred-caliber cheese of “Glam,” the R. Kelly-isms of “Sex for Breakfast,” and the Robyn-esque (though it was co-written by M.I.A.) “Elastic Love,” which, stupid as it is, I find faintly enjoyable. And if that makes me a terrorist, well…never mind.

Bionic is, ostensibly, an attempt to re-brand Christina as an electro-pop artist, but its most compelling moments are when it abandons that mission and realizes that that’s not the genre in which her voice thrives. “You Lost Me” is an absolute stunner: her voice, minimally adorned, is free to showcase her amazing sense of control and kindle a subtle spectrum of emotion. But, sadly, it’s an anomaly. The strings that close the track are barely given a moment to linger before the bombastic, Garry Glitter percussion of “I Hate Boys” smacks the track’s quiet subtlety from memory. It’s a familiar anthem of what passes for pop-feminist confidence, a song that chants “I hate boys” but spends the rest of the time bragging about how much “boys like me.” So by the time you hear the opening query posed by “Vanity”—“Mirror, mirror, on the wall: who’s the flyest bitch of them all? Never mind, I am”—you will have completely forgotten that Christina is even capable of subtlety. Or control. Or conceiving that “empowerment” can sometimes mean something more nuanced than tacking on bitch to the end of every other lyric.

So yes, the keeper of one of the best pop voices of our past generation or two is reduced to making shit like this, or is stuck in an industry that insists that she make shit like this. So it goes. But judging from the overwhelming online response—like, not just from stodgy critics who treat Gaga like she’s Judith Butler in a wig (raising my hand), but from everybody—to Christina’s new “character,” I’m compelled to read a little bit of naive hope into this post-Gaga, post-Internet moment in pop music: maybe people are finally a little more willing to see through the boring, faux-transgressive schlock that mainstream culture feeds us; maybe people are ready to demand something else. And maybe the Internet better enables people to express that. (Or maybe, less hopefully, more likely: people just enjoy Lady Gaga’s music, and the Internet enables them to pounce upon Christina with the same lynch mob mentality with which they dismiss every pop star who suddenly seems irrelevant. Whatever.) What Christina has over Gaga—minus the obvious voice thing—is that she doesn’t have to pander to her listeners with safe, middling electro-pop just to stay embedded in mainstream culture. She’s already there. So the door remains open for her to finally do something daring and awesome. And we, or I, at least, will foolishly cling to the hope that someday she might take up that challenge.