Other Records by Chromatics 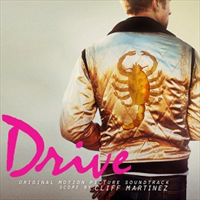 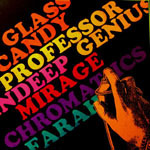 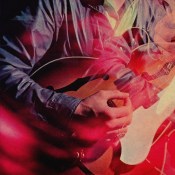 Last we left Chromatics—finally the serious soundtrack bait they always seemed on the verge of becoming—they’d settled without a splash under the goosebumped skin of Nicolas Winding Refn’s fabulous Drive, way back in summer 2011. I’ll happily admit that I raised a ruckus when I heard the minimal pulses of “Tick of the Clock” from Chromatics’ breakout Night Drive (2007) rising through the speakers in the theater back then, however totally indiscernible that perfectly situated track’s single, ominous bouncing note may have been to my companions. I had to explain: for those of us already initiated into the group’s subtle, cinematic melodrama, it felt like a strange completion.

That spot on Drive actually felt like a surprising but believable shot at where the Chromatics from Night Drive seemed to be aiming, their own slow-motion neo-noir narrative going as far, in its own time, to list masterminds Adam Miller and Johnny Jewel as screenwriter and director in its liners. Night Drive seemed to take heavy steps to acknowledge that the tunes were admittedly only part of a larger image, of something that required careful management to relate in its ideological entirety, and the manicured, measured nature of the record did a pretty great job of conjuring the phantom backdrops necessary to create a satisfying abstract experience, despite the record’s material minimalism. And then, I realize that this is the question I found myself asking, almost unknowingly: where to go, after such well-crafted imitations have been duly validated by the imitated?

Not that Jewel’s label Italians Do It Better couldn’t forge an empire on soundtracking alone. And as fits their shadowy nature, Chromatics managed to sneak up on me with a new release, Kill for Love, amidst the blur of some other more grandiose efforts to keep the camera rolling (literally big, like Johnny Jewel’s two-hour-plus, 37-track Symmetry from December last year). In that kind of climate I’d almost expected not to hear from the group again until the inevitable Vanishing Point remake that I’m still waiting on, and I guess it was that win over mainstream sensibilities on the Drive soundtrack that made me feel like things had come to an acceptable climax. Even with singles pouring in, I’d somehow failed to connect the sight of the band’s name with an autonomous release. To be fair, Night Drive is certainly the kind of lucky record that will go down as a classic of its own accord, regardless of context, and perhaps that independence of identity led me to doubt Chromatics had somewhere left to turn after what seemed to be their ultimate victory. Enter Kill for Love.

First though, you can see how in my mind a new, lengthy, and varied release is nothing short of defiant of the theory that perhaps Chromatics were never really interested in validation, in successful imitation, to begin with. Kill for Love is pastiche officially made transcendent. It’s the same kind of artful extrapolation that Ridley Scott used to communicate hyper-1984 so well into the jaded minds of his audience with Blade Runner, for example; here Chromatics present a stark caricature of a world engulfed not in the unstoppable momentum of technology, but in a foggy cloak of romantic excess and emotional refuse, which, when expanded, engineered, and rearranged in such monumental and imposing fashion, become the same kind of immersive, extreme world of their own. Penetrating the mists with a naked and strikingly un-glossy emotional temperature, singer Ruth Radelet’s plaintive voice drives it all home. Where Night Drive took care to capture silhouette portraits as they passed at their own cinematic distance, Kill for Love opens the diary pages and digs deep into the secret thoughts behind the drama.

What I mean to say is, Kill for Love is a collection of songs more so than anything the band has released to date. Night Drive may’ve been a disembodied moment cut from Miller and Jewel’s unrealized dream script, but Kill for Love is the Moebius strip that takes its audience behind the scenes. Many of the literal dramatic elements of the narrative remain—discernible characters, a vague conflict centered on romance and violence, and a sense of emotional transformation—yet rather than it’s decidedly linear counterpart, Kill for Love seems to circle ever inward, like a spiral becoming a brooding whirlpool. When I listen to the record I’m compelled to put it on random, somehow convinced that when the songs play in a different order, I just might discover some as yet unrealized aspect of the personalities at play between the lines of the story, and it seems to be making Kill For Love easy to put on repeat as well. Instrumentation here remains thoughtfully restricted to guitar, voice, simple electronic drums, and plenty of minimal new wave synth, which as always says very little of what Chromatics make of such a limited palette. The true success is that the range of moods presented is surprisingly varied, slinking effortlessly from the Peter-Buck-at-midnight guitar lines of “Into the Black” to the approaching-daylight disco bounce of “Back From the Grave,” and of course into the depths of cinematic mood tracks like “The Eleventh Hour,” with almost none of the limits of continuity demanded by visual narrative. In short, Kill for Love may not be nearly as focused and razor-sharp as Night Drive, but it’s twice as much fun and just as confidently personalized—just as purely Chromatics.

Though their songs seem to focus on a particularly exotic and elite brand of high-fashion romance, Chromatics’ magnification of the seemingly trivial ultimately highlights an inarguable truth about the instinctive human mind and the world it creates. In spite of the common intellectualized attitude that the ups and downs of interpersonal relationships and the basic need to seek emotional satisfaction therein are relatively negligible details of a trite aspect of the human condition as a whole, Chromatics use drugstore cosmetics to paint an affecting landscape where melodrama—believable melodrama—rules the moment. And if we take, oh, four seconds or so to legitimize the idea of such a world in the cultural mirror we all know and love/hate as pop music—a truckload of heartbroken lunatics and swooning glandular cases if ever there was one—we should find more than enough of the evidence we need. In a world where we Kill for Love, life and existence are only a series of moments as heavily affected, if not more so, by instinctive magnetism and emotion as they are by intellectual rationalization and higher thought. And Chromatics remind me that things are just more fun that way.