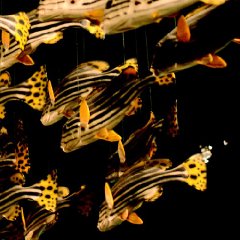 I’m not that charitable with albums that don’t have any idea what they want to be. Jam a stake into my black heart, I know, because “albums aren’t movies!” They don’t always have to have narratives, or at least hardly ever have ones beyond the listener’s personal impositions—though you’re right, Interpol is about you and your girlfriend. And besides, there’s charm in being incomplete, or otherwise so enthusiastic about listener attention that one blasts scope to the seven seas and includes every thought they’ve had since childhood. It’s just hard enough getting something to tape, and I get that. If there’s anything that seems to unite great but otherwise unrelated albums like In the Aeroplane Over the Sea (1998), Since I Left You (2000), or fuck, Loveless (1991), it’s that they either dropped with such mercurial naturalism that they were in fact authored by God’s handpicked musicians, or they were the product of such planning as to resemble a conspiracy theorist’s wet dream.

Is City Center then the product of some planet-alignment that something so scattershot ends up, gulp, pretty good? It’s either fate or just that Fred Thomas, he of the genre-aware but similarly flippant Saturday Looks Good to Me, planned it this way. He didn’t seem like a tough nut to crack, heretofore having obviously chosen the All Art is Good rate of production over careful selection and nurturing of a meme, a theme, types of shirts, sunglasses. But City Center feels different, feels like it occasionally pitches stones in the direction of the greats.

At first this array is a predictable one. Thomas has effectively compartmentalized his tastes into projects—his nostalgia-driven pop project, his found-sound ethereal electronic project, his stripped down bedroom project—so that you’d be forgiven for thinking his profundity might be profligacy. Marrying these themes into a comprehensive album is what makes careers; non-committal dabbles and side-projects reside in ego’s arena. That is, until Thomas actually puts out the best of these projects so far and, however unintentionally, sets stark courses for more interesting waters. See, City Center oscillates with as much polarity as Thomas’ career but just as his projects alternated between the concrete of traditional pop structures and the nebulae of electronic wash, City Center does both, seemingly commenting on both its predecessors and their author. The album synthesizes Vitaminsforyou’s mashed-up excesses, Benoit Pîoulard’s frosty comportment, and Tim Hecker’s shuddering ambient into comfortable collage. Like the far superior Mountains’ Choral, City Center glad-hands acoustics with ambient in interesting and often gorgeous ways.

Take “Cloud Center,” the album’s nine minute centerpiece, which simultaneously underpins and counterpoints amicable “Killer Whale” or “Summer School”; it’s as if Thomas subsumes the pop sensibilities he’d heretofore taken for granted. Couching them in obscured sound points, as in “Summer School,” turns otherwise cliché sentiments into fever dreams and atmospherics. “Young Diamond” has an infectious melody but has the good sense to mystify a song with distance and emerging noise, turning what would otherwise have planned obsolescence into a niggling curiosity. Though none of the songs ever reach Yankee Hotel Foxtrot‘s (2002) level of poetic resonance, City Center owes much to that album’s self-complication.

Some might call the gesture cheap. After all, bait and noise is the new accessible (see: Wavves, No Age). But for an established pop writer like Thomas this sort of effort is long overdue, a necessary rung on the twisted, misdirecting ladder towards writing one of those singular, inexplicable albums. Proficiency and chops in place, let’s see if Thomas allows his next epiphany to gestate.