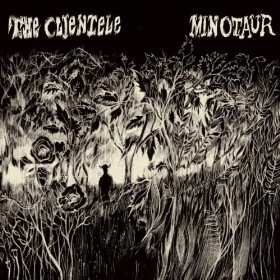 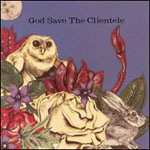 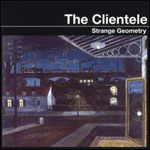 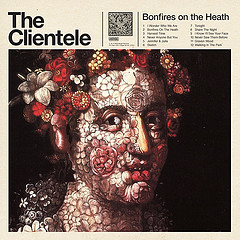 Bonfires on the Heath

I’ve heard Bonfires on the Heath may be the last Clientele record, depending upon its success; I am not happy about this. Over the course of two compilations, three albums, and several EPs, the London four-piece has somehow taken tropes familiar to anyone who’s heard anything ever given a label as damning as British indie—being: guitars, reverb, a whole lot of introspection, a whole lot of aching—and made them completely and totally their own. Their second album, Strange Geometry (2005), has proven more replayable than some bands’ entire back catalogs, likely because, as Peter Hepburn put it in his review of its follow-up, it “so perfectly [captures] quiet melancholy, beauty, and youthful alienation” better than 99% of the bands that have tried for any or all of the above. (Allow me to gush; allow hyperbole; this will salve the pain to follow.) That follow-up, God Save The Clientele (2007), imbued their music with an optimism and lightness it hadn’t ever carried before, yet the band retained almost all of their drowsy, plodding, grandiose strengths and benefited from the addition of a full-time keyboardist and string player in Mel Draisey. Obviously, they are very good at capturing very specific places and emotions (like quiet melancholy and youthful alienation somewhere damp) through only a handful of melodies and production tricks, but not that good at turning this into a profitable business model.

Frontman Alasdair MacLean describes the album by calling it “very spooky and tremendously sad” and “about watching yourself disappear,” but it’s hard for me to sympathize as well as I’d like; despite its autumnal leanings, Bonfires takes God Save The Clientele‘s spring-leaning pop and works it into a set of moodier, creepier songs that evoke, but never force, the uncertainty to which I think Maclean’s referring. In a stranger, contrarian development, MacLean’s Spanish guitar flourishes and the band’s newfound love for Herb Alpert-style horns bring about the biggest, brightest material of the band’s career, in spite of MacLean himself, who remains a songwriting voice perennially ephemeral, as if his vocals are now thoroughly imbibed with the futility of the band’s search for financial viability.

The album’s most overtly upbeat songs demonstrate this quickly. On opener “I Wonder Who We Are,” whatever darkness MacLean may be exploring in its verses gets a little lost as soon as the MIDI-tinged horns come in, and its chorus, replete with fast, bouncing, wordless syllables, is so immediate that it takes control of the song completely. “Share The Night” works off of a similar guitar rhythm and again the choral horns leave the first and greatest impression, over MacLean’s melodies, his lyrics, and whatever happens in the guitar solos between verses. The guitar solo occupies more of the song, really, than that afore-mentioned brass, but it proves nowhere near as surprising as a similar moment in Strange Geometry‘s “E.M.P.T.Y.,” where such a move, such an alteration in instrumentation, really was a drastic shift for the band.

So then there’s a solid eight or nine tracks of ghostly stuff, with “ghostly” serving as a synonym for “slower,” “featuring picked guitars,” and “overtly about the months of August, September, and October.” “Never Anyone But You” showcases the first truly great moment on the record as MacLean sings, “There’s a phantom in my breath / There’s a phantom in the gaps between my bones,” atop a near-perfect arrangement bolstered by Draisey’s violin and vocal harmony. The album’s title track is lush, finding its melodic hooks in Draisey’s piano lines and the pedal steel-sounding thing that leads into the song, though it may run out of ideas two minutes too soon. “Jennifer and Julia” would have been at home comfortably on God Save…, but this isn’t at all a problem; it’s gorgeously constructed while still concise. As is “Tonight,” where the band is able to take their expanded instrumental palette and make something so inversely, precariously intimate that it’s hard not to be absorbed, again thanks to Draisey’s contributions. “Three Month Summers” seems a universe away from their typical isolation imagery, abounding with Rhododendrons, stolen clothes, and MacLean acknowledging someone “smoking in a hatchback / screwing on your lawn.” He’s still a disconnected narrator, but his visions have never seemed more virile than they do here.

If Bonfires really is the last Clientele album, I’m going to be disappointed, and not just because one of my favorite bands won’t be releasing anything ever again. This really isn’t a suitable note to end on for a band that’s been so good for so long, and while I still expect the album to grow considerably, over a long, slow period of gestation, and while moments off Bonfires have already proven hugely worthwhile, predominantly because of the textures Mel Draisey adds, it still lacks the cohesiveness, the clarion voice, of a band singularly in control of a well-tread sound.