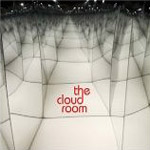 Named for the fabled penthouse bar in the Chrysler Building, New York retro-blah band the Cloud Room unfortunately doesn’t live up to the lofty association. I mean, even if the Chrysler Building as band hierarchy metaphor is boiled down to strictly New York-based post-punk-ish bands, it would be far more appropriate to name their band after one of the broom closets in the basement or something. All I’m asking for is a little honesty. Was it an honest mistake, fellas? Oh wait, sorry, wrong crap neu new wave band.

Yes, the Cloud Room is another new wave wannabe band that grabbed a keyboard and some spiffy duds and learned a few minor-chord riffs before thinking to write too many songs. And while their hot single “Hey Now Now” hasn’t been played on the OC just yet, it’s really only a matter of time. Now don’t get me wrong, “Hey Now Now” is mildly toe-tap-inducing and pleasant enough to pump gas to or some other equally mindless activity. The only problem occurs if you actually slow down and listen to the lyrics: “Hey now now / We going down down / We find the bus fare / We ride the bus there/ We find a new reason/ A new way of living.” Huh? The meaning doesn’t sink in after the band sings this for the twentieth time (all in one listen to the song, mind you), so I give up.

And then the next problem occurs: I listen to the rest of the album. Other than the pleasantly repetitive “Waterfall,” which gets major mileage out of a lifted riff, the album is devoid of anything I ever want to hear again. Back to the drawing board, Broom Closet; er, I mean, Cloud Room.