1. The Younger The Old 2. Seconds When It’s Minutes 3. Come To Mean A Natural Law 4. The Just Is Enough 5. As Tommy Fixes Fights 6. Ignore The Forest Floor 7. The Tense Changes 8. Your Palsy To Protect You 9. Nine Thousand Nautical Miles 10. The Older The Younger 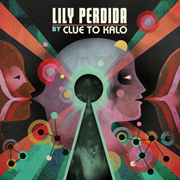 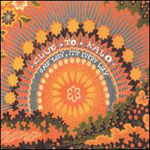 One Way, It's Every Way

It’s not often that music truly sounds effortless. Especially in the sample-driven electronic realm, the transition from one sound to the next is often blatantly obvious at best and ill-fitting or jarring at worst. When the disparate elements can be fused together in an organic, unified whole, the results are stunning: the Avalanches’ Since I Left You, Manitoba’s Up In Flames, and now, Clue To Kalo’s One Way, It’s Every Way.

The band’s sophomore release is less spectacular than Since I Left You, but sonic pyrotechnics are not the aim here. The acoustic, natural instrumentation employed in the sampling process lends itself to soothing, aesthetic sensibilities, as does the guiding hand of principal creator Mark Mitchell. Like Dan Snaith of Manitoba/Caribou, Mitchell adds a live component to his pulsing layers: his voice. A step above Snaith’s disembodied tones, Mitchell’s vocals are closer to Postal Service frontman Ben Gibbard’s. Mitchell shares the Death Cab cutie’s grasp of melody, but sings with a dry seriousness the over-emoting Gibbard sorely lacks.

Thanks to the use of real instruments, songs like “The Older The Younger” wouldn’t be too out of place on a late-period Elliott Smith album. Much of the curious appeal of Clue To Kalo lies in its approach to music-making--Mitchell takes his band’s parts and copy-pastes them not into synthetic IDM constructions, but lush, constantly evolving folk-pop. Much of the album is pastoral bliss, all high guitar notes flittering around keyboards and elaborate drumming, with the occasional sax and odd instrument. “As Tommy Fixes Fights” could pass for a mere pop tune until the drum machine enters two minutes in. It’s one of many expertly-placed additions that tweak the songs beyond hypnosis-inspiring loops; layers melt in and out of each other unexpectedly, like the tag-team harmonies of “Seconds When It’s Minutes” and “The Just Is Enough.”

Mitchell does more than explore sonic options. The lyrics, too, are a look at possibility. “As Tommy Fixes Fights” offers a bitter someone (presumably Tommy) a scenario where he reclaims health and happiness, but even in the imaginary situation (“The old rules of time are now obsolete and supplanted with mine / You can have as many minutes in the day as you choose”), the antagonist needs a concrete reason. Mitchell offers him one: “How about the horror of the season? Come on: the summer's done.” Lines twist through Seussian rhymes, masking a tentative acceptance of death behind the album’s sprawling celebration of life. It’s death that serves as the album’s under-arching theme, the paralyzing fear beneath every level of warmth and apparent confidence. Oblique references abound, from the heavenly rebirth of “Nine Thousand Nautical Miles’” (“Be twice alive with young and open eyes in a perfect place”) and the end-is-near acknowledgements of the opening and closing tracks. The final words, though, are optimistic: “It's freedom, my friend, to stop to start again.”

At just over forty minutes, the album comes to a satisfying conclusion with the string-laden “The Older The Younger.” It’s just enough time for Clue To Kalo to explore the boundaries between sampling and performance, electronically surmounted impossibilities and human limitations. In this way, One Way, It’s Every Way blurs a line between fantasy and reality, making a perfect mirror for Mitchell’s search for the unknowable meaning between life and death.