1. The Great Pan Is Dead
2. Pacing Around the Church
3. Confetti
4. Catacombs
5. Underworld USA
6. Icons of Summer
7. Alchemy and You
8. Burning Sage
9. Villains of the Moon 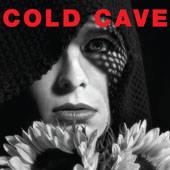 Obligatory comparisons first: Cold Cave’s sophomore album is a worthy follow-up to 2009’s Love Comes Close. If you were at all sustained by that accomplished facsimile of 1980s new wave/post-punk, then you will not be disappointed by Cherish the Light Years for all the same reasons. Which is to say that Cold Cave still sound like New Order and Depeche Mode, right down to the arctic synths, double-time hats, and melodramatic vogueing. If this describes your tastes, you can stop reading here and know that the record is probably worth your time. But for the rest of us, Cold Cave still begs all the same questions about the purpose and direction of this totally unnecessary revivalism.

For a project that sets out to faithfully recreate, it gets points for succeeding. Alien, vintage, anachronistic, stylish: the band is confident in their evocation of UK dreariness and robotic dance floor pop. But that faithfulness also leaves us with the same old discussion about the worthiness of a recreation when we’re not exactly lacking for source material—especially when the source material in question sounds so dated and irrelevant. And that’s not to imply that songwriters can only shoot themselves in the face with the shotgun of perpetual experimentalism; there are plenty of resources to mine here. But Cold Cave isn’t the Studio, a band whose aesthetic and songwriting draws from the same well, but who does much more with dynamics, song-length and the range of their studio gestures in order to explode these elements into landscape proportions. The Studio adapted new wave to their time, and to their audience’s attention spans. Cold Cave, on the other hand, perform expert echolalia of the genre’s most fundamental elements.

So, the execution is far better than you’ll hear attempted by lug-heads like, say, the Bravery, but the sentiment isn’t all that removed. Wes Eisold turns in on himself, gestures with a distinctly gothic heartbreak shot through with quasi-otherness, and ends up, predictably, with cynicism. “Underworld USA” is typically zero sum: apathetic disaffection from what Eisold perceives as America’s apathy and disaffection. He isn’t afraid to be accusatory, to use the mouthpiece of the self-involved to express his own deeply personal alienation, to characterize a person who sleeps during the day while the sun melts the ice caps away and for whom inheriting the earth seems like “so much work.” The message of the song “Underworld USA” is that there is no Underworld USA, only the appearance of or capitalization on one—that there is no upper and lower class, just one bland middle, as experienced through the lens of this bored songwriter. Again, the band is faithful in their recreation; new wave’s bourgeois alienation from the blue-collar, religious classes and the populist punks is posited here for the umpteenth time, and it rings as hollow now as it did then.

New wave fell apart a long time ago under the weight of its own skepticism. Populism is again on the rise, hysterical realism pervades our literature, sincere ethnocentrism our ethics; it’s not that I doubt Eisold is sincerely a sarcastic person, and so is probably the ideal candidate for an “authentic” recreation of such sarcastic music. It’s just that music this sarcastic also seems kind of shitty. The returns on bankrupt posturing are not diminishing—they’re diminished. Maybe it’s just me, but I’m ready to believe in something. When will a sense of urgency finally outweigh all this useless sighing?

It’s undeniable that the album moves with a sure sense of pacing, is well-produced, and pivots expertly through its on-a-dime arrangements. “The Great Pan is Dead” and “Pacing Around the Church” layer boilerplate bass strokes and guitar delay through their motions, and the drumming is particularly creative and engaging, dropping the songs through stages of up- and mid-tempo narrative. The tongue-in-cheek moper “Confetti” is slick as leather, if you can stomach lines like “I feel so good on the outside.” I’m again left to conclude that the project is expertly crafted, if you can get past that it will also carve out your insides and leave you bitterly empty and unfulfilled, not unlike an immaculately designed and wondrously bejeweled container used to carry one’s assorted uppers and downers. If this is your thing, you’ll be happy (sad?) to hear that Eisold has done it again, and offers us yet another beautifully written and comprehensively detailed chapter in the endless book of self.