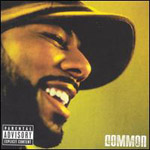 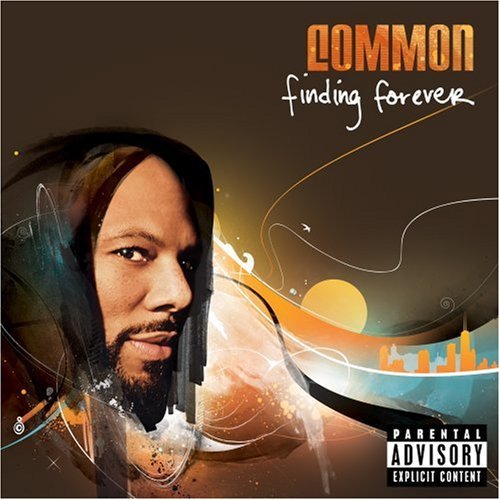 A while back, I wrote a series of reviews on recently leaked tracks from Chicago rap luminaries, and one of the conclusions I reached was that, on the strength of “The People” and “The Game,” Common’s seventh record had the potential to reach past years of wack earnestness and re-crown Common Sense the Midwest’s savior. Be (2005) was, after all, the type of record that inspired such hopes, and every leaked track from this follow-up bolstered these hopes with a newfound focus, an embrace of Common’s admitted corniness tempered by a rekindled desire to bring straight fire.

As it turns out, I was half correct: “The People,” “The Game,” and Superbowl anthem “Southside” are the blinding high points on a record that could’ve stood proudly alongside emceeing showcase Can I Borrow A Dollar? (1992) or artistic supernova Resurrection (1994) were every other track on it not a stomach-churning low point, a sticky wadded rag saccharine with phoned-in sincerity. I should’ve been able to tell from that “My daughter found Nemo” line in “The People” but I was blind. I was wrong. “Disappointment” seems an infinitesimal term when we have three career-highs sandwiched between a babbling Lily Allen, a D’Angelo’ed Dilla beat turned into another soggy love jam (“You got the soul with a figure to match”), a coffee shop ghetto lament apparently about Kanye (“He knew the president wasn’t addressing him / Though dead presidents was addressing him”) complete with flittering flutes and what I assume to be oompah loompahs going “dum” menacingly in the background. Defying all odds, Common and Kanye have made a record deserving of the title Finding Forever. (A fucking Will.I.Am track apes the Neptunes wholesale but sounds okay here through sheer lack of pretension.)

Yes, pretension: the critic’s easiest out, a word that somehow holds an artist at fault for being artistic. Critics too often forget that pretension isn’t an inherently good or bad thing — like all music, it exists in a living, three-dimensional spectrum, encompassing what makes both The Ramones (1976) and The Fragile (1999) good, what keeps Radiohead’s legacy buoyant and what purposes a principled stand against the Mars Volta. But the type of pretension that rears its fluffy manicured head on Finding Forever is one flatly insidious, lying in plush vibing harpsichord wait (“Intro”), in pattered bongo spoken word nobility (“Black Maybe”), and finally erupting in a 7½ minute crossharp-cooing, Crash-namedropping, butterfuck of pretension, exploding the boundaries of how fucking wack we ever, ever, ever thought Common could get. The career ends when “Forever Begins.” Or, at least, my attention to it does. His first two records will stick with me, but I’ve been burned too bad here: this is my goodbye, Common. I’ll take a few words’ liberty before we find forever separately.

Take off the flat cap, buddy. You used to spit; now you dribble. Quit glaring at me on the way to work from the billboard on Milwaukee Avenue; you’re no longer allowed to sell Converses to me. I’d hoped that Kanye’s continued presence in the outer stratosphere of popularity would inspire you, and Lupe’s emergence would light a fire under your ass (consider yourself dethroned), and the fact that a couple Cool Kids from your neighborhood are making the most interesting hip-hop in America right now might reinvigorate you. But I was wrong to trust you. Kanye, I’m not even going to discuss your production, because it goes wrong in so many places that it’s emotionally smartest for me to just forget this whole thing happened and move on. I’m placing the blame squarely on your argyle shoulders, Common, because that’s your face staring out of the three-hours-on-Photoshop cover, that’s your alias turned into a logo atop this ridiculous, career-ending shitheap, that’s your fucking voice I hear warning me about global warming with half the charisma of Al Gore and thrice the preachiness. You are rap’s Moby, and this is your Hotel (2005). Mr. Winkler, get out the waterskis.