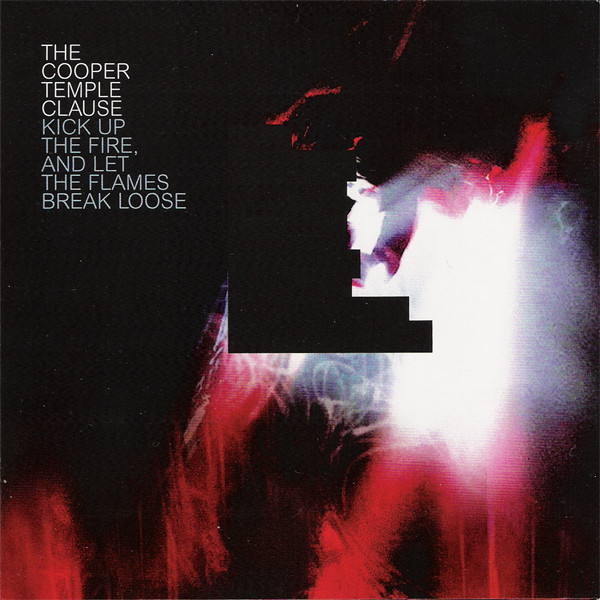 Kick Up the Fire, And Let the Flames Break Loose

“The British are coming, the British are coming!” screeched Paul Revere over two hundred years ago — little did he know what implications and impact subsequent British invasions would have on American culture. It’s been forty years since the Beatles galvanized America and caused the brouhaha dubbed as “Beatlemania" and, perhaps not surprisingly, they’re still very integral to the evolution of modern music today. Since then, numerous bands have followed in their shadow with dreams of being the next UK act that will intoxicate millions with their own sphere of influence and circus of attention.

This sextet from Reading, England, The Cooper Temple Clause, are yet another British-hype band trying to cause an uproar here in the States, and arrive on our shores with their second full length album, Kick Up the Fire and Let the Flames Break Loose (which according to the liner notes, is a title taken from a poem by Philip Larkin). Fire was released in the UK in August of 2003 to mixed press and now has finally been released in America. Their first album, See This Through and then Leave came out in 2002 under the radar, but the new album will probably change that.

The first track on the disc is the brooding, OK Computer inspired “The Same Mistakes,” where lead singer Ben Gautrey channels an uncanny mixture of infamous Oasis bad boy Liam Gallagher and Radiohead’s Thom Yorke. Their sound can best be described as Post-Grunge Nirvana rock meets sensitive singer/songwriter maudlin anthem music, with a combination of spacey, psychedelic-synth rock thrown into the mix, as well. The second song is the forcefully guitar charged, Vines-ish “Promises, Promises,” which borders on the nu-metal movement of Lincoln Park or P.O.D. But before you can hit the skip button, these young bucks manage to surprise us by turning the song around with a melody that will, unlike most anything that comes after it, stick in your head for hours after it’s over. “Promise, Promises” is the loudest and least introspective song on the disc, which, like its ability to stick in your head, can really be a good or bad thing depending on where you stand.

“New Toys,” like most of the songs here, is an unremarkable tale of heartbreak. On the methodical “Into My Arms,” Gautrey laments: “One night is never enough with you/Please come back into my arms so we can hold and share what we once had before.” At the end of the Low-esque song, there is a burst of keyboards, synthesizers and percussions that seem slightly ill-fitting to such a fundamentally morose song. Then there’s “Blind Pilots,” which manages to seperate itself slightly as an uplifting, guitar-centric tune about a shaky romance, but is still far from exceptional. The penultimate song, “In Your Prime,” is the album’s shortest track, consisting merely of two minute’s worth of echoed vocals and a complete absence of guitars. The closing track, “Written Apology,” is a ten minute epic that fluxuates between being completely somber and melodic to a crashing, spacey amalgam of ostentatious rock music. All of that said, none of these really stick out enough to be memorable or make up for their formulaic approach.

Kick Up the Fire And Let the Flames Break Loose is not an album that will usurp its UK predecessors; most of the tracks sound generic and like a lesser version of Radiohead, Mansun and Pink Floyd. The Cooper Temple Clause’s debut seemed more streamlined, focused and psychedelic than this, and it sounded much better than their new obsession with coalescing so many genres to little effect. But, all is not lost; there are some redeeming moments (the opening two tracks, mostly) and, of course, their fondness of bands like Oasis and Radiohead, which will probably cull them enough attention to save the record from being another record store graveyard. The Cooper Temple Clause are just another UK band trying to make a name for themselves without much to offer and, unIike the bands that paved the way for their arrival, have little to keep them from being another flash in a pan.