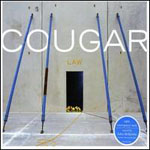 With modern rock, folk, hip-hop, or pop, recording an instrumental record can be a tough. We should be able to treat lyrics as secondary, but inevitably when we talk instrumentals it's just one or two tracks on an album; we get a pleasant transition--an underdeveloped idea to link a disc together--and then we get back to the meat and bones of singer-songwriter folk/rock/rap/whathaveyou. So when we get a disc of instrumentals, regardless of genre, it really does inspire some trepidation.

True, there are albums that can really pull it off and be all the more transcendent for it--