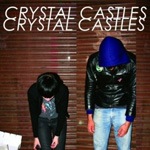 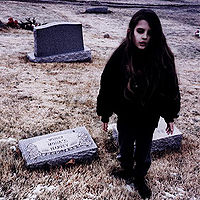 A collective over-fondness for character arcs is the only thing I can think to blame for the way the soap-bubble of critical acclaim, already stretched thin over Crystal Castles’ crunchy-on-the-outside/empty-on-the-inside debut, has managed to distend itself to encompass their newest offering. As a—full disclosure—relatively avid non-fan (Crystal Castles being a band that inspires fervency on both sides of the fence), when the leaks of this album first seeped onto the Internet, I was rubbing my hands together, bloodbath gleefully anticipated. My Schadenfreude has to be allowed to stretch its legs occasionally, and the release of Crystal Castles II seemed like a good opportunity, considering that a) this album isn’t really very good, and b) Crystal Castles kind of seem like jerks. The latter point of which is, or ought to be, irrelevant, but which still wraps the entire situation up in a big karmic bow. This is, after all, a band whose various exploits and exploitations led usually-articulate sensitive-man icon, John Darnielle, to write, “Crystal Castles can go to hell and stay there.”

So yes, in short, I was looking forward to seeing what a few spins around the hype blender would do to Crystal Castles II, an album that is mostly a big sheet of underwhelming draped over a frame of posturing. Admittedly, it takes a lot of attitude to prop up an entire album, and so kudos to the band for being able to build the moldings of a record out of sheer moodiness. But the icy synths and screechy vocals making up their angst are mostly dead weight, used not in service of the songs themselves, but to create an ambience of apathetic menace. The band’s projected character comes off like…remember all those rumours about how Marilyn Manson had his bottom ribs removed so that he could auto-fellate? Crystal Castles is more like if Manson could suck his own dick but just didn’t care enough to actually do it. It’s a marriage of angry neurosis and indifference. The point being, this album is probably great if you’ve got uptight parents you want to piss off and vaguely frighten, but at the heart of these songs there’s not a lot there: a vague air of minor-key sadness, swirly synth pads, and some pretty thin beats.

Nevertheless, and back to why my cruel sense of joy isn’t getting exercise anytime soon, Crystal Castles have again harnessed critical acclaim and fan devotion with this effort. It’s possible that the album isn’t as bad as I’m making it out to be, but the way this thing is scoring in Metacritic makes the blogosphere look like the dead sea. Why isn’t this sinking at all?

Maybe because Crystal Castles did the one thing you can’t help rooting for: they changed. Dropped their hallmark Atari-modded synths, deciding to rest on the ostensible strength of their songwriting rather than a nostalgia-powered gimmick. So now Crystal Castles are what creative writing teachers everywhere refer to as “round characters.” They’ve grown, changed, matured. But into what? While they’re no longer so simplistic that they can be described only in relation to ’80s video games, they’re still evolving allegorically alongside said games, meaning now that Crystal Castles have moved beyond their 8-bit Atari roots, they are essentially scoring games for the N64. Sure, the sounds are more nuanced and less jokey, no longer just Mario-burps, but as with the soundtrack to Banjo Kazooie, who actually wants to listen to that? It’s gone from chiptune—a gimmick, but at least a warm-hearted, itchy-thumbed one—to a silly emulation of legitimacy. The ocarina of time may have been fun to play around with, but no one wants the soundtrack.

“Celestica” is a prime example of Crystal Castles’ new approach. Boil it for long enough, and there’s still a song at its core. The vocals are piled with reverb rather than torn to bit-crushed pieces, and there’s a melody you can remember after a few listens. It’s nice, if you’re into swaying, trancelike, holding your pain. Just don’t try digging much deeper, because all you’ll find are cold synths undulating behind a heartfelt melody and bong-hit-philosophical lyrics such as, “Do you pray with your eyes closed naturally?” The vocal production sees Alice Glass’s voice dripping sugar streams, with occasional intervention from producer Ethan Kath, who knocks the melody down a few octaves into a sexless groan so it sounds like they’re biting on the Knife, but with milk teeth too soft to cut anything.

“Celestica” and its slightly edgier counterpart, “Empathy,” also demonstrate the band’s difficulties in marrying content and sound. Songs like these with any structural meat on them are too fey to exhibit the band’s main strength: their energy. They bob along like helium balloons caught in crosswinds, and it seems unlikely that there is an ultimate destination, or even an exploratory impulse, pushing them along. Meanwhile, those songs with any sonic heft are devoid of ideas, and ultimately empty. “Fainting Spells” and “Doe Deer” grasp for a harder edge, but the few musical ideas sustaining the head-bashing beats quickly spin out into irrelevance. The lead synths loop endlessly, and the vocals feel like an afterthought. And then there’s the Sigur Rós-sampling “Year of Silence,” which drags on for nearly five minutes sustained by one musical idea, that idea being “Check it out! It’s Jonsi!”

The band does eventually find a stride with “Baptism,” a song that’s actually fun and catchy, aside from brief musical interludes that sound like a gothic tribute to “Popcorn.” The band gives up on iciness and in to squeakiness, Alice Glass going all Cyndi Lauper, or maybe just Betty Boop. It’s the high point of the album, and it comes too soon. After that, it’s a bit of a long haul to the closer, “I Am Made of Chalk,” during which Ethan Kath gets to step out from behind the bass drum beats and experiment. Unfortunately, by the disc’s end, the actually interesting vocal manipulations are like a slow massage on a frayed nerve.

It’s not that Crystal Castles II is terrible. It’s just that it doesn’t live up to the over-the-top rumours and bratty punk attitude that the group is known for. It’s a middling album that managed to get the best of collective consciousness. Forget clothes. Crystal Castles is the emperor’s new house band. They’re riding on enthusiasm and dance-cave savagery temperamental fits. Which is fine, but hopefully next time, they’ll make an album that holds together better, and doesn’t leave them naked.