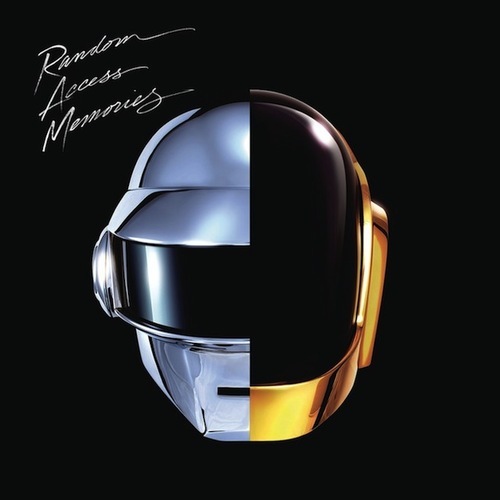 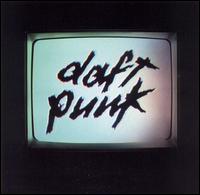 Human After All has already encouraged and will likely further encourage critics to make the easy pun suggested by its name; after the arty Homework and the kicking Discovery, Daft Punk have faltered and shown themselves to be…well you know.

But Human After All is so heartbreaking in that it doesn’t sound human. Not at all. It’s a shiny car stuck in first gear, a pure exercise in basic, stunted mechanics. Reading positive reviews of it ought to strike anyone who’s heard the duo’s first two albums as baffling - not a single song here measures up to even the weaker tracks on either their debut or sophomore effort.

It’s not that Human After All doesn’t have any promising moments in it. But the initial first-gear rev of the group’s creative engine barely even gets into the red zone, and certainly never transitions to any second gear. The interesting vocoder/guitar riffs of the opening title track, and the superb initial beat and thrash of “Robot Rock” appear and then just stall (with minor variations and builds) until song’s end. And that utter lack of significant progression or development worryingly dominates the album.

“Robot Rock” in particular is as frustrating as a potentially great song could be; even the most basically music-trained listener could chart at least three different possible growth patterns the song could pursue, only to see it dawdle into numbing repetition. That beat is a fucking monolith of groove, and its synth hook is a brilliant basis for a song that just never happens. Instead, like the industrial beat-waste of “Steam Machine,” (whose only curious development is a disappointingly brief beat breakdown), the Four Tet-aping “Make Love,” and “The Brainwasher,” (sadly, aptly-named) it remains a mere abortive sketch.

Perhaps the final kick in the nuts is delivered by “Technologic,” whose consumer-spearing twaddle is (as others have correctly pointed out) reminiscent of “Harder Better Faster Stronger,” but so damnably poor by comparison that its ugly impression seems almost calculated.

Daft Punk may be trying to portray pop as a predictable formula, but there are dozens of better ways to do it than by making their own music an exercise in that soulless hackery. Come on, boys-- surely you can do better than reiterating your vocoder hook with a sampled guitar hook over a flaccid disco beat on “Television Rules the Nation.” Yeah, the extra synths add just the most basic extra texture to an otherwise torpid tosh-track, but you recorded “Face to Face”! All this wasteful noodling feels like is a slap.

Whether or not Human After All--which of course, has not a single purely human voice in its midst--is supposed to be some great stroke of pop irony or self-reflexive wink is irrelevant. Boring, empty music that thinks it’s making a point is condescending and pedantic, assuming for its listeners that they need to be taught a lesson. And fundamentally, it’s negated by music that does do interesting things with formula and cliché. Personally, I’d rather think of Daft Punk as having made an honest mistake; at least it wouldn’t make them nasty and snobby. And it would at least suggest that they might rebound from this, the nadir of their career.