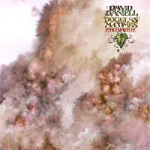 Though David Daniell and Douglas McCombs have ample experimental guitar and semi-noise notches in their respective belts, such avant-jazz leanings as those offered on Sycamore didn’t seem possible until they launched them together. It’s a simple enough formula: guitar, electric and acoustic, patterned delicate and sparse over crystallized ambient music. But there’s something maddeningly imprecise about the results, something playfully unsettling that only emerges after repeated listens.

Ultimately it’s that there’s something very dynamic about the way guitar is here isolated—pushed way up into the mix in its acoustic iterations and left to waste in jagged shards when electric—that seems entirely cognizant of the rich associations the instrument carries. Guitar, that cogent, historical thing out of which seemingly every musical subculture and rebellion of note has poured, is so concrete, so formidable. Ambient, on the other hand, is…well, no one except maybe our Managing Editor Mark Abraham quite knows what post-Eno ambient is, and Eno’s ambient was decades ago. The two musics, combined here with a percussionist-like arrangement of drums that are subsumed into the twinkling, fractured background, play off of one another. They don’t define one another so much as expose the already established definitions of the other, place them askance, and build. “Bursera” alone goes through enough half-born movements as to immediately suggest that the guitar is simultaneously the clumsiest, cheesiest instrument known to man and wholly indispensable.

Ambient, too, has been saddled with these misconceptions and stereotypes—New Age for the cool kids, a formula of diminishing returns, etc. 2009 by contrast has been the year that ambient grows beyond the borders imposed upon it. The cacophony that arrives like a noise rock tributary in the closing minutes of “Bursera” places Sycamore with the plethora of albums from 2009 that aren’t ambient music, but effectively use and obviously love ambient music. So Daniell and McCombs, like the guitar and ambient, play the gawky, misunderstood bedfellows whose mutual marginalization cannot help but craft something invigorated, trenchant, vibrant.

Arising as these songs so naturally do out of live performances, there are moments during which the themes and movements click and moments when they (necessarily or unnecessarily) clash. Each song seems to begin with the same mawkish offering: a gentle confluence of ambient noise punctured by the shimmering jazz signifiers of those guitars. Percussion emerges like padding rain on tin surfaces. The dynamics swell and shift and build towards a cathartic, messy pastiche—it’s hardly world-burning innovation, at least insofar as this type of music goes, though it’s done so well that it hardly matters. Concision is obviously thrown to the four winds, and yet none of these (long) songs, not even the fifteen plus minutes of “Vejer de la Frontera,” feel wasted.

You’ll find boxes of records like this—experimental avant-jazz guitar noodling noise records are surprisingly abundant, in milk crates and cardboard boxes, usually on the lower shelves. (A confusing number of them were produced in the 1970s in Italy). But it’s the addition of those ambient elements, and the awareness of those interlocking and yet so mutually exclusive elements—the guitar and ambient electronics, like feuding twins—that makes Sycamore a very good record.