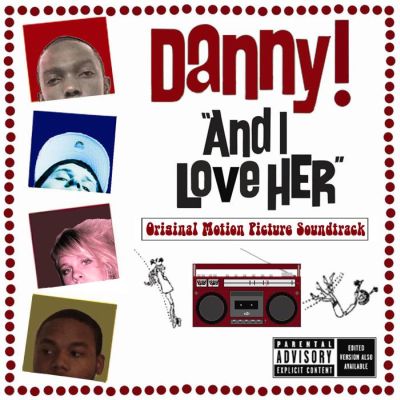 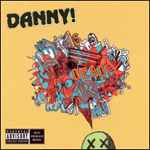 Danny! (Yes, Danny! goddammit. I'm going to use that exclamation point every goddamn time, no matter how hard Microsoft Word tries to correct it.) Danny!'s Wikipedia article is a soap opera full of against-the-wall comebacks, collegiate scandal, leftfield deus ex machina successes, despair, scorpions, Kanye comparisons, and an almost-Grammy nomination, all building toward this eight-track semi-suite cookie designed to get hips hopping for a forthcoming Def Jux debut; hips are hopping. Also, I am apparently on Def Jux's jawn these days. Danny!'s Is Dead! EP is a winning affair packed so full of hip hop in-jokes that the effort feels at once dense and breezy, a self-contained presentation of production prowess that doesn't dazzle, but shines.

The Danny! story is new to me; I bumped into his exclaimed name when he first won some MTV/Def Jux contest for college musicians, hit his MySpace page briefly, and moved on. But I've got the Danny! story down now that I've kinda fallen in love with the record, and this is because listening to Is Dead! is listening to the Danny! story, because he doesn't rap about rap, he raps about rapping, and he raps about him rapping. And sometimes he just raps about him. The Kanye comparisons that once plagued him--naming a 2004 chipmunk soul record The College Kicked-Out helps no one--can be leveled at the emcee as easily here. Danny! hits the mic with a sort of post-Kanye self-critical hyperawareness, treating his life's milestones with the same reverence other decades' rappers reserved for, like, money and shit.

But a Kanye comparison here would also be a lazy one, because Danny!'s a writerly emcee, building each of these eight tracks with a singular focus, rhymes tumbling over beats toward something greater than just the next punchline--as plagued, ahem, Graduation, among other things. Danny! has an appealing practice of showing instead of telling: there are no lessons on hip hop culture to prove his (sigh) realness, but his rhymes bustle with the geekiest sort of hip hop fandom, lines like, "My pensmanship is intricate / But Jay already said it / It don't get you shit / So I would write it / If ya'll would get it / All ya'll would-be critics / Must-a mistook me for an idiot" coming cleanly from a trilling hi-hat and violin swirl. The EP is aware of itself as a record, naturally referencing itself as a release as often as Danny! references himself as a musician. Maybe a habit that urges close listens, but often the beats seem built toward this effect, to bolster the appealing rhymes more evenly into the ear.

The ears welcome it. D. Swain's production aesthetic is a floral, coruscating tricked-out confection, recalling Psalm One's ultralush turn last year but with a percussive emphasis on the high-end. This means on a track like "Café Surreal" we've got eight hi-hats per measure, maybe three dull snare rimhits, and zero bass kicks; on the sublime Tribe retread "Check It Out" the ratio gives us (I count) ten forward hi-hats and maybe five deadened bass pulses. Part of this is just, you know, the nature of drum programming, but in practice--and paired with these vivrant clouds of samples, and with Danny!'s earnest bleat--the whole EP takes place in the upper register of your stereo. A rap record like this year'sUnderground Kingz has the sonic architecture of a tank, all focus on an impenetrable low end; records like Food & Liquor (2006) or Lil' Wayne's recent Da Drought 3 are orblike, the speakers' attention daringly rounding on the vocals in the middle; Donuts (2006) may, in its miniature palatability and appearance of two-dimensionality, be something like an acre of bubble wrap. In this schema, Danny!'s new EP is a sturdy but young tree, the low end a thin stump upon which the samples and rhymes bloom like foliage.

Accordingly, it's a grower. It's grown on me. It's "promising." I'm eyeing that Def Jux debut eagerly, sort of the No More Heroes to Lupe Fiasco's Super Mario Galaxy in my metaphorical anticipation flowchart. What clicked on Is Dead! for me was that, in pinpointing (and relishing) Danny's musical touchstones, in realizing the intelligence with which he's subsumed his Native Tongues influences, I unearthed a second and stronger vein of musical lineage. Because this is the work of one guy exclusively and it is about that one guy exclusively, its quality remains decidedly insulated, recalling a host of bedroom symphonies but most obviously the bleary, delusional brilliance of Basehead's seminal Play With Toys (1995). Danny! ultimately seems more obsessed with his own mythos than the haters he so frequently references; that Wikipedia article is starting to feel self-penned. I say a line can be drawn, in Danny!'s intent and effect, toward the effortless and unintended self-mythologizing of Elliott Smith, or the quiet pasty obsession toward sunshine of early Beach Boys. I'm overstaying my welcome here, but if this record is a tree it's realized and realizing alone in a field like some meditative Conrad L. Hall shot. What I'm getting at is that this is a pretty remarkable thing for an EP to accomplish.