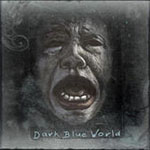 I’ll cop: I’m a bit of a prog geek. If you inadvertently ask about it while at my home I’ll probably spend hours leafing through old King Crimson albums to play my favorite snippets of Fripp and everything would get awkward as I continually point at the stereo screaming, “but did you hearthat?” You probably shouldn’t come over to my house. Although I’d probably make a nice antipasto plate so it wouldn’t be a completely awful experience.

But prog is only partially about instrumentals, or time signatures, or technical virtuosity, or the decadence of the ‘70s—that’s all there, sure, but it isn’t quite the point. The thing about prog—the central paradox upon which it operates—is the willingness to explore a vast array of moods but also the willingness to deflate those moods on a dime. That emphasis on change means transcendent instrumental moments become puzzle pieces that combine into fleshed-out pictures of a band’s subjects—rather than a central riff—which in turn allows the subjects themselves to be more complexand to have that complexity tied to the music.

Prog reached its zenith the moment it exploited its emotional connections with glam and rock to shoehorn this complexity into the mainstream, colliding with the pop deification of David Bowie, fusion, the growingly complex compositions of rock and heavy metal, and the studio trickery of Pink Floyd. I mean, this all happened right at the point where punk and disco ruptured the whole zeppelin, but you can’t account for history, right? But that intersection right before the fall—it’s a rather elaborate image that shows why Dark Blue World is the kind of prog band that results from such a fusion, in the sense that they romanticize their subjects and orchestration under the prog-incubated assumptions of what pop music can be. And these are epic songs, certainly; they breath sadness and celebration in the same breath because they own that paradox, all while retaining status as pop through their brilliant narratives and insularly intricate musicianship. And, of course, it helps that vocalist Elizabeth Fischer has one of the most fascinating and wonderful vocal deliveries I’ve heard in years.

Her lyrics wrench the dividing line between the mundane and the transcendental, lingering on static images of momentary juxtapositions that microcosm the dismal stories she relates. But also, in reducing horror and melancholy to brief images and the monotony of everyday life, the songs become weird celebrations of pleasure. Check the delivery of “my flowers fell on the floor / and I had never seen anything so pure / so dangerous” on “Melancholique”; the track blends disturbing lyrics with beautiful melodies, the camp delivery belied by the concentrated guitar work of Ron Samworth and Tony Wilson and lines like the concluding “the world is going to break you eventually.” “Evening Wolves” works similar wonders, crafting a nervous series of tics atop Skye Brooks’ stuttering percussion and Pete Schmitt’s pronounced bass line. Fischer delves into the world of wolves with an enthusiasm that might be off-putting if the overall tone didn’t suggest that off-putment was the point. Deep in the background, scraping wind noises open-air the track, hollowing out the middle like a melon-baller until the tale becomes one of a zero sum game where the stakes are high but the reward is empty. Fischer’s repeated chants of “throw open the window / throw open the door / take what’s yours” prove that these wolves walk erect right before the band launches into a thrilling noise assault of feedback and percussion, with only Schmitt keeping things tight.

“Church of the Blind” slows down the vibe of Bowie’s “Sound + Vision” into a latin-tinged workout during the verse. The chorus is a 180, as Fischer croons “and the angels keep smiling from inside picture frames,” measuring her explosive meter over the suddenly ominous guitars and Brooks’ toppling toms. “Cafe Lovely” begins with an early Modest Mouse intro before clenching lovingly kitschy string accents that add a calculated air of pretension to the proceedings. The sliding power chord segues between sections evoke early Archers of Loaf, but Fischer’s smoky-spotlight vocals tend to push this in the vicinity of “musical,” right before the band launches into a heavy instrumental section. Throughout, forlorn feedback washes the roots of the background noise, giving the track the necessary depth to pull all of these conflicting emotions off straight-faced. “Night Face” starts gloomy before routing into a hypnotic chorus; this is likely the track that sounds closest to Scott Walker, my immediate point of comparison for the type of conflicted desolation Dark Blue World evoke.

“Shit Happens” opens with one of the most delicious guitar licks on the album as Fischer tells us, “every story has already been told.” The melody on the chorus, accented with plucked strings, conflicts with the basic premise: “shit happens / in the promised land,” but from the sound of things you’d think Dark Blue World was excited about it. Strings join musicians as Fischer declares we “improvise our way through life.” But if we do, why is “Well Oh Well” so wickedly upbeat with accordions and raucous trumpet solo over a gypsy beat? “Displaced Persons” is beautiful, but it actually functions as the calm before the storm. “Turn It” employs eastern scales as an intro, faking the acoustic resonance of a sitar before a guitar/bass duet leads us into the song-proper. The lead guitar works a little like Martin Tielli, zipping in and out of the proceedings, punctuation clauses, and splaying across the canvas until the band locks into the most direct King Crimson homage on the album, utilizing the duel guitars perfectly, and then one loud power chord takes us into a bass-heavy section which just builds. Fischer rises to the challenge of the band—which is just sort of decaying in the background like a mushroom cloud— by letting loose a howl that is simply fucking intense. The band falls on the edge, and the outro is marvelous, bone-chilling, and enheartening all at the same time. It’s also, excepting “ioa” on OOIOO’s Taiga, the best album closer of the year.

The album stalls a bit at points because the band is pulling similar tricks, but the overall intent is overwhelming: to explore melancholy in counter-intuitive ways, to comment upon the small pleasures of life by interrogating its meaning, to throw the kind of folk songs where the mutilation of bodies was commonplace back into common rhetoric, to set music to the lushly dismal narratives Fischer delivers. It’s a bundle of contradictions, but watching such a unique band work through them is its own pleasure, and one we should all experience, piece by piece.