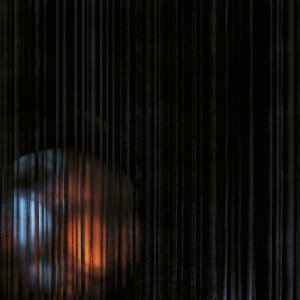 Six years is no time at all in ambient music. If your work, ambient musician, doesn’t feel timeless for at least half a decade, or long enough to help fuel a minor assault sentence, you may as well give up on atmospheric leanings and instead invest in a drum machine/actual instruments.

It’s been six years since Erik Skodvin and Otto Totland first butted heads, proving to the world that two exiled Norwegians can do more than teach foreigners about the delights of Hoegaarden Wit beer. For fans of Deaf Center that was six years too long, though they’ve had plenty to cling to in the meantime: the ambient duo’s debut Pale Ravine (2005) was so timeless, so weather-beaten, and so strangely prophetic of modern classical with its sprinklings of piano that you could almost forgive its creators’ six-year silence. Skodvin had (and still does) his Svarte Greiner side project where he pours drone music into the underworld, and Totland sneaked out a mini-album, but as far as the Deaf Center setup was concerned, they may well have been serving actual prison time.

Then, late last year, there were rumors. Totland and Skodvin were back in the studio making music, and it was music so hypnotic, storm-blasted, and flecked with ivory that it could beat Beethoven’s mother in a fist fight. Sure enough, following on from one leaked track on Soundcloud, they now deliver Owl Splinters, the best possible follow-up the fans could have dreamed of, particularly if the fans’ most sensuous dreams involve Johnny Greenwood producing a film score. One that could out-weird Daniel Day-Lewis.

So, how do you surpass a debut record that’s had six years of slow-burning impact? You take the same formula, slow it down imperceptibly, and then apply white noise until you’re facing an Australian cyclone. Having cleared that hurdle, you then countermand the howling with the world’s gentlest piano scales. Because for all Skodvin’s brewing fury and drone attacks, Totland can make you feel safe in only one tinkle, as demonstrated on the aptly-titled “Time Spent,” where he humanizes static. Yes, having made it through the sandstorm of opening track “Divided,” Deaf Center 2.0 attempt a little lost lullaby, one which stares down biblical strings with the music box from a psychological thriller movie. This is no starchy classical being trooped out here, just a strange, frozen ballet. The barely audible crinkling effects will have you checking your window for rain, and as Totland wheels out yet another grand piano and plays it two rooms down from the mic, Skodvin wheezes in return, building winter gales into into a hulking organ grind. By the time you’re halfway through the album and into the monolithic “The Day I Would Never Have,” the Owl Splinters atmosphere matches the one on Jupiter: contorted, inescapable, 82% ammonia.

But, for a Type Records release with at least one doom-drone originator at the controls, OS‘s greatest feat is in its restraint. The urge to collapse into all-out roaring is there for the whole forty-three minutes, but Skodvin and Totman have made a sort of pact: you stay feathery on the piano, I won’t go to Hades in the mix. “Close Forever Watching” is a fine example of the slow, beautiful scraping that these Nords can dish up in a blink, and if you don’t feel stirred by the ghosts of “Teardrop” on “New Beginning (Tidal Darkness)” then, frankly, you’re unstirrable. It’s this continuous tilting between oblivion and relief that makes Owl Splinters so intriguing; these strange little shifts, like the moment on “Animal Sacrifice” where Skodvin picks up a cello. You couldn’t produce noises like that with an orchestra, not unless the conductor is willing to admit a wind machine into his string section. And that will never happen because four tenths of all concert attendees tip too generously and wear wigs.

If the Coen brothers need something reliably deep to help flesh out their next spiritual Western, they should push Josh Brolin’s CV to one side and put Owl Splinters on their desk. This record won’t let the weaker elements perish, or remember that it was once in The Goonies and then punch Diane Lane in the face. This record’s good for six years.