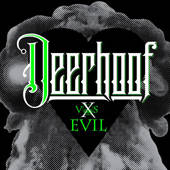 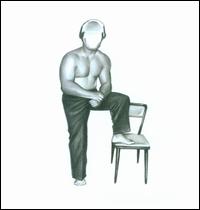 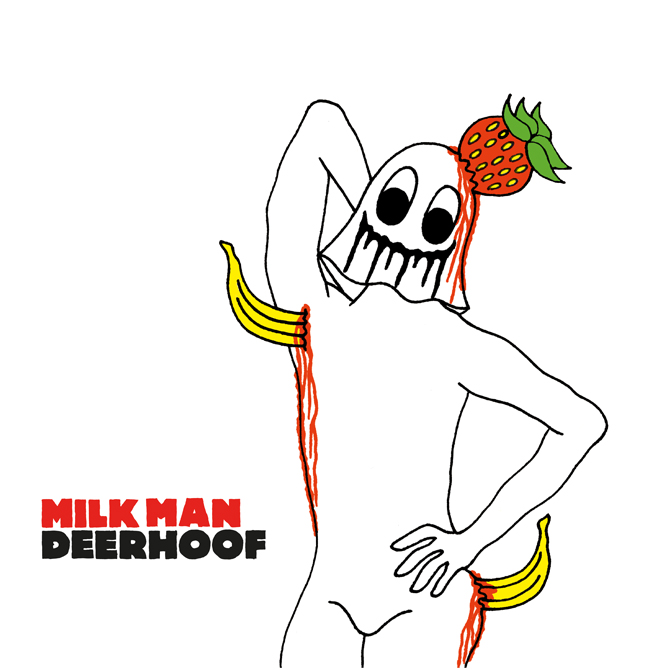 Deerhoof have never been a band struggling with identity. Since The Man, the King, and the Girl, their exhilarating bliss-out mix of cuteness and guitar/guitar noise fireworks has been something to expect, nay, anticipate, in all subsequent releases. If nothing else, Satomi Matsuzaki’s vocals have been there as the constant identity-stamp, even through minor variations over the course of Deerhoof’s career. They evolved from Boredoms-lite into a full beast in their own right, attaining the signature guitar wildness/restraint dualism that, along with Matsuzaki’s vocals, defined 2002’s brilliant Reveille and 2003’s near-equally brilliant Apple O’.

But perhaps prolificacy (two brilliant albums in two years, and now this) is rather a double-edged sword for Deerhoof; eager anticipation for the signature Deerhoof brilliance, after two satisfying albums, has turned into mere expectation, and it doesn’t need saying that great albums defy or exceed expectations. That is to say, Deerhoof is churning out albums, at least a couple of which have been phenomenal, but perhaps now is the time to slow down and ponder either a new direction or some bigger-scale song-writing development.

I never thought that last statement would come from me; one of the elements of everyone’s fave San Fran weirdo-pop band has been their apparent spontaneity; tying their spastically ingenious ideas was a mere afterthought, and therein was part of Deerhoof’s enormous charm. But Matsuzaki’s darling vocals are bordering on becoming trite, and the band’s thunderbolts of seemingly disjointed and wily guitar hookery are no longer enough to sustain further Deerhoof efforts.

The band undertakes, occasionally, a more song-ish approach to their compositions on Milk Man. But nuggets of melody don’t always reign supreme, to what will be the disappointment of many of the band’s longtime fans (though some avant-gardism wouldn’t hurt, in my book). Despite all this, the band seems in top form with the opening title track. It begins with a nice bit of bass and guitar melody interplay, before ripping into hyper-melodic chord cascades and then blistering booms of fuzzy feedback. Matsuzaki makes her darling entrance, to a somewhat disappointing background of strumming that’s fleshed out by her keyboarding and ambling guitar. But it’s when Matsuzaki and company lead back into the main melody that they shine again; and the power of John Dieterich’s ax, especially in conjunction with Chris Cohen’s second guitar, is expectedly phenomenal, as they alternate between pounding on feedback-laced chords, strumming delicately, and doing more intricate fret-work. The transitions between ideas are unexpectedly well-handled, and as the song rounds out its over-four-minutes (gasp!) length, it looks pretty surely as though Deerhoof have rounded a bend in their creative path. It seems, at least, that they’re now on a new direction to slightly wild but nonetheless subtly- and superbly-conceived pop. Not only that, but Matsuzaki can finally hold her melodies as a vocalist, making her cutesy Japanese voice eminently enjoyable where it was merely bearable before.

Regrettably, the starting peak proves to be far too high for the rest of the album, which fails to achieve such grandeur again, excepting a few rare moments. “Giga Dance,” with its mildly preposterous Dracula Mountain vibe, seems indicate amnesia of sorts; as quickly as they’ve introduced their most promising elements, Deerhoof forget about song structure and instead string together a series of almost incoherent, though individually clever, ideas and hooks. The soft/thundering balance between Matsuzaki’s light vocals and the band’s always brilliant guitars breaks at the fulcrum, and the song fades out on a discordant note that seems to unwittingly testify to its lack of cohesion.

In a teasing moment, “Desapereceré,” one of the album’s most beautiful and delicate tracks, arrives like a deceitful, softly glowing savior, riding on the serenity of lovely keyboards and quiet clicks. While it can’t compare to the complexity and overall strength of “Milk Man,” it does provide a startlingly different and mellow slant on the band’s sound, one that they could certainly pursue further on their next effort. But from there on out the verdict is decidedly one of mixed-to-terrible results – “Rainbow Silhouette of the Milky Rain” works occasionally thanks to The Guitar Duo, but any striking musical phrases are few and disconnected. Crumpling on the heels of the overextended “Rainbow” is “Dog on the Sidewalk,” an abysmal and completely unexpected failure of a non-song. Working with foolish-sounding bongo beats and meaningless feedback cut-ups, the song’s utter lack of any worthwhile melody, or any hook at all, is baffling and, plainly put, retarded. It’s like a sidenote in Fennesz’s book of stupid ideas he wished he never thought of. “C” plays similarly, failing, in the end, at the quirky minimalism it valiantly attempts.

“Milking” eventually makes up for lost ground, but disappointingly, by this point, and for the rest of the album, the inevitable truth seems to be that either Deerhoof have either run out of ideas, or that they were just too lazy. Several songs on Milk Man have the potential to be molded into more thoughtful experiments to please the composition-lovers in us, but the hard fact (as a man who has loved this band since I first discovered them four years ago) is that Deerhoof just don’t make that final push of effort.

Milk Man isn’t an utter tragedy, to be sure, even compared with Deerhoof’s previous efforts. But it is a sudden drop in overall quality and consistency. Unless the band takes some serious time to think about their songwriting and direction (ignoring Spin‘s many-years-too-late hype) a subsequent fall as bad as this one might break the band’s bruised legs, and harden my now semi-broken heart.