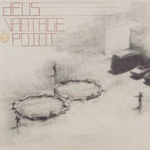 dEUS arrived fully formed with the art-rock assault of “Suds & Soda”: a grunge/jazz hybrid that seethed like Dr John, menaced like the Velvet Underground, and rocked like Alice In Chains. 1994’s Worst Case Scenario more than lived up to “Suds & Soda”’s eclectic promise, delivering gnarled angular nuggets that echoed Tom Waits, Frank Zappa, and Girls Against Boys. It’s easily one of the best albums of the ’90s, a Nevermind (1992). And although its quirky histrionics failed to grab the public in the same way Nirvana’s opus did, its relative obscurity gave dEUS the luxury of experimenting and tweaking their sound without disappointing a mainstream fan base.

Throughout their last four albums they’ve been slowly smoothing out their avant-rock leanings to the point where 2006’s Pocket Revolution recalled U2’s everyman anthemics. Vantage Point is another step in the same direction. Plucking songs at random—such as the stadium sized ballads like “Eternal Woman” and the minor-key gothic lurch of “Slow”—with the Knife’s Karin Dreijer Andersson guesting, it could seem like dEUS want a piece of Coldplay’s pie. In fact, the decision to invite Elbow’s Guy Garvey for vocal duties on “The Vanishing Of Maria Schneider” seems almost too calculated to be taken seriously. However, it would be unfair to see dEUS played over the end credits of some shitty faux-independent romantic comedy, where some messy haired schmuck loves a girl in horn-rimmed glasses…but he treats her bad…and she makes collages…and he’s standing in the rain…holding one of her collages…and she’s died of cancer. Probably starring Mark Ruffalo. The inventive schizophrenia that made fanboys out of Muse and Radiohead has not been completely exorcised.

Opener “When She Comes Down” broods like The The with an adolescent grudge. It manages to mix cinematic sweeping choruses with Talking Heads afro-guitar licks and a deliciously gruff backing vocal. “Oh Your God” matches guitar pedal melodrama to one of those rambling stream-of-consciousness rants that only Tom Barman and 1950s beat poets seem to get away with. The largest departure is the schizoid funk of “The Architect,” which mangles Afghan Whigs’ “Something Hot” with a convoluted angular guitar riff. “Favourite Game” opens with a menacing two-dimensional guitar riff and is immediately plunged into nauseating dissonance before surfacing for air in a harmony rich chorus. The physical expressiveness of the song structures make them feel like snatches of madness, like witnessing a laid-back and serene friend suddenly explode in a vicious tantrum.

But even on the sweetest of tracks there’s an underpinning ragged tension. This is partly due to Tom Barman’s vocal delivery, which careens from stage whispers to raving like a preacher and partly to his broken English lyrics. “Eternal Woman” opens with a killer lyric—“Let’s build a cult of two”—before unfolding into a cloud of hazy strings, subdued echoes and a crystalline chorus: ”Eternal woman, are you listening well?” This strange phrasing elevates the shop-worn sketches about smoke-filled rooms and femme fatales above emotional clichés about being happy or sad or angry or horny into something more alien and refreshing.

And it is this which makes Vantage Point such a satisfying listen. The album lyrically and musically explores illusory un-pin-downable sensations—those fuzzy emotions from the grey area of the human condition: listlessness, graciousness, ennui, acceptance, regret, fallibility. “Smokers Reflect” specifically is the best example using brushed drums, lolloping bass, simple piano line, and chiming guitars to transport you to that foggy contentment you experience at five in the morning, walking home with a new partner, when you can almost feel “love” taking hold. By the time the sing-along chorus of “Popular Culture” streams out of the speakers like so much sunshine, replete with campfire chanting and glockenspiels, you’d be forgiven for feeling a little bit teary eyed.

Ultimately, Vantage Point will not shock or surprise you with the same exhibitionistic ferocity as their debut but it will engage you with its emotional range and scope.