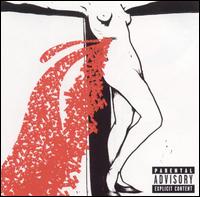 Tweet
Yesterday, I went to the NME website. The only reason for doing such a thing? Well, I have been writing fairly serious, often-times conciliatory reviews of good music. But now I was in a Roman mood. Not for abusing little boys. I mean, for crucifixion…you know. I just wanted a really shitty band to rip into. 10 to 1 odds said that I could find whoever the last hype darling was for this amazingly awesomely authoritative publication, and they would suck. My prayers were answered, for the Distillers offered themselves up for the sacrifice. They took the bullet, and, just for me, decided that rather than do anything even remotely original, they would create a fake punk album that would be such irremediable shit that I could finally smack someone with a rating under 20%!

But here was a conundrum. Here was the potential guilt trip: the lead girl has been through more shit than…wait, not really any more shit than just about any rock star. But still. I felt I should have sympathy. Of some sort. And I did. For her and her plight. As I would for any unfortunate soul.

But you see, the Distillers, the band, want to be crucified. Look at that album cover. Holy shit. A CRUCIFIXION of a CHICK, with BLOOD GUSHING OUT OF HER. I'm SHOCKED. So shocked that I decided that I HAD to…download the album. I mean, seriously! Look at the titles! "Drain the Blood." "The Gallow is God." "Deathsex." "Die on a Rope." Oh, my masculinity! Feel it wither, feel it shrink! Feel me bend under the Distillers' obvious raw rock! Hey, did you know that raw starts with the same letter as red??? And RED is the color of BLOOD! And blood is spraying on the album cover! HARDCORE. Hardcore indeed, hardcore like simple, repetitive guitar lines, irritating vocals, and more ripped off riffs than you have eyes to be torn out of their sockets by pissed chicks!

Maybe I'm not being clear in letting you know exactly what I think. So in plain terms: this album is an abomination. It is without reservation one of the worst albums I have heard all year. If you were thinking of spending 10 bucks to maybe pay someone to flog you, the better option would be to just buy this album. It's more irritating, will entail infinitely more suffering. You might decide, were you about to commit suicide, that there was a reason to live because you would have such incontrovertible evidence in front of you that there are at least four people who suck a hell of a lot more than your life does. Maybe I'm being bitter, but when a band like the Distillers comes around claiming to be the real thing, to give it an ounce of cred would be tantamount to me forgetting everything I love about music.

More importantly, bands like this need a lesson in how shock value has never validated, and will never validate, crap. It is, in part, one of the reasons that Peaches' Fatherfucker is as bad as the name sounds. My little brother can write gruesome shit and call it lyrical content. But just because you've had a terrible life doesn't mean that absolute trying-to-offend-you-to-so-I-can-get-you-to-cringe-and-point-a-finger-at-you-and-call-you-sheltered horseshit is passable. The better solution is just to write good songs that communicate whatever life disasters have happened to you. In fact, the irony of which the Distillers seem unaware is that these songs just sound like punk-pop; half of these tunes, were they sung by a bratty 16 year-old, might be Sum 41 tunes. You'd just have to tune out the lyrics about evisceration and questions about how you're going to die. And believe me, there's no irony involved.

The reason I've spent so many paragraphs talking in abstract terms is that there's so little to talk about musically. There are guitar lines so simple I could've composed them drunk (hm…maybe that's it!), the drumming is pathetically simple, the singing is bland and irritating, and the only evidence of a bass that the band claims to be a part of its setup is the occasional "hey, we've got a bass!" interjection between tepid guitar riffs. More painful is the Distillers' lack of a realization that it's a bad idea to try to keep awful songs going for any longer than 50 seconds.

I give up. Here's my solution. From now on, perhaps I'll just give each album I review as many paragraphs as are proportional to its quality. Or maybe not. After all, you probably ought to hear more about exactly why you should avoid the Distillers than, "Run." Or maybe you don't need to hear any more than that at all.