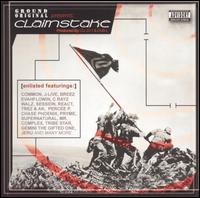 Of all the urban cultural forms, hip-hop is the most innervating and also the most temporal. Existing in a stylistic state of flux, the hip-hop movement has in the past decade become a phenomenon of two separate spheres: the mainstream and the underground. At least, those two spheres used to have some degree of separation. Mainstream hip-hop would typically glorify the hedonistic life while the underground attached itself to more socially conscious values; certainly, there have always been elements of each in the other, but now those values have become far more interchangeable and hybridized. Furthermore, the aesthetics and content of the music and rapping of each realm now draw closer to a mirror image. This hip-hop sphere blending is evidenced by the more typically underground soulful and personal flavor of major label recent releases by Kanye West and Cee-Lo Green while many artists on independent labels such as Def Jux, Rhymesayers, and Stones Throw currently enjoy some level of crossover success.

The Piecemaker 2 by Tony Touch and Claimstake by DJ JS-1 and DUB-L serve as two hip-hop documents that exemplify this convergent trend. The superficial similarities are helpful in making the comparison; both LPs are 19-track DJ projects that feature a slew of high-profile rappers. In the case of Tony Touch, the rappers come primarily from the mainstream: Redman, P. Diddy, Fat Joe, Raekwon, Method Man, Sean Paul, etc. With the Claimstake project, the rappers come from the upper echelons of the underground: React, Jemini, Supernatural, C Rayz Walz, J-Live, Breez Evahflowin, etc. However, the Tony Touch project certainly contains many underground vocalists just as its counterpart features names like Common and Jeru the Damaja.

The Piecemaker 2 begins roughly with a slow, dark, Latino-spiced beat on “Tony Navaja” that bleeds almost directly into the similar “Non-Stop.” The sound is gritty, so underground that one pictures the featured P. Diddy lifting his Gucci pant threads to keep them from touching the filthy gutter. A distinctly more mainstream yet dope as chrome bump arrives with “How You Want It,” the hottest thing Redman’s touched in years. He’s probably still got blisters on his lips. Back to the underground with the single note orchestra hits and scraping percussion of “Capicu,” this track runs through alleys and jazz clubs. It runs right into the RZA-produced “Rock Steady,” a mellow and melting nugget of gold that lubes ears as it flows through the canals and past the drums like canola oil. “Click Bang” thuds onto the speakers with a dirty ghetto minimalism that sounds like the direct spawn of El-P’s production on the underground classic Funcrusher Plus. Suddenly, Sean Paul’s vocalizing on “Ay Ay Ay,” and it swings a million times better than anything he’s ever done for the radio. In a moment Soni and Tony Touch mix R&B, hip-hop, and trip-hop to perfection with “Just Be Good to Me.”

The album’s highlights start to thin out as it rambles on, but “Spit 1” feels like a Kutmasta Kurt cut with a bravura performance by Q Unique, and “Trouble on the Westside Highway” sounds like Danger Mouse pomp with fun storytelling by Slick Rick. The Piecemaker 2 fizzles out with a spoken word track, a conclusion so underground it’s on a journey to the center of the earth.

With a Fincheresque camera swoop, the view hurtles down from the everlasting night of Tony Touch’s streets to the festivities taking place beneath the graffiti-laced pavement and concrete. In this underground, DJ JS-1 and DUB-L imagine the surface and try to bring it to the places below, and so while React raps in “Ground Original” about “building from the ground on up,” perhaps he also means from the ground on down.

With “Truly Incredible” the bouncy beat and a bouncy Supernatural jam to get the rats hopping up off the floorboards above. “NY Minute” plays, and it sounds just as much a part of the Tony Touch ghetto as it does the subterranean Claimstake. “While I’m Dancin’” skates like Primo on ice floes with two great verses by Pryme and Common. Common raps “paper won’t make my whole world serene, it will help a nigga do his thing, in every rhyme scheme, I move closer to the Supreme, for those in prisons over rhythms I interpret dreams, tell cats with the blocks, we on the same team, revolutionary underground against the mainstream, tell cats with the bling, we on the same team, the world is yours for you to claim king.” Common delivers the whole thesis of this thing.

Just as The Piecemaker 2 reaches its peak with its sixth track (“Rock Steady”), so it doesn’t get any higher on Claimstake then it does on “Makes the World Go Round,” track six. Over melancholy strings and a propulsive beat, female coos and gun rapport, Jemini raps like someone’s got a vice on his temples. “Never Know What’s Next” falls out of Kanye’s B-sides bin. The DJ Premier aping recommences on “Won’t Stop,” a simulated reunion of Jeru the Damaja with the great producer. Like The Piecemaker 2, Claimstake features a nice reminder of Funcrusher Plus; “All of Y’all” lasers out with a sci-fi synth wash on the hook that makes it the younger sister to “Info Kill II.” And just like Tony Touch, DJ JS-1 and DUB-L let the game slip gradually as the album moves on. When it hits “God vs. The Devil,” a track that might as well be early DC Talk, it’s best just to go back to track one.

Thus, these two albums represent both sides in the growing middle ground between two worlds of hip-hop. The Piecemaker 2 and Claimstake go together like Romeo and Juliet, and just like that tragic romance, such an intermingling of families creates mixed results. The convergent forces in underground and mainstream hip-hop hold great possibility, but it is difficult to say with the examples at hand whether that possibility leads to hip-hop actualization or hip-hop dilution.

“On the Exemplified Qualities Resultant of Recent Convergent Trends in the Mainstream and Underground Spheres of North American Hip-Hop.” The Journal of Cokemachineglow.