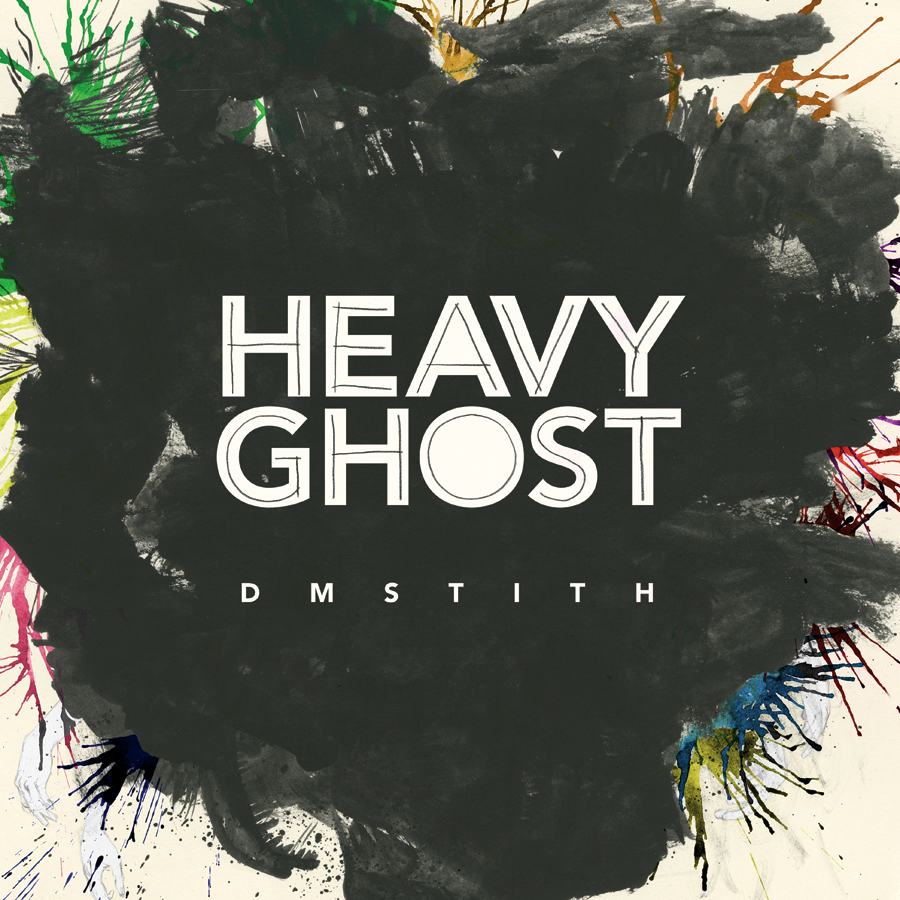 If ever the description “muffled earnestness” could serve as more than just a clever paradox, it would aptly describe the debut record of DM Stith. Joining St. Vincent’s Actor in the 2009 ranks of indie pop nightmares, Heavy Ghost is a confessional warped by its overwhelming compositional density. Even when it’s mostly just voice (or typically many voices) and guitar, it’s more otherworldly than earthy; “Pigs,” for instance, is an eerie, palm-muted, plinkety affair, with the background voices half-haunting, half-swooning over our hero’s lamentations, a dichotomy which tends to take some of the edge off the whole thing.

Stith’s voice itself is beautiful, following in the same line as David Thomas Broughton and Alexander Tucker, but with more of a taste for ornate baroque pop arrangements than either. His lyrics share some of the awkwardness-in-isolation of Thom Yorke or Chad VanGaalen: “Pity Dance” is as full of sad-sack mundanities as you might expect from that title, including such unfortunate lines as “I ought to learn I can’t please myself every time” and “I’ve been sleeping with the lights on ever since I left you.” Fortunately that last line, the final lyric in the song, is delivered amidst a flurry of thundering percussion and thick piano chords which dance all over the keyboard. In other words, the music communicates far more effectively the mood the lyrics only hint at. Still, it’s hard not to wish the occasionally discernible lyrics weren’t more imaginative than the opening line of “Creekmouth”: “A thousand people cling to bottles,” which, not to be that guy, but I’m pretty sure is a near-verbatim Radiohead lyric.

It’s the odd production which continually stands out though: “Morning Glory Cloud” may be the least catchy song ever to use hand-claps, here rendered a spare, dull percussive sound eventually drowned out by the mutli-layered vocals which are constantly dispersing the melody. The constant stream-of-consciousness approach suggests that songwriting proper isn’t really Stith’s forte. Which is fine, and most of the time the atmosphere is strong enough to carry these tracks. In fact, it’s strong enough that the tracks which veer completely away from any kind of conventional songwriting are arguably the best: “Spirit Parade” might just be like everything else here only run backwards but it works, Stith’s vocals reduced to a meekly desperate cry. Closer “Wig” is a Stars of the Lid-type ambient epilogue that sends its layers of strings through immense dynamic shifts with Stith’s voice again barely audible.

The one exception to this trend is “Braid of Voices.” It raises a gorgeous crescendo as Stith sings what sounds like “tied to the back of my head” amidst choral harmonies that sound just as unified and intricate as the title suggests. It’s the one time where it sounds like he’s singing with the backdrop rather than through it. And while this conflict often makes Heavy Ghost enthralling, you often wonder whether he’s spending the rest of the album just working up to the moment where he can finally flow with the current.