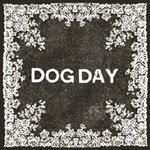 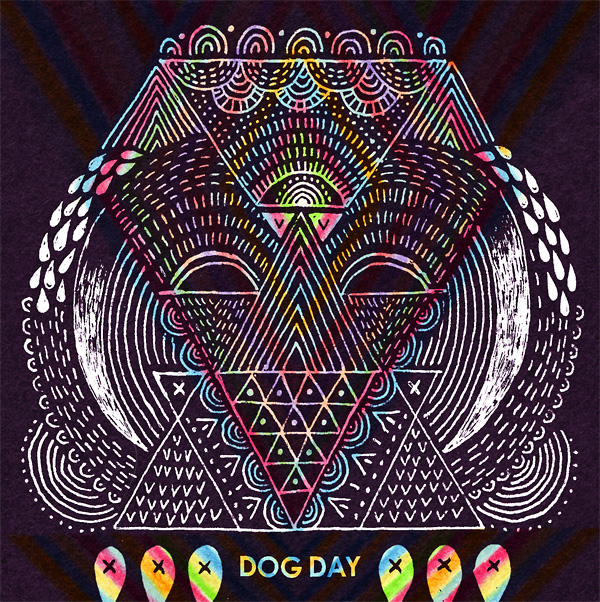 Behold anew, motherfuckers, the future of indie rock: INDIE ROCK. Imagine a 21st century music constructed of blithe synth lines, scraggly riffs, boy-girl vocals, a rhythm section used to maintain rhythm and momentum, lyrical disaffection—imagined, right? You know the type? And then imagine that you loved it, loved each of those instruments and sighing choruses. That this band, this Dog Day, scrapes these tired elements into indie-rock juggernauts of melancholy whose crystalline sincerity turns the heads of CMG’s rap nerds and techno nerds and indie rock nerds alike, is, like, amazing. None of us are confused about the ultimate artistic worth of Concentration: we know it to be very good—just very good. But it’s universally very good; we all know it to be very good. I know a guy who only listens to R. Kelly and even he was like, “Yeah, that Dog Day record is very fucking good.” Not even with a sigh or disclaimer. Very good.

That these guys have done this again, two albums in a row (!!!!), is sort of unconscionable, sort of, like, amazing. Night Group (2007), which the internet claims didn’t make this site’s year-end list but that I remember performing quite differently, skulked with this same immediate popularity into the CMG office like an ugly transfer student everyone still wanted to fuck. Dark eyes, you know? I wrote pretty much this same review back then—to paraphrase: “It’s so good and it’s indie rock! But it’s so good lol i’m so funny! Lupe fiasco.” Two years later, the sounds are no more or less dated and the effect remains the same. Seventy-five percent never sounded so right. It’s hard to score higher or lower for a record that is altogether identical to its predecessor, even if blissfully so, especially when that predecessor was entirely what it wanted to be already. (INDIE ROCK.) Immediate self-actualization yields little room for growth, and while it’s tempting to tsk the band, I bet in 2011 I’ll be ready for another Dog Day record that sounds exactly like these first two.

There are no highlights here, and what stuns on close listen (like pretty much every guitar tone after the 2:30 mark on “You Won’t See Me On Sunday,” or the casual thrust to the way they deliver the title line of “Wait It Out”) is lit low, trying desperately not to be spotted or to stun. Like the ugly exchange student, sans glasses: alluvasudden the most popular kid in school, uncomfortably so (that language barrier). So the band layers its goods in homely flannels, drab production, lets its hooks sidle along sneers. But you saw a whisper of a flash of beauty there at the end of “Neighbour,” didn’t you. You know deep down that the exchange student is a stone fox.

My argument here calls to mind, well, a) the plot of She’s All That, and b) much of the anal fisting brought about by that other also-just-indie-rock record of 2009, Cymbals Eat Guitars’ Why There Are Mountains. But it recalls more, to me, Headlights’ demurely, permanently engaging Some Racing, Some Stopping (2008). Here are musicians that treat songcraft as just that: work, and treat indie rock not as an affectation or path of least resistance but as an honest-to-fuck medium of expression. They trick the songs out with nothing; these are the songs, unembellished. This may be disaffected stuff but it sounds sweated out, hammered second by second into place with “brains” as much as your all-important “heart.” Why There Are Mountains is harsher and fleeter of foot, for sure, but it uses these qualities only that it might be the mightiest of pickpockets. That is definitely Stephen Malkmus’ wallet, in other words; that is definitely Isaac Brock’s credit card. Whereas Dog Day just live rich, their theft implied by the fact that you’ve never seen them working. You know they got these goods somewhere but can never pinpoint from where they’ve pilfered. They’re the fucking Ocean’s 13 of indie rock tropes, all smooth surface over wrought planning. They’re not picking pockets, they’re scamming the entire industry, and they just bankrupted every other indie rock band trying to sound very good this year. Gotta keep your eye on the exchange student.