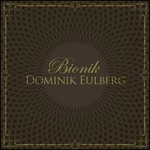 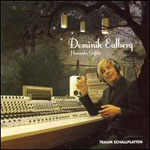 Dominik Eulberg continues to fascinate me by doing the sorts of clichéd things I hate about techno and trance while making me somehow like them. Elsewhere, his whole nature/future paradox may nurture his output, but to be honest the bird sounds on Flora & Fauna (2004) were sort of beside the point for me (one of the reasons mix Kreucht & Fleucht (2005) was a better gauge of his concept). And here he is again with skip-to-my-loo bass lines ricocheting out of “Adler” and obvious drops and a whole Commodore 64 breakdown in “Gashof ‘Zum satten Bass’” and spoken word segues between the mostly-edited mostly-previously released 12 inchers that make up this album and again I’m.not sure what to say about it.

It’s good; it’s not mediocre; it’s not essential. And that’s a weird space to be in as a renowned innovator in a genre that generally prizes innovation. I think problem is that you could essentially pick the four or five tracks you really like, get the 12 inchers, and be done with it. Why throw in ludicrous segues featuring spoken word whatevers and nature sounds when the result is simply to derail any momentum the album has? Why sequence the album with all those breaks and then compound it by losing the best tracks in the middles of each half? Why is “Klangteppichverleger Wolle” one of the shorter edits here? It should be forever long.

Singles comps are difficult, I know, but the loose concept Eulberg creates to link them is maddening because it refuses to let them shine, constantly pulling you back into worn garden intrigue (not helped by the fact that I can’t understand what is being said; however, I’ll acknowledge that my own failure to comprehend German isn’t a decent starting point from which to eviscerate this choice). And even though the point is that eventually the nature sounds morph themselves into a dance track on closer “Stelldichein des Westerwälder Vogelchores,” the payoff doesn’t alleviate the tedium those segues create throughout the rest of the album. Even if bird cheeps do make an interesting high hat, that point of interest won’t get me nine minutes into a rote track.

So I’m left praising the single and deploring the album; I’m left with some genius work couched in a ludicrous artistic statement. Eulberg can live in the trees with his birds all he wants; he’s best when his feet are planted firmly on the ground, working 4/4 dance floor autonomy and punching out his wicked drum work. Take “Björn Borkenkäfer,” where much of the percussion is field-recorded; here, however, the noise is chosen for the song, rather than creating a song to highlight the noises. The result: even if the drum work has bits that sound like thing falling down stairs and cicada leg-scrapes and snorting. the result is a bumping tune with a coherent arc. Same thing with “Der Hecht im Karpfenteich”; the stuttering percussion and the hilarious Halloween ghost-howl are embedded in a wicked programmed bass line and hand clap duet that sails the piece along. It’s Eulberg at his most cheesy and most earnest, but it also shows exactly how he can get away with some pretty iffy ideas and make them fly.

Eulberg’s stock in trade is his tendency to evoke techno moments without capitulating; in other words, he’ll have a glorious synth line fade in over quiet percussion just like would happen in a more traditional techno tune, but instead of realigning the track with everything at full volume and a regular drum beat, Eulberg’s climaxes often lead to even more coy renditions of the same fade in. It’s a brilliant move insofar as it gives the tracks all sorts of non-intuitive (or non-been there done that) depth; at the same time, it’s easy to see where Eulberg would drive certain listeners mad. Any moments of catharsis are so small and laced with camp that you have to be invested to catch them. So, again: why fuck up that investment with all the spoken word crap?

I dunno. I do know that the album contains some of the better tracks I’ve heard this year at the same time that it drives me absolutely insane. I also know that electronic artists never cease to amaze me with their penchant for passing off cheese as serious business. Or that these same artists who might most benefit from an editor are removed from potential candidates by the isolated reality of their art. Seriously, though: was there nobody around to tell him that aviarium interludes were not a great idea?