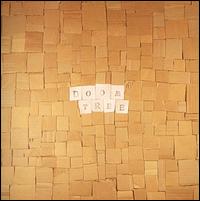 Hip-hop has long suffered from the myth of a “hip-hop band.” Seeing as the solitary moment of artistic inspiration on the Roots’ last LP was the forty seconds in which Peedi Crakk grabbed the mic, I think most astute music listeners have abandoned the dream as something moot; even when the Roots do come together into something resembling a hot track, there’s as much studio sheen on the beats as there is live instrumentation. And when other artists employ a live band to, say, hit the festival circuit or SNL (I’m looking at you, Lupe) the in-studio beats come out as a sub-Roots soft jazz mush. Like Steely Dan fucking itself with a rapper underneath. Not cool.

I’ll posit, briefly and without much argument, that hip-hop is a one-man game (two in extraordinary circumstances): lyrically a medium of self-aggrandizement or personal exploration or both (recently: Jeezy, Yeezy, and Weezy, respectively) and often musically accompanied by some of the most outrageously introverted nerds to ever crack into popular culture. I mean, DJ Shadow and DJ Premier could give Brian Wilson a run for his obsessive-genius title, and the RZA and Madlib are barely even humans at this point, just webs of ideas and tastes and fixations and dusty crackling middling ever-present music.

Point, eventually, being: the hip-hop collective is the last and best hope for anyone looking for a corollary to the mythic mic-tossing communalism of hip-hop’s early days. Rallying around a producer or a city or as a more famous emcee’s posse, the collective honors each individual rather than some notion of shared genius. The final realization of this mentality was achieved by the Wu-Tang Clan, wherein each member became a favorite superhero, a brand to adhere to, and a specific manifestation of an idea about art, and for the sake of brevity they’ll be discussed no further here.

Doomtree, at hand, is the second of these varietals, hailing from Minneapolis and boasting no striking, singular aesthetic but popping out the speakers with introductory immediacy. We get, before we align names so cleanly, the styles we’ll be hearing. The beats run a baleful but accomplished gamut, from the midnight zoom of “Twentyfourseven” or “The Wren” to the blunt-shell electroboom of “Liver Let Die” or “Gander Back.” The drums refreshingly rely upon chops and big breaks and poke a pleasure spot not reached too frequently by other 2008 hip-hop releases, but there’s little in the way of tonal complexity. Vaguely Spanish guitars spin forlornly through “Gameshow Host” and on the next track vaguely Spanish guitars swirl wistfully through “Dots & Dashes.”

Lyrically, this isn’t a top-tier collective, but unlike many of their ilk there’s no clear dead weight. The emcees are given to a romantic delivery, whispering at times and even when chest-thumping passionately still oozing sincerity. This is all the result of some uniformly strong breath control, but this uniform high quality is, if I can be such a cock, part of Doomtree’s problem. The other part is that with four producers and five emcees and 21 tracks there’s too much introduction, too much of this high quality and nothing errant, astray, or challenging. P.O.S., of 2006’s frequently brilliant Audition, does double duty on the boards and the mic with Doomtree, but little of his album’s profound unhappiness carries over to this release.

It’s just…good, I guess, front-to-back and verse-by-verse. It’s hard to not like a track like “Popgun War,” with Lazerbeak triumphantly dropping a big wonky organ sample, or “Sadie Hawkins,” which Dessa appropriately rips in as many different ways as is probably possible in under three minutes (drawn, rapid-fire, cooing, speak-singing, Spanglish, and so on). But one is left distinctly dismayed by the thought that so much talent should leave a greater impression of personality. Which leaves us stuck waiting for the solo joints. Which makes us wonder why come as a collective in the first.