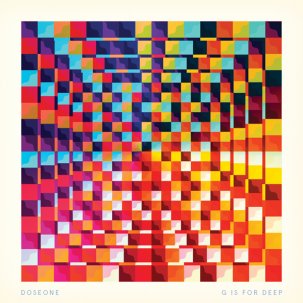 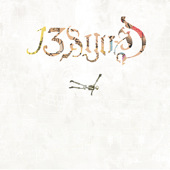 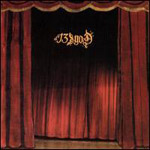 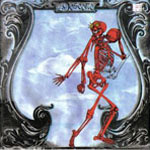 This solo release captures the "sad to sadder," at least, Philip K. Dick-ish album concepts apparently reserved for the next Subtle album. On Skeleton Repellent Dose loosely stitches a quilt of bedroom synths, samples, found sound, digital percussion, and his own voice to wrap around his melancholy. Solo-Dose is focused a little more on numbing mantras, similar in effect to the Yell & Ice remixes honing in on snippets of Dose's lyrics, but bettered by Dose more fully understanding what he's saying than some third party and reinforcing our own impressions with production that gives us the feel of whatever it is we're not getting. On the very first track we have Dose pondering the inevitable -- "simple life and death" repeated -- as muted percussion and keyboards try but aptly fail at swelling to grandeur. So it changes directions, a vocoder segue breaking into a few rapped bars that then repeat as non-verbal vocal effects pile up around it. Nearly every track is like this: Dose washing his sentiments in rhapsodic ambience and then burying his most concise and clearly stated thoughts under the building noise of everything else in his head or entering it from outside, pinned down by stripped beats since beats and Dose's expression have become almost inseparable.

Dose's subconscious unburdens itself, be it from leftover Subtle ideas (hear how the spoken word bits that break up "The Great Compromise" must have been cut from the same tape used on "The Ends") or a hundred hooks at large: whether it's "Hardest Laugh" sounding like a damaged xylophone mockery of Sia's "Breathe Me," the song that brought Six Feet Under to such a coy end; or it's "Seath Seath Seath Seath Seath" reading like a parody of that last Spoon album title while out-minimalizing "The Ghost of You Lingers" by isolating one ringing piano note; or it's the wordless vocals that appear for ten seconds in "Overchoiced" like a drawn-out echo of the BGVs on Arcade Fire's "Rebellion (Lies)." It's a dream prelude to a dream, Dose gearing up for the subversive pop forays that he describes as the meat of the next Subtle record. After eight-minute "The Great Compromise" heaves out its last bit of soundscape, a recording of Dose telling some new fan about himself, Skeleton Repellent solidifies into a closing trio of strongly defined songs, and this shift lifts the album above the slightness of Dose's solo work since Hemispheres (1997).

That "Mom" may be the only avant-rap/electronica ode to mother can't even take away from the fact that it's the best; it's the birth, actualization, and death of a song type all at once, which is fitting since the cycle Dose examines here is just as intensely physical-metaphysical. Dose opens with the word "mother" like it's an invocation but then his next few lines are strangled by a tightly huddled host of synth phases and oscillations, a Keith Fullerton Whitman bliss-out compressed into a minute of white sunshine. A curtain's dropped and we hear a snippet of spoken word describing a mother's twins as "her child and her depression" before a low synth melody and finely chopped noise establish a rhythm. Then the curtain slowly unfurls: percussion grows, Dose counterparts himself, and (unless he's a greater chameleon than even I thought) he glitches up some female vocals into what sounds like an S.O.S. And, oh yeah, static swells and God only knows how many more vocal tracks and beatbox bass effects and a cooing Dose rapidly pinging across the channels and a rising chant of an infinite series: "M.O.M.O." Seems Dose has learnt a lot from cLOUDDEAD comrade Odd Nosdam when it comes to making densely layered pulsars from cheap equipment. On "Mom" he does his own poetry a great service, elevating it in a way that no other producer has been able to accomplish.

A loop keeps time on "Hell of January" while Dose impressively creates rhythmic momentum out of interplay between his vocals (clear for the first time on the record) and synth effects. "Overchoiced" is simple drum programming, synth bass, and keys while Dose presents every vocal part that must have seemed feasible, and when the song hits the change exhibited by all the songs on Skeleton Repellent, Dose says, "I have chosen to never be tamed by a lack of choice." Indeed. The self-release of this beautiful yet inscrutable record, the utter reworking of For Hero : For Fool (2006) songs through the collaborations of Yell & Ice, and the hallucinatory almanac that's being channeled into the trilogy of Hour Hero Yes are all current reminders that while Doseone may be a little sad and a little crazy, he's also one of music's most fearless.