1. No Allies
2. Vivre Sans Temps Mort
3. We Are the Ones
4. Camouflage
5. The Lie/The Truth
6. Surrealist Composition with Your Face
7. Helicopter Lullaby
8. Neon Gray
9. Half-Life
10. Two-Way Mirror 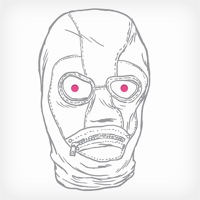 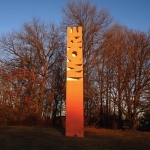 It’s strange how a band so dutifully raw, so lovingly faithful to its DIY mores as Double Dagger, risks finding itself in the equally explicable but mercilessly disposable category of novelty music. The now-retro bent of this Baltimore band’s homage could just as easily be considered the stuff of nostalgia, accurately associated with not giving a shit about both being an artist and living in the world all at the same time. When a band does its best imitation of its record collection it seems intent on communicating exactly what it’s about and who it’s for. The listener’s sense of discovery is stillborn, and agitprop becomes historical driftwood. Which would be ironic here, given the source material.

But sometimes a band nails their influences this thoroughly, sometimes the scene they eulogize is still lingering around the edges of today’s music, and so sometimes a record conveys something more than the sum of its songs. I’m tempted to go so far as to say that the spirit of what Double Dagger may just represent is more relevant today than it was at the time this music was born gnashing at the doctor’s fingertips into the world. This is DC hardcore, Dischord-like, fiercely independent music, which, it turns out, is where the fractured industry may end up in the confused and confusing 2000s. In the first draft of this review I typed, “Listening to Double Dagger transports to listener to a landscape impacted by Fugazi and Minor Threat” before realizing that there’s no transportation involved. The landscape evoked is our landscape; what was germane in DC in the ’80s and ’90s could still be, if not more so, now. It’s been cycled through various manifestations, tributes, simulations, but the principle is still ripe.

More, though an aesthetically authentic and ruthlessly efficient record, doesn’t measure up to the best of its genre, which is an unfair but inevitable comparison for anyone arriving on a scene almost twenty years too late. Not only is More predictably not Out of Step (1984) or Repeater (1990), but it also can’t help but sound more flippant than those records. The same can be said about DC hardcore progeny Smart Went Crazy and the Dismemberment Plan, whose lateness on the scene resulted in a sense of humor and self-caricature that amounted to commentary on said scene rather than the contribution of a voice to the choir—a foreseeable and necessary examination for anything already so interrogatory. But one is left with the niggling question of what it means to release a record that looks and sounds like a DC underground album on a label like Thrill Jockey with no lack for history itself in this paradigmatic cluster-fuck of a decade. Why not just listen to Repeater, apply its principles to something new, and move on?

The answer will either come in the form of prescient addition or knowing reduction, and Double Dagger choose the latter. Recorded in a condemned office building, buffered by abandoned cubicles, the best of More is raw but focused shout-speak and high-end tin that ravages itself with restrictions. “Camouflage” and “We Are the Ones” belie the band’s currency of incredible live performances. The lyrics, especially on “The Lie/The Truth,” are as wide-eyed and agitated, at once romantic with adolescent narcissism (“You’re living in the middle of nowhere […] It’s got a population of you”), the black and white thinking being anti-whatever requires, and canvas anger. It’s completely derivative, of course, easily characterized as echoing hollow with its decontextualized specificity, but it’s also a rigorous and important reminder that what predated grunge was a vital and invested anger. In a way, Double Dagger help us to understand how the punk rock that followed ’80s hardcore, to whatever degree it paid that hardcore lip service, also failed it so completely.

So color me conflicted. On the best of days More will earn the respect of those who mule-headedly refuse to think outside of a twenty year old box and the enthusiasm of those who’ve moved on but are ready for a nostalgic hoorah. The rest seems left to the enthnomusicologists, or at least those of us who are tired of talking about Fugazi but still want to recognize what was happening in DC in the mid- to late-eighties. It could be that some of that anger is left over in music after all, we’re just much more in love with it now.