1. Robokill Beneath Disco Club Layla
2. Westminster Abbey
3. Purple Hearts
4. The Danger Room
5. Embrace Before the Fall
6. The Seed & the Sower
7. All Things Shining 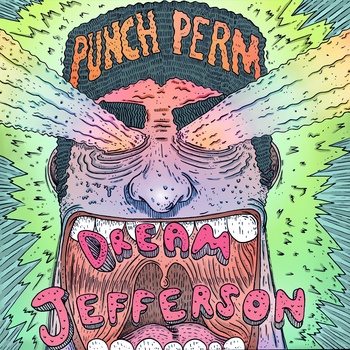 It occurred to me while watching Lemmy, a documentary about the titular front man of Motörhead: maybe the reason rock ‘n’ roll’s “fuck you” ideology has persisted these many years compared to punk’s relative disappearance is that it maintains such unerring faith in itself. Punk rock is basically nihilist, not so much “fuck you” as “fuck you, me, society, Pink Floyd, the dole, etc.” No future, right? Also, no heroes, no experimentation, no fusion—just the isolationists/purists and the rest of us sellouts. Rock music has never shied away from valorizing its progenitors, even when the ideology of that valorization has all kinds of holes in it—misogyny, alcoholism, drug abuse, and a tendency to martyrdom as cliché as the tendency to romanticize self-destructive behavior in the first place. (Incidentally, as I write this, news has broken that Amy Winehouse, a singer known for her authentic musical voice and “I do what I want” attitude—one in the same, we’re led to understand—has died at the age of 27.) A whole range of figures from the genre, from Dave Grohl to James Hetfield, hail Lemmy as one of the truest manifestations of a lifestyle, a man who is likeable because we understand how uncompromisingly rock ‘n’ roll he is and always has been. He will not apologize for anything, even if that thing is an unfortunate impulse to collect and display Nazi paraphernalia. Fuck me, right? The test of an artist’s rock mettle is whether they continue to not care what anyone thinks even when their behavior becomes truly odious.

So, yes, this is a review about an electronic/hip-hop group from Ottawa. But what it’s really about, as music reviews usually are, is finding something to believe in. White, middle-class people have their ideological straw man: rock ‘n’ roll all middle fingers up and hedonism, as if doing what you want and fucking everybody over in the process hasn’t already been co-opted by everyone from Richard Branson to Crabtree & Evelyn. Old school hip-hop, meanwhile, probably the most socially relevant genre to have emerged in the last quarter-century, is easy to enjoy and appreciate but more difficult to replicate for the demographic that I am (perhaps unfairly) assuming make up most of CMG’s readership. So the indie set has learned to live with the contradictions and the self-legitimizing hypocrisy of a glorified attitude problem. But this review is partly about the in-between, that lifeblood of po-mo syntheses—that saner absurdity that has produced a band like Dream Jefferson, a band with an intense and sincere faith in the pop world they live in.

A mere selection of pop-cultural references and figures from the seven-track Punch Perm, delivered with total, corner-pocket seriousness: Ronin, Frank Miller’s Batman, Final Fantasy, Ridley Scott (rhymed with Killer Croc and Iggy Pop), Vincent Gallo, Bill Murray from Ghostbusters, Shakespeare, Kate Middleton, Romancing the Stone, Terrence Malick, Naked Lunch, Jesus Christ, The Legend of Zelda, Sylvester Stallone, Battleship, “Come Sail Away,” and Blazing Saddles. These, by themselves, might seem like a disconnected stream of pop-cultural gibberish, but when sandwiched between lyrics like “We find the purple concealed something we already knew / The fine lines between red and blue” (“Purple Hearts”) and all of this catchy dance music, they are instead the constellations under which our personal dramas take place. They make up a recognizable world, not one whose authenticity needs to be constantly interrogated and assessed.

What I see when I look at this string of references, when I hear them spit out with speed and dexterity over the blip of a hyperactive electro-pop, is a coda for living in the world not as one wishes it to be, but as it exists. Enmeshed in this po-mo saturation is less meta qualities or commentary—the artist recreating something but locating themselves outside or above it—than a totally sincere, enthusiastically lived experience. Sincerity is key: we can’t talk about Odd Future without all kinds of cynicism and doubt necessarily creeping in. (Is the fact that I’m offended the point? Is the whole thing a gag?) In other words, whatever intellectualism we accredit Odd Future must be met in equal parts with our own. There are no such barriers to entry for Dream Jefferson, a band who place a genuinely funny rejoinder to the royal wedding (“Westminster Abbey”) alongside a totally serious love song (“Embrace Before the Fall”). Dream Jefferson are not so much a cerebral exercise, and also very far from stupid. That you require no justification for enjoyment of this album reflects its modern character and total lack of sensationalism.

Plus, it’s a great dance record. “Purple Hearts” and “All Things Shining” are the kind of melodic electronic music that manages to be both sappy and cool. The arrangements are manic but patient, like “The Danger Room,” developed and allowed to be textural even as it tends toward the unhinged. The production is great, and many of the songs have a decent chorus to go with the tumbling excess of language. There’s something about how Dream Jefferson are making dance music without subjecting their audience to the hedged bets of condescension (LCD Soundsystem) or sensationalism (Odd Future) that I think is worth writing about, if only to document that it actually exists somewhere.

When it comes to necessary myths we’re unfortunately accustomed to heroes, though they’re always eventually disappointing. What music like this suggests is that we can revel in this vacuum we call culture, make a party of it, and reclaim that space as our own. The material of our lives as playthings, of as little importance as these tragic heroes we keep propping up to diminishing returns and at the expense of their lives. Punch Perm gives a whole new meaning to “paint the walls with your brains.” If this life we’re living isn’t something to believe in, then what is?