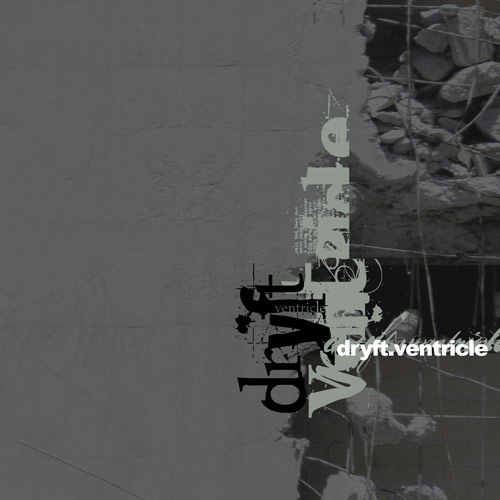 Holy shit: that’s the best way to describe this surprise sophomore from Dryft. Literally, as shit from the afterlife. Mike Cadoo’s long-dead side project was considered by many to have been a one-record release, playing second fiddle to his full-time running of the n5MD label. No one hated on him for letting the alias crumble, as 2002’s Cell was thought by its listeners to be a milestone in dark drum-n-bass, and what better way to preserve a milestone than by not going one more mile further? In Cadoo, d-n-b perfectionists had found a one-off programmer who understood software and audience appetites so harmoniously he had to retire and run an IDM label. So he’d allowed his brightest brainchild to lapse only one EP later—for a former vocalist turned record label executive, the man had made his mark.

What no one would have thought while they were eulogising Cell was that Dryft was merely on ice, and was booked to return in eight years’ time without stealing the first album’s thunder. Ventricle, the crunchy and light-soaked comeback, is jaw-droppingly beautiful…but angry—like fashion models. On top of that it also packs brainpower, and that makes it extremely dangerous. Cadoo’s cavalier programming feels almost geological this time: the man is an expert on layers, with dark industrial as Gridlock, shoegaze as Bitcrush, and now luminescent echoing as Dryft behind him. On Ventricle, it’s as if all his previous material has been poured into a cylinder and whisked by professional utensils, the same way the BFG mixes dreams.

Dryft+8’s first shocker is that the hard-nosed battery of the first LP has gone, replaced with a series of frosted Alan Silvestri soundtracks. It’s as if Cadoo’s love for building floor-warping bombs has been diverted, and he’s now happy to mastermind snowy firework displays instead. Any worries the Cell worshippers have will—I promise—vanish when the tranquilising sheen of “Recalcify” hits them. Frankly, it’s sheer bliss, and when the choreographed static and beat first drops, you’ll understand why the record takes its name from the heart. If you long for 1980s film warmth but wish it came with an anti-wince device, then Dryft is your destiny; check out the likes of “Vapours and Waste,” where Terminator tones slide across one another, a wafer-thin army beat in the background. If anyone else out there felt tortured by the short-term resurrection of Toytronic Records, here is your methadone. Nine shots.

But not each piece of Ventricle forms a stratospheric landscape, or a version of Autechre with pulled teeth. At least one cut here is a holdover from Cell, with track three being the obvious choice for the one live round in the chamber. If “Marked Velotin” was Cadoo’s idea of hypnotising electronica, then “Knives as Gifts” is the bucket of water to the face, and not, as its name implies, second prize on a quiz show. This is a mean, glistening riptide of beats, showing dubstep wannabes how it’s done by throwing a live cable into their set-up. Hoovers and hatchets come spinning towards you while the bass stands refined and towering, ready to fall at the first cry for help. It’s the closest thing you’ll get to the d-n-b of Cadoo’s Gridlock releases, and if your sound system can cope with this one, you need to give it gold wiring as a thank you. “Transmission” explores a different kind of aggression: that of looped Israeli radio code with a bizarre Cockney inflection. There’s someone here cooking up a unique white noise that sounds like laser harps being played in sea mist. Yes, Dryft might be getting older, but he’s a long way from cardigan time yet.

Cadoo’s biggest achievement with Ventricle, though, is the way he’s finally chained all his styles together: if one part was built for soundtracking scenes of Soviet devastation, the other part is punchy and Arctic, as crisp and salty as seal breath. Dryft’s mix of rousing booms and spirited wonderings is as lively as it pacifying, and the perpetrator adds emotion to what could be itchy beats with the nimbleness of a toy car constructor. Few can mix catharsis and corrupt data this finely—finely, as in even Mumford & Sons fans will go “whoa”—and few could marvel at the way Mike Cadoo can switch genres without mixing instruments (this only happens once, by the way, on “...And Again,” where his shoegaze chums shake up some drums for him).

In fact, given this year’s releases alone, not many could deny that Cadoo and his label should really be more widely celebrated. n5MD is an imprint you can utterly depend upon, and if that means having to wait the odd eight years for side-project masterworks to surface…well, go traveling or something. Ventricle has unquestionably been worth the wait, with a tough blue clarity so exquisite Michael Mann would go down on one knee for it. The only question that remains to be answered is: Where will another eight years find us? Hopefully somewhere with an abundance of miracles, as bombed-out nuclear towns can’t possibly be this beautiful twice.