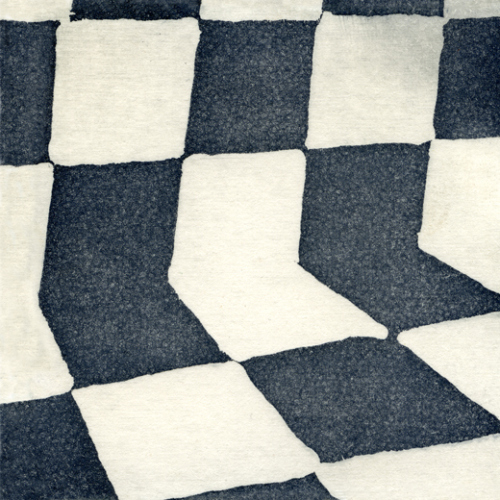 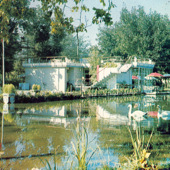 Despite his fellow New Jerseyites and their Brooklyn-based peers, despite chillwave and hypnagogic pop being as much in-jokes as potentially long-lasting genre names, and despite a number of imitators, the sound behind Matt Mondanile’s work as Ducktails is still a strange, striking thing. While his early recordings took the sound of cassette-treated guitar and drum machine compositions and grasped at the same regressive cultural signifiers as countless others (songs featured titles like “Pizza Time,” “The Mall,” and “Beach Point Pleasant”), he evoked the same warmth and nostalgia that Boards of Canada so distinctly coaxed out of analog synthesizers, creating unexpected textures instead of clichés. On Ducktails III: Arcade Dynamics, Mondanile introduces his voice as an element into his solo music, and in turn takes one step forward and two steps back; though his songs are perfectly adequate, the reference points and production are easier than on any previous Ducktails release, and they suffer for it.

In addition to being Ducktails’ creative force, Mondanile continues to play guitar and perform with Real Estate, and his singing voice isn’t totally dissimilar from that of its frontman, Martin Courtney, though Mondanile’s range is considerably limited. When he first appeared on Ducktails song “The Mall,” he sounded warbling and vulnerable, as if he had almost no confidence in his own singing. Here, when he introduces his voice on “Hamilton Road,” he’s still flat in places, but he’s clearly done more singing and he sounds, for better or worse, like a singer in a guitar band.

Arcade Dynamics provides ample evidence of this. The aforementioned “Hamilton Road” opens on a languid guitar phrase that almost immediately recalls Pavement’s “Range Life,” but Mondanile doesn’t project the personality of a Stephen Malkmus, letting his words serve more as melodic accompaniment than anything else. “Sprinter” breezes by just as quickly, but leaves little impression. The later vocal tracks fare better: on “Killin the Vibe” (also available as a bonus track with a lead from Panda Bear, whom Mondanile sounds surprisingly similar to on the album version), he uses the vocal melody as an utterly effective and memorable melodic hook. “Don’t Make Plans” effortlessly pulls off a similar trick, sounding unexpectedly expansive and honest as Mondanile sings, “I don’t make plans / I waste them, man.” If one of these songs works better than the others, it’s “Art Vandelay,” which plays like a fully-formed pop song in a way that nothing else in Mondanile’s catalog does. The hazy production doesn’t bury either his vocal melody or the guitar lead, and as a consequence the song draws attention to itself almost immediately.

The guitar instrumentals, then, see more obvious evidence of progression from earlier Ducktails releases. The vocal tracks’ country leanings can’t compare to the almost tropical warmth exuded from album opener “In the Swing,” the psychedelic, disorienting phased snare-like noise that propels “The Razor’s Edge,” and the folk guitar exercise in “Little Window.” As well as the expansive “Porch Projector,” where what sounds like a field recording of fireworks accompanies his sparse guitar playing to evoke the title almost perfectly.

As a whole, the album is sharply divided between pop songs slightly out of step with Mondanile’s early Ducktails recordings and a continuation in the same direction as those records. This hurts the material somewhat, as his songs with vocals don’t carry the same hypnotic warmth that made his work so initially appealing but also don’t quite do enough to differentiate themselves from songs that could have been better played by Real Estate. Arcade Dynamics isn’t a bad record; however, Mondanile still has room to grow as a singer-guitarist, and I can only assume that his next batch of pop songs will be more uniquely his, much as his instrumental guitar technique and recording aesthetic already is.