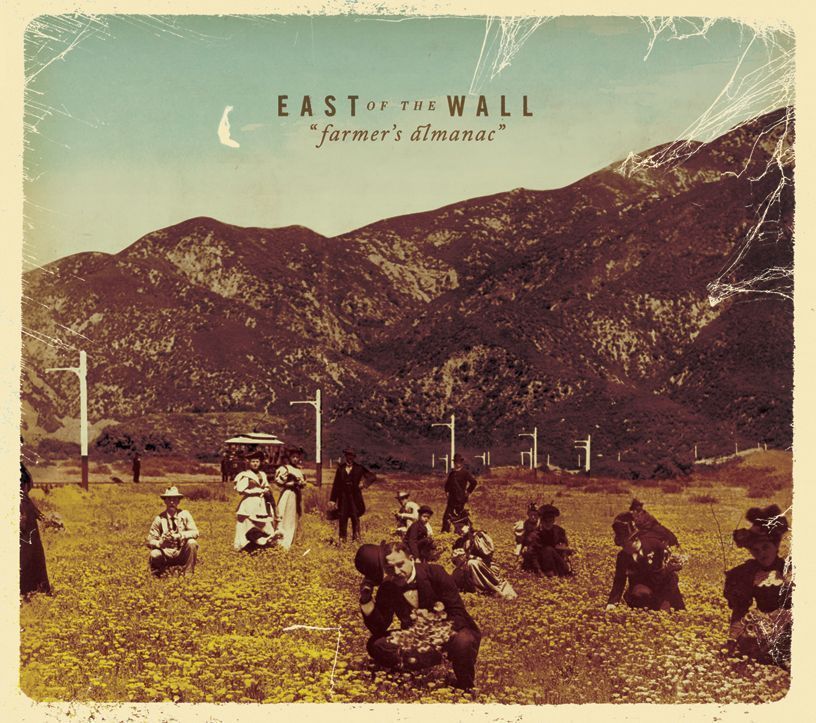 East of the Wall

The driver turns his stereo up. A guitar comes on, tense, high pitched, and percolating—it sounds to him like it’s scratching its way out of the speaker. It finds no luck, and is forced to enlist a snare drum as a battering ram. A bass guitar soon flutters behind, all nervous energy, running around like an elephant that’s seen a mouse. All of these elements react to each other like chemicals, and sure enough, it explodes all at once, right as it begins to rain outside his car. He can’t distinguish between the rhythm section and the thunderclaps, but the guitar makes him involuntarily clench his shoulders. His trained ear recognizes dissonance (an open string and flat second, with tube distortion; sounds like glass breaking) but his soul is terrified, and wants to know how it got to this place where the stereo mocks the fact that his very own survival is in his hands. There’s a treacherous turn up ahead, and the music roils again, this time the bass-as-elephant rumbles with a bass drum. It would be unbearable if it weren’t also thrilling. The driver narrows his eyes, maintains his high speed, and makes his turn, and the music makes a dramatic slash—and suddenly leaps from its killing fields, beautiful, looping and unified. The driver relaxes, exhales. The problem isn’t over— the rain is still driving, the roads slippery, and the music, even with its ringing jazz chords, still acts like it is hiding something—but the ride is smoother.

The name of this song is “I Am Crying Non-Stop Hysterically.”

“You know,” he turns to his passenger, her eyes wide and grinning, oblivious this whole time to the road and held in thrall, instead, to the overwhelming majesty of the music, “this almost reminds me a bit like…Rush.”

“You say that,” she turns hotly, annoyed at the interruption, “like it could possibly be a bad thing.”

(“Hey, where the hell are we going, anyway?” Our heads turn to see Editor-in-Chief Scott Reid sitting up in the back seat, awoken by all the commotion. “Mixed Metaphor City?”)

Indeed. This may be the deal breaker for a lot of undecided, curious listeners: East of the Wall are unapologetically, gloriously, a prog band. Crooked time signatures are favored, and switched at a whim. Chords are dissonant and jazzy, and they require several syllables to spell out. Guitars harmonize over precise rhythms and melodies. Riffs—and oh my God, the riffs!—are borne more often than not out of obscure modes rather than the pentatonic scale. The bass player has six strings and, more often than not, leads the band’s charge. A trumpet player stops by the studio to lend a hand, and probably to play Crypt. The band’s record label describes them as “technical rock.” You have been warned.

Be that as it may, I’m aware of few bands that have made a record with the Zeppelin-esque power of Forgotten Empire. Brett Bamberger slathers all six strings of his bass with Albini-like distortion, and often uses them to play straight 32nd notes. The result is that it often sounds like post-hardcore rather than post-metal: opener “Meat Pendulum” may be straight out of Ride the Lightning (1984) era Metallica , but its follow-up, “Winter Breath,” has stretches where it feels more in keeping with Fugazi circa End Hits (1998). The band’s two guitarists share post-rock’s affinity for delay and echo pedals, but are more interested in their percussive, rhythmic possibilities than atmosphere—see “Century of Excellence,” where their chiming, organ-like guitars provide an anchor for the rhythm section’s mania, building into an intense series of dramatic riffs driven, again, by Bamberger.

Like the best post-hardcore bands, East of the Wall bore easily. No song features standard A B A arrangements, nor are they divvied up into suites (save for an unfortunate, quieter segment in “Clowning Achievement” where the band overplays their prog-indebted hand—it’s the album’s sole misfire, and it’s not even an entire song). The band is often content to stay anchored to a monochordal (a word) groove, but this is neither jamming nor time-keeping; motifs emerge, ideas blossom, a thought can be observed following. When ideas are returned to (as on “Winter Breath” and “I am Crying Non-Stop Hysterically”) it is usually the song’s initial movement—the band only wishes to finish its thought. You can hear the band think “I beat you thought that idea was great, but we were just kidding,” as they add octaves, a riff that shoots like a lazer, the perfect drum fill. “This is how that idea should have sounded.”

East of the Wall are, like Chemtrail, another instrumental rock band hailing from Monmouth County, New Jersey. I’d like to think that, together, they form the Jersey’s Shore’s secret history—music that the burned out pier of Long Branch (long since destroyed) would make, if it could. Chemtrail specializes in hymnals and laments, but East of the Wall is the leavening, purifying fire—their music flies in every direction, like sparks: uncontrollably. Alive and angry in a way no Jersey bar band ever could be (well, maybe one), Farmer’s Almanac may have appeared in the driver’s stereo too late to put it on his best-of list, but it is one of the very best metal records he’s heard in the past twelve months.