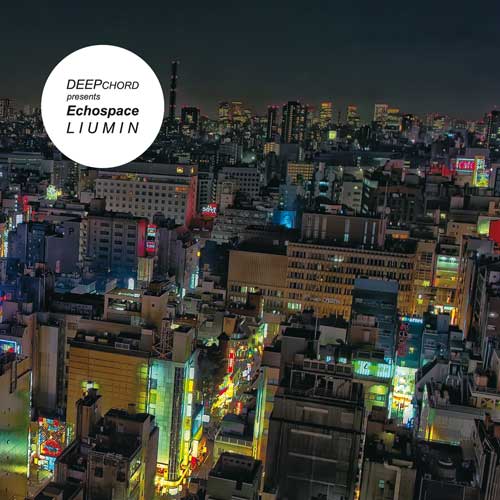 Where to after perfection—the dilemma that’s stumped a great many hikers, Steve Hitchell and Rod Modell among them. When the dub plate perfectionists got into bed and dropped The Coldest Season three years ago, the pressings became must-have wax, all the right bloggers galvanized. People were aware of Modell’s Detroit DeepChord project and Hitchell’s racket in Chicago with Soultek, but no one could predict this: quarter-hour slabs of luscious dub tundra which, when compiled, won AOTY 2007 (Burial and LCD notwithstanding). Its creators were as stunned as the fans: they never set out to dazzle; only to express their love for Basic Channel on an indie they felt represented them (in this case, Manchester’s Modern Love). Since 2007 both men have defrosted, and, in classic Captain America style, broken out of their icy pigeonholes and whisked themselves away on adventure. Destination: round the world; haul: 1 x spy-phone field recorder and 1 x trunkful of Echospace hardware. Liumin, purported by Modern Love as emphatically not the sequel to Coldest Season, is the resulting eighty-minutes of distilled techno awash with exotic lore—a travelogue by two pioneers who’ve seen the world’s expanses and thought, “You know what this needs? Fuzz.”

Anyone sounding the brainwash siren and thinking, “So this is one of those records by enlightenment-seekers who’ve gone traveling and come home with dreadlocks” can put their fears to rest: Hitchell and Modell are one of the most grounded (if unlikely) duos in techno—the former ex-military, the latter a Hare Krishna—and the wizardry they work on their antique equipment means worshiping the cosmos comes second. Modell’s agenda, set while stationed in tuneless postings where he learned to live off bolts of white noise, is to reach euphoria through repetition, and the Tesla coils he mixes into his murky beats sizzle like ice being fried. As he climbs and climbs into the airborne thump of “Summer Haze” you can feel yourself sweeping down on the cover art: a twinkling metropolis of splintered lights, cabin crew announcements babbling. It’s a deep, pulsing trip, and Hitchell’s traces of beachy guitar mean you can kiss goodbye to that valium in your hand luggage (you shouldn’t use it anyway; the altitude will make you act violent). What a way to set out their pitch, though—a minimalist dub track you can dance, cross time zones and ease towards the sound barrier with.

And then you encounter borderline salsa. If you can visualise Echospace ditching their beloved tape hardware for a Rio edge and maracas, “Sub-Marine” is it, its bass fished deep from the Mariana Trench proving you’re a very long way from the Arctic. It’s still an Echospace track through and through, though—the micro tinkering, gallons of hiss and strung-out sonar ping confirm that—but they’ve never felt this limitless and so keen to soak up the world. In fact, their signature “dub techno” tag almost seems redundant now—its snowy connotations lose out to a jolliness that bristles with house pad dialects. Likewise “Maglev,” whose voodoo bob and skittery cymbals launch you west like a catamaran, will have you pinching yourself as you try to remember this was all made with tapes and a plane ticket.

Liumin‘s slowed down Predator 2 vibe invites more than just heat and invisibility, and it’s probably no coincidence that Modell and Hitchell released this record to coincide with summer: Echospace have moved so far south by now that come Christmas they’ll hit another icecap. Only “Burnt Sage,” with its pluming synths and downbeat mulch, openly revisits The Coldest Season‘s glaciers, lowering the temperature momentarily. But even that track’s use of trance suggestions provokes a more global kind of scope. Maybe Rod and Steve are closet World Cup fans, and Liumin is their way of shouting “We’d love it for all the teams to win, so here’s a spoonful of Japanese subway instructions and some Latin poltergeists you can nod to.” Most likely they’re people who’ve been on too many night voyages, and now find themselves entering involuntary headstates whenever placed next to machinery. In a way it’s like as if the delays they encountered while flying have given Echospace some kind of ESP (I can vouch for the Bangkok effect—you’d zone out if stuck in a lounge where the air smells of MDMA), but we’ll probably have to wait till 2013 to see if they either brave dubstep completely, or retreat and go icy again. At the moment, the odds are about even. It’s easy to see why Liumin‘s tropical comedown might polarise the band’s followers because, like its predecessor before it, it wraps you in gas and lowers you into the ground, one faint beat at a time. And that’s about it. The difference is here, though, is what’s happening on the surface now gets piped down to you, giving Echospace extra levels of impressiveness. Like before, they never set out to dazzle. Or to eclipse their last work. But they have.