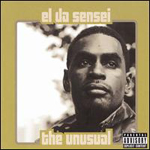 To a certain type of person, Crooklyn’s Classics is the best blog on the internet. I am that type of person. The breadth of Crooklyn’s effort to canonize hip hop’s golden age is only matched by the enthusiasm with which he does it, posting obscurities (Shyheim) alongside necessities (Lord Finesse) with ecstatic notation. Recently he uploaded Organized Konfusion’s hallowed discography with the lament that, “We are so far removed from the days when hip-hop was about takingwhat little resources you had to lace folks with the illest rhyme, thedopest beat, the unbridled truth about life and how you live it. We nowsettle for silly rhymes, jacked beats, and fabricated lies…and all thistime, Prince Poetry and Pharaoh Monch have been diligently putting in workto insure that hip-hop remains original, artistic, and above all, honest!!” (sic).

This would all just be kinda cute, another poorly written blog, were Crooklyn not a) outrageously correct, and b) fulfilling his end of the deal with such resolute authority. His ten-part, year-by-year “Overlooked Hip-Hop of 1990s” series psychologically scarred my hard drive but flipped me to, among others, Downtown Science and Scientifik, the latter of which a friend of mine threw $50 for on eBay. Dude’s record collection is unimpeachable, and dense with rarities. There are soft points in his taste, but they grow from enthusiasm, like recommending KillArmy because it interestingly overextends the Wu aesthetic. One gets the feeling -- and I have no basis for this beyond Crooklyn’s near-perfect recollection of release dates and posse politics -- that he, unlike (at least) me, listened to these records upon their original release, lived through their moments in relevance.

This, in short, is why El Da Sensei’s fine The Unusual has sat so long in medium rotation for me, un-reviewed but played and enjoyed in passing for a few months: the record sounds so un-2006, I assumed it wasn’t. When Crooklyn upped the album on his delightfully half-assed “Stuff I’ve been listening to lately” post, I assumed that it was, like 97% of Crooklyn’s uploads, another unheard mid-‘90s pleasantry. On first listen, it was good: an easy listen, golden age in spirit but probably late ‘90s in production, a little clean but not too shiny. I was incorrect. The Unusual is one of 2006’s sharper rap records, unpretentious and long and good. It breaks exactly zero barriers: Sensei’s more master of ceremonies than narrator, his cadences riding the rails, enunciation clean, hype tracks like, “Uh, yeah, come on, what?” His topics are refreshingly mundane; he raps about rap, is freshly fresh, loves Nas. Unlike Jermiside & Brickbeats’ dazzling The Red Giants, this is decidedly not throwback rap; it is a charmingly irrelevant bid for mainstream underground success. There are oxymorons and anachronisms all over that last sentence, and I know it. This is my point.

It sounds like I’m making fun of the record, like I invited it over just to give it a swirly. That’s not the case. This record is a 72% (the same rating I bestowed on Mr. Lif’s high-profile Mo’ Mega) for a certain type of person, someone with a vested interest in the canonization and proliferation of that particular strand of hip-hop that flourished a decade ago. Crooklyn is obviously that type of person, wherever the fuck he is. I fancy myself the same. Those who aren’t may miss what Sensei accomplishes here (although, to be sure, this is accessible music). The percolating piano that rises to the surface of “Crowd Pleasa,” dense interwoven Sensei samples scatching over top, nods at Premier while Premier nods at Linda Perry and Sensei nods at fucking Crouching Tiger, Hidden Dragon. “Up in Da Spot!”, its horns fluttering downward with gale-force grace, sounds like Just Blaze sans ProTools, the drums bobbing and weaving against sci-fi phasers and Sensei talking the perfect amount of shit, not over the drums or drowned out by samples but with the production, harmonizing. And I mean, I’ve come to kinda love King and all, but what a rarity this subtlety is in the T.I. era, you know?

And thus The Unusual came to be the unusual source of this unusual update. I fucked up; I didn’t get this 72% out there earlier. While I pushed the record on people, Nool asked if I’d heard That’s Them or Between a Rock and a Hard Place. I asked what those were. He said they were two records by the Artifacts, the group from which Sensei hails. I’d never heard ‘em before. Mea culpa, right? A critic learns everything at some point.