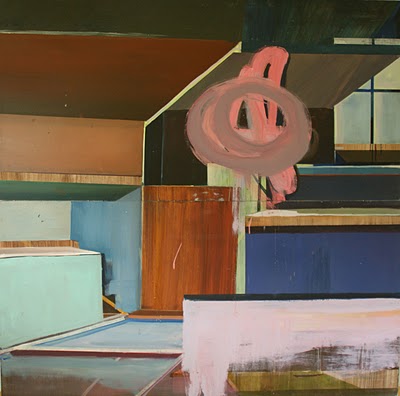 The Embassy is one of the rare groups that despite maintaining an extremely active internet presence is still likely more talked about than heard. The Gothenburg, Sweden-based duo of guitarist/vocalist Fredrik Lindson and programmer Torbjörn Håkansson is a huge influence on much of the Balearic pop that emerged internationally over the course of the last decade—for evidence of this, look to the fact that both Studio’s Information label and the Tough Alliance’s Sincerely Yours are named after songs from the Embassy’s albums Tacking (2005) and Futile Crimes (2002) respectively—and have existed in the shadows ever since. Though their work appears on remix compilations released by Permanent Vacation and despite the fact that they’ve started a digital label, Look, to release one-off singles from artists they like and make jokes through web design, their actual new output has dwindled to about one song every few years, almost all of which have been released as extremely small-run singles; one of the best, “You Tend to Forget,” was released in a run of six copies, with three kept by the band and three sold through auction with the winning bidder’s name etched into the vinyl. Needless to say, finding a mass audience appeared to be a fairly low priority.

However, the Embassy seem to be making something of an effort to change this in the wake of their peers’ successes. Life in the Trenches is a retrospective that compiles the band’s post-Tacking singles, but also includes songs from that album as well as material previously only available on Spotify before Americans could actually use it. Fortunately, that combination does make it a more than adequate introduction to a band whose work isn’t exactly easy to come by, and whose albums are essential listening for anyone interested in Swedish pop.

In these songs one can hear what could have been (or were) jumping off points for countless bands: “Information” recalls Jens Lekman or the Radio Dept.‘s melancholic romanticism in its guitar leads and shimmering production despite the absence of jokes or massive string samples; the looped vocals toward the end of “Who Put the Ass in Embassy?” are simultaneously unfamiliar yet crucial like every fragment that makes up Air France’s disjointed beach party disco; and “New Plans” clearly comes from the same place that birthed the Tough Alliance’s manic Happy Mondays worship. Virtually everything here, in some form, can be compared to New Order, be it a consequence of trebly Peter Hook-esque bass lines or the soaring yet understated synth lines that the band works into so many of their uptempo productions.

Yet Håkansson’s work rarely comes across as derivative, instead repurposing all of these elements to best serve Lindson’s understated guitar work and aching tenor. “Flipside of a Memory,” for instance, bites the lead from Nirvana’s “Come As You Are” and carries into it entirely different territory by the time the chorus hits, letting a propulsive snare hit constantly force the song forward. And “I Lay Awake” feels like a Field Mice song from an alternate universe where Field Mice songs weren’t unacceptably long and almost unavoidably a total drag to listen to, with Lindson’s lovelorn vocals neither coming across as underperformed or cloying. Lindson’s role is downplayed somewhat across the several instrumental tracks featured here, many of which have something of an unfinished quality about them, breezing by effortlessly but rarely sticking.

This odds-and-ends collection is more than anything else a restatement of existence for a band that’s gone dormant for too long, a band that’s no longer so ahead of the curve in terms of reference points and revivalism that what they do can now be fashionable outside their hometown. It’s also, for those of us who have been waiting years for a new record, reason to be optimistic: coinciding with this release, the band placed a mysterious countdown on their website (just 145 days to go!), which I’m inclined to believe is a self-imposed hard deadline intended to reveal a new album proper, their first in what will have been seven years. Will it be worth the wait? Or even actually exist? I don’t know about you, but I’ll be keeping my fingers crossed until next March.