Other Records by Emma Pollock 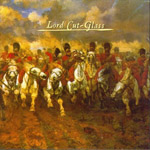 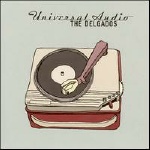 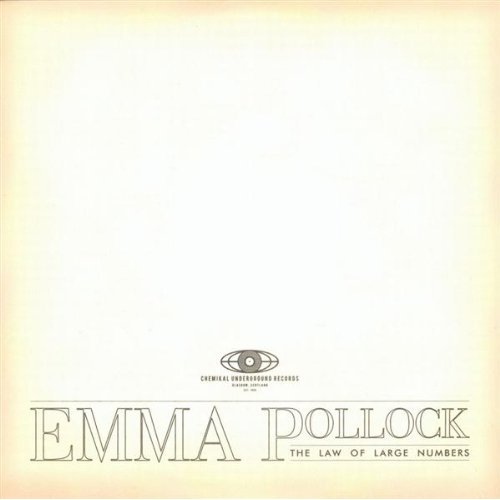 The Law of Large Numbers

In 2005, when tenors of cutting-edge self-disgust the Delgados were boldly bowing out, their joint chiefs and founders went off in two slightly separate directions. Guitarist/vocalist Alun Woodward rebranded himself as Lord Cut-Glass, emerging last summer in period costume with ten fresh chariots of bile. Vocalist/guitarist Emma Pollock, on the other hand, rebranded herself as simply Emma Pollock, and quietly released the catchiest single that never was on Midas-like outfit 4AD. Fans jived perplexedly. Why was she not distributing through Chemikal Underground, the dynamo imprint she helped establish when no one would give these headbangers a home? And, come to think of it, why had the Delgados’ penultimate string-fest, Hate (2002), been put out on a different label as well—one linked by proxy to the 4AD machine? Were Glasgow’s best-kept talent-herders dismantling themselves from within? Would all the introverted dropouts be forced to trek down south for their indie?

No, as it turns out. Apparently seeking breathing space after the breakup of her first band, Emma returns to the Chemikal community with a dozen new tracks under one arm and a muddy abacus under the other, ready to continue from 2007’s Watch the Fireworks and kickstart Mathematikal Underground, the one with secret patterns in the backmasking, and even more encrypted coordinates in the main songs themselves. The people behind the Bring Back The Delgados Facebook campaign should be pleased to know that The Law of Large Numbers is only slightly less caustic than their favourite band’s prime material: the crunchy dirges still ring true, the fancy orchestration tempered with paralysing memories.

The Y axis here is Pollock herself, who now gets to dive deeper into her imaginative yarns and retrieve twisted little riffs on the behaviour of the scorned—specifically, how they attract swarming tragedies like ramblers stung with hornet pheromones. “I Could Be A Saint” is one such early buzz and shows Pollock in crisis but mustering adrenaline, disarming a crush with ju-jitsu lyrics before he can flank her by dumping her first (“How are you gonna break my heart / When you’ve never even made my day?” she sings, kitted out with a fire bell backing rhythm and some snaggletooth bass). It’s the kind of charged, wintry euphoria that her last band produced by the vat-load, and just makes you want to patiently amass scarves and then rock the fuck out in bad weather. That germ within you that plans to break down and blab to almost everyone? Pollock likes to bear-bait it, taking care it’s given a variety of outlets to escape through once it had its fill—from the Hot Chip poptronics of “Confessions” to the cascading piano scales of the intro track.

Perhaps unsurprisingly given its title, The Law… weaves itself along bandito gridlines that shake off the leash of conformity, even when Pollock’s song style and backing seem determined to nudge her towards MOR. “The Child In Me” is a mini Cat Stevens in action—all perfectly delivered guitar insecurities that surf the quarterlife crisis, and a storyteller callback to the earlier “House on the Hill” where Pollock pines for a rascal from her past. “So when you look out from the house on the hill / And the walk towards the graveyard / Remember how I folded, remember how I fell / Remember how I gave you far too much as well,” she notes, livid as her Dorian Gray-like ex stumbles from fluke to fluke. You get the feeling that these straight-laced tracks are the antidotes, designed to right the upturned furniture after some of the album’s valiant chaos. “Chemistry Will Find Me”—a possible thank-you to her label?—uses a Mogwai riff to fluff up the pillows as Pollock awaits medication, and “Red Orange Green” sends a cat plonking along a seemingly infinite keyboard.

Although less kinetic than Lord Cut-Glass’s solo escapades, Pollock’s second venture on her own is powered by its own homespun energy. Although the exact nature and mechanics of The Law… is one only Pollock might be able to clarify, her lively subconscious is a lot more appealing than most other private foragings would have you think—where else could you find a successful xylophone throwdown, or a seafaring instruction that makes you want to reach land and pogo? Although a little inconsistent in its layout, The Law of Large Numbers packs that same precise bite that brought the Delgados to public knowledge, scaled down/expanded to suit its creator, who before writing songs was a physicist. And believe me, those people know how to agitate.