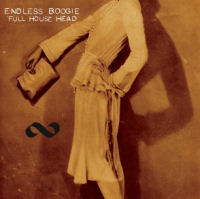 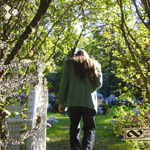 Yours truly was first exposed to the juggernaut that is Endless Boogie on the fourth night of Yo La Tengo’s 2007 Hanukkah extravaganza at Maxwell’s in Hoboken, NJ. They were the opening act, and nobody was about to dispute their quality because, well, they were handpicked; a friend of Georgia, Ira, and James is a friend of ours. But unlike most of the more fashionable openers on the other crazy nights (e.g. Times New Viking, Versus, New Pornographers), no one seemed to know a single thing about them, aside from the fact that they all supposedly worked at Matador Records.

So what were the kids supposed to think when four extensively hirsute dudes, none appearing under the age of 40 (50?), ambled onstage and launched into a greasy two-chord blues jam about falling down a flight of stairs and (I think) waking up in the back of a truck? Endless Boogie proceeded to burn through four “songs” in 45 minutes. I couldn’t help but think two things: 1) these guys are the real life version of Dwight Yoakam’s front porch garage band in Sling Blade, and 2) this is considerably awesome. If the thought of 17-minute, twin-guitar chooglin’ gets you hot, you’ll dig ‘em.

A little research has revealed that the Brooklyn-based Endless Boogie have essentially existed in one form or another since the mid-‘90s, primarily as a Tuesday night jam session to get frontman Paul Major (aka “Top Dollar”) out of the house. Major is apparently one of the best-known record collectors on the East Coast and, along with Jesper Eklow, supplies Endless Boogie with equally endless guitar solos and raspy “vocals” calling to mind that dude from Kings of Leon channeling Iggy Pop. They only play shows when specifically asked, gained some street cred when Stephen Malkmus begged them to open for him in 2001, and released some uber-rare, long out-of-print vinyl offerings before dropping Focus Level last month. You can’t accuse them of failing to keep it real.

Focus Level clocks in at 70+ minutes and contains two types of songs—there’re the (relatively) concise riff rockers with discernible vocals and then double digit noodling where the listener is immediately transported to, say, 13:27 of that hot “Playin’ in the Band”-jam from your favorite ’72 Dead tape. The latter tunes find Paul Major trading wordy verses for grunts and Mike Patton-esque vocal gesticulations. They also significantly outnumber the shorter songs, which is too bad because, at least on record, EB is far more raging when they keep it brief and focused.

So good is seven-minute opener “Smoking Figs in the Yard”: Over three chords and torrents of greasy slide work, Major barks about what sounds like the greatest red-blooded American BBQ ever, where “the grill is on! / The meat is cookin’! / Once again!” while the lucky attendees get to smoke all manner of figs “in the baaaackkyaord! With my friends!” One gets the feeling that redneck poseurs like Kid Rock would sacrifice a gonad to hang with these guys, but rest assured that Endless Boogie have no idea who he is. SOTY candidate “Coming Down the Stairs” even manages to one-up “Figs’” glorious choogle, transferring the rock from the backyard to the barroom floor for the Pee-Wee Herman breakdance anthem of your wildest dreams. “Move Back” completes the shorter = better triumvirate with a three minute wah-heavy stomp that could pass for a Stooges track.

And the remainder of Focus Level consists of fantastically named songs (“The Manly Vibe,” “Steak Rock,” “Gimme the Awesome”) and fantastically lengthy guitar solos, most of which just sound like in studio jam sessions with rolling tape. There’s no question that Eklow and Major are adept and adventurous guitarists schooled in all manner of white-boy blooze rock. But the jams meander and suffer from sounding like more-fun-to-play than actually-listen-to, though end up ideal for nodding off to on long train rides or marathon bong sessions. So, Endless Boogie’s jamming is not of the relatively less predictable, Trey Anastasio-like ilk, just all pentatonic, all the time.

Focus Level features too much filler to rate an unqualified success, though it does contain two of the most smoldering summertime rawk songs in recent memory. Still, considering the album’s merits as a cohesive statement or not, it’s impossible to feign cheer for these guys, a sentiment that will ring even truer after you witness them live. Endless Boogie simply come off as humble, as four good humored pals that can’t quite believe that they put out a record, let alone one that people other than themselves would want to listen to.