Other Records by Espers 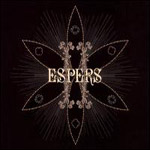 It’s the simple pleasures right? One of my favorite guitar passages ever is Steve Hackett’s absolutely euphoric burst of arching notes in the middle of the instrumental section of “Dancing with the Moonlit Knight” (3:19-3:30 for those who want to play along at home). It’s a kettle bursting with steam and the warm touch of pear and ginger in your green tea, the before and after of the event, condensing a whole range of emotions into one brief form. That’s the stuff.

Then again, when I was first getting into prog in my mid-teens, I always felt that moments like that were a tease; that they should be riffed on, indulged in, and exploited to their fullest potential. I’m not sure what’s different, but I suspect it’s fairly universal that as your knowledge (or the less pretentious “taste”) in music expands, you learn so many moments to treasure, and you begin to realize that indulging licks might well rob them of their power. And not in the punk-against-wankery sense, really, although you’ll find me in that camp too; it’s the way threads fit into the tapestry of a song, and it’s (sometimes) the tease that matters. That temptation allows a riff like Hackett’s to work tension and release against one another so that the moment becomes part of the song—so that its brevity means something within a song’s compositional logic.

On II, the Espers only sort of sound like Genesis—more on target, think a stew of Comus and Fairport Convention with some psychedelic spicing—but they do arrange their songs in pieces. My reservation here is that, as my anecdote might suggest, they could take a lesson from Selling England by the Pound and learn that “fleeting” is not a four-letter word.

But let’s backtrack a second. 2004’s Espers was a world unto itself, and when the then-trio fell off a cliff into a ruddy system of light-reflecting-through-quartz and clay they made such criticisms unnecessary—the river reed production was the point, and the water, even if it was sometimes muddy, churned expansively. II sees the band expanding to a sextet, embracing crisper production, and placing a lot more emphasis on arrangements. While that last is probably necessary, given the extra musicians actively involved in the creation of this music, in highlighting those contributions, the haunting qualities of the band’s debut have been suppressed; every thistle and cat tail is brought into clear resolution, and without the panic of seeing indiscernible shapes flit by as you are carried along by the current, the album plays more like a meandering, peaceful, but visually monotonous canoe trip.

Which isn’t to say II doesn’t try to haunt you. It’s like the difference between good and bad horror films—the ones that don’t spell everything out are inevitably more scary. The instrumental sections throughout the album are fun, creative, and show a compositional maturity that is pretty impressive given the space of only a couple of years; in terms of production and arrangements, however, they seem a little paint-by-numbers. When the electric guitars creep through the lovely acoustic picking of “Dead Queen,” the point is to change the mood, but effect is to throw an anvil in the mix; it’s still very pretty, but the signpost reads “this is the heavy section.” It doesn’t help that the sustained instrumental portion in the middle of the song runs too long. On the other hand, the more sophisticated harmony vocals of Brook Sietinsons and Meg Baird really propel the vocal sections, and their beautiful and often highly innovative approach to vocal arrangements is still one of the most exciting things in contemporary music.

“Widow’s Weed” is an orchestra of creaking door hinges, but I wonder if it would have worked better without the Grand Funk rhythm section. This is probably the least interesting vocal performance of the album; it’s one of those quiet arrangements that exists solely to offset the deluge of heavier guitars and drums that inevitably come in later on. “Children of the Stone” is a lovely mess of pretty flute lines and guitar pickings; the album’s longest song, it works with many interesting ideas, but ends up stalled at “pleasant,” never reaching “epic.”

Perhaps surprising, “Cruel Storm” and “Mansfield and Cyclops,” the songs most distinguished from that debut, are actually the nicest songs here. Instead of exploiting the hypnotic repetition that propels the other songs on the album, these two embrace extended chord progressions, melodies, and changing approaches to instrumentation (as well as a fluidity that makes them a bit less sterile than their counterparts) that keeps them interesting. “Storm” is a delicate union of electric and acoustic guitars that support a breathless vocal; the drums shuffle and march beneath, that old prog-via-jazz trick of laying quiet on top of loud. “Mansfield” rocking chairs atop stuttering drums and Floydish slide guitar; this is the quiet counterpart to Comets on Fire. The rotating mellotron in the background really helps the ambience, changing the tonality in subtle ways.

II is a lovely little record, but many of its charms are scripted; even charming people get old when you are forced to spend too much time with them. I can’t shake the sense that I like this record because it reminds me of other things I like, without really reaching any of their heights. For fans of the Espers, this could well be seen as evidence that the band is heading somewhere great, somewhere different from their surprising and original debut, but in that passage, II sees them standing with a foot in each field, walking slowly in a line down the middle.