1. High Score
2. Monsters Under The Bed
3. Vampire Casino
4. Bold Street
5. Child Lost In Tesco
6. Vela
7. Madeleine
8. A Girl Whom My Eyes Shine For But My Shoes
Run From 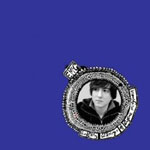 The Early Learnings of Eugene McGuinness

The first thing about The Early Learnings Of Eugene McGuinness that strikes you is the lyrical dexterity. Part whimsy, part misery, part urban fable, McGuinness lives on a cypress-lined street with the Magnetic Fields, the Hidden Cameras, and Syd Barrett as neighbors. In a city inhabited with perma-tanned women with graceless earrings, an accordion playing Orpheus, and vomiting mayors. On the "Sloop John B" soundalike "Bold Street" he observes, with a Morrissey eye, "Burberry check, curb-side sex and police cars." Instead of predicting a riot like Kaiser Chiefs he then sings "Twinkle Little Star" and hopes he gets out alive. If further proof were needed take "Monsters Under The Bed," the lead single. He manages to work in a pastiche of the Munsters-theme, a Dexy's Midnight Runners-style sing-along and the word "fan-fucking-tabulous" within one song. It's bizarre that such an adventurous song should be written about fighting his work-induced insomnia with going on the Internet and late night gardening.

This urban paranoia coupled with wide-eyed hopefulness fills the album: during "A Child Lost In Tesco" he equates a search for longevity with being lost in a supermarket and having his name "passed around for a while" over the tannoy. It's the juxtaposition between the two which saves the album from being either twee or brow-beaten, two unhappy holes most singer-songwriters seem to fall into with far too much ease.

His voice, though not spectacular, is able to tell a story where needed. It can be cracked and vulnerable such as on the pristine and elegant piano-led ballad "Madeleine." An elegy to a love (it's unclear if it is of a childhood romance already gone or of a love yet to come) he weaves half-remembered facts, scrawled love notes, and snatches of conversation into a surreal imaginary escape from a picture perfect town with golden paved streets and permanent rainbows. The sweetly bathetic chorus of "No 'Hi there's' or 'How do you do?'s / Just a blur of when I was introduced to you" is incredibly touching, more so than hundreds of RnB ballads out this year and more believable. His voice can also display a matter-of fact dryness such as on opener "High Score," which reins the rise and fall melody down from sounding too florid or flowery. Coupled with the fluid luscious folk harmonies around the main melody, the song challenges Rufus Wainwright in terms of arrangement while seeming effortless and uncontrived.

It's these throwaway moments of musicality that impress most about the album. Eugene McGuinness knows how to jump through hoops and fill every corner of a song with another melodic riff or instrumental flourish to make it stick in the mind. "Vela"'s twilight frostiness is warmed by slide guitar and brass. "Vampire Casino" swaggers like an aged country song after a few too many drinks, threatening to burst into "Who's Sorry Now?" at any moment, but preferring to sit down quietly with a sobering glass of cold water and a sparse glockenspiel instead. There's even room for shimmery rockabilly in "A Girl Whom My Eyes Shine For But My Shoes Run From." That's if Todd Rundgren ever did rockabilly on Something/Anything? (1972).

Though there are only eight songs here each is as immediate and instantaneously likeable as the next. Until McGuinness offers us something more substantial, cherish this and pray to God the songs don't crop up on Zach Braff's iPod.