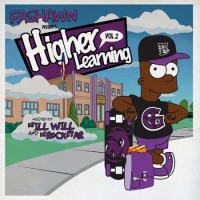 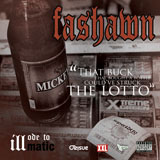 Ah, the abundance of ambitiousness in a rapper’s medulla. Lupe promised us a triple-album that should have come out last summer; Jay-Z claimed he wanted to make “the most experimental albuml [he’s] ever made”; during Charles Hamilton’s 15 minutes, he occasionally released mixtapes by the half-dozen. One imagines rappers can be identified early in life by their single-minded desire to run—no, fucking sprint—before their soft spots have hardened.

With that in mind, here’s Fashawn, trying to serve a gourmet five-course meal after watching a few episodes of Iron Chef. And perhaps that analogy is harsh, but the problem with crafting an ode to hip-hop’s greatest document is that it confronts that masterpiece directly. You come at the king, you best not miss. So while Fashawn’s considerable talents might glow phosphorescent when not in the shadow of such canonical source material, ultimately, his bars cannot escape that specter.

The Phenom doesn’t help himself by reciting many of the iconic hooks verbatim and too-often mimicking Nas’s flows and opening bars. Nas spits, “The fiend of hip-hop has got me stuck like a crack pipe”; Fash spits, “I be on the block where fiends suckin’ on glass pipes.” By constantly choosing to employ phonetically similar bars, Fashawn does very little to make this a fun exercise of his own and seems to deliberately nod towards Nas’s seminal debut so laboriously it nearly renders him faceless. If Illmatic (1994) was a fully-formed introduction to one of rap’s most compelling personalities, announcing to the world, “This is Nas,” this tribute leaves me wondering just who Fashawn is besides a guy who does a half-decent Nas impression. This really does feels like a paint-by-numbers exercise sometimes—specifically his renditions of “Represent” and “Life’s a Bitch,” in which half of Fashawn’s lines are carbon copies of Nas’s. Instead of finding myself compelled by Fashawn’s reinterpretation of “Halftime,” I’m left remembering how transcendently great Nas’s version of “Halftime” is. In short, this thing just makes me wanna listen to Illmatic.

But let’s attempt to segregate Fashawn’s work from the work its honoring, because bereft of context, this is a consistently enjoyable 40 minutes. When he’s not citing Nas lines, Fashawn displays his ability to impressively string together punchlines and boasts that bleed into each other, his flow nimbly careening around the classic production. His verses on “One Love” are perhaps the best on the tape because they ostensibly draw on his personal experiences (late-night excursions, living in a town permeated by racial tension, etc.)—Fash sounds less like a ventriloquist’s dummy and more like the absorbing MC he’s demonstrated he has the potential to become. “One Love” also proves that this whole project would have had a better chance to succeed if Fashawn simply elected to use Illmatic‘s instrumentals instead of aping Nas so completely.

It’s hard to blame Fashawn for this misstep (and really, it’s a free mixtape he probably didn’t slave over), because his failure speaks to a larger issue. We have an odd obsession with labeling things “The Next (fill in the blank)”—just ask Harold Miner. This is especially true in hip-hop; somewhere delusional message-boarders are undoubtedly hailing Blu as the next Q-Tip. This madness, combined with the hubris of many rappers, creates something of a counterproductive feedback loop. This is the type of shit that causes legitimately talented artists to record 40 minutes of mildly-impressive-but-ultimately-irksome mimicry. It’s frustrating insofar as Fash could deftly accomplish a task less colossal; one wishes he would focus on fleshing out the interesting Left Coast thump he explored on his debut. Instead we’re left with a vexing example of why some art is best left untouched.