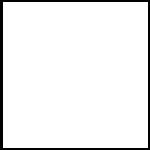 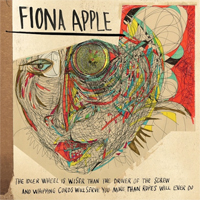 In this Era of Immediacy, when artists churn out records at a James Patterson-like rate, or at least squeeze out an EP every six months, in order to simply remind us they exist, Fiona Apple is an anomaly. After her struggle with Sony to release Extraordinary Machine (which finally dropped in Fall 2005), she took another long hiatus, storing up all that passionate, jagged Apple-angst for just the right moment. Which is now. Blissfully, thankfully now. The Idler Wheel is Wiser Than the Driver of the Screw and Whipping Cords Will Serve You More Than Ropes Will Ever Do is Apple’s best work yet, spontaneous and so utterly unique, uninhibited and self-possessed in its sonics and language, risky and jarring, full of sharp turns yet encountering beauty everywhere, it feels like the first document to fully explore the depths of her talent. No wonder fans are always willing to wait for Apple; here, finally, she seems to wring herself out—all for us.

The results are raw but surprisingly warm, despite the rocky emotional landscape the record negotiates. Combining the jazz influence of Extraordinary Machine with the pissed-off confessional fury of When the Pawn… (1999), The Idler Wheel is significantly weirder and more ambitious than either of those fantastic records. If the rabid fan buzz is any indication, this might be the strangest album to hit the top of the charts since Kid A (2000). In fact, Fiona Apple bears a resemblance to the Thom Yorke of the early aughts, to the wiry hermit of Meeting People is Easy: a little bit scary, a little bit funny, and, to skeptics, maybe a little bit phony. But for all of Apple’s idiosyncrasies, excruciatingly laid out in many recent interviews, her voice as a songwriter remains solid, grounded.

The Idler Wheel… is maybe even darker and more brittle than we could’ve expected: there are no cinematic love songs here like “Love Ridden” or “I Know”; the sweeping synths and strings are long gone, replaced almost fully with only space, foreboding and rimmed with menace; noticeably stripped-down production (featuring sparse percussion and piano) brings Apple’s voice and words to the absolute fore. The simple percussion vacillates from a thunder-like rumble to an uneasy buzz, and tiny, deft touches—like a creak of violin on “Valentine”—keep the record’s mood anxious and imbalanced. Which, turns out, pairs well with Apple’s visceral and often twisted lyrics. Though she writes mainly and at length about emotional entanglements and the way sickness and sourness can creep up and infect everything good, no matter what it is, her ability to color it so many different shades, from the desperation of “Valentine” (“While you were watching someone else / I stared at you and cut myself”) to the simple dagger in the heart of “Jonathan” (“You like to captain / A capsized ship / But I like watching you live”) makes each instance startlingly true, as fresh as an open wound.

“Werewolf” and “Anything We Want” are probably the most traditional songs on the record, at least concerning her small canon, both beautiful ballads and unexpectedly upbeat. Apple may be one of the best “break-up” songwriters out there (When the Pawn… has some pretty scathing masterpieces, surely), but it’s refreshing to hear her abandon her fixation with the slow, torturous end of things. “Anything We Want” and the oddball “Hot Knife” do seem to focus on the actual highs, the glimmers of good that come with being in love. In “Hot Knife,” she repeats over and over in a jazz-singer cadence, layering her voice, “If I’m butter then he’s a hot knife / He makes my heart a Cinemascope screen / Showing a dancing bird of paradise.” Likewise, in “Anything We Want,” she describes, finally, the gift of some time alone with a lover. Of course, she also mentions scars and compares herself to a zebra, but it’s easy to forget, due to her melodramatic flair, that she’s always captured specific, intimate, concrete feelings, both good and bad, with remarkable precision.

“Left Alone” is the album’s manic centerpiece, a hybrid akin to a cut from Joni Mitchell’s The Hissing of Summer Lawns (1975). She plays around with her voice, gliding easily between her standard growly alto and a flaky, Minnie Mouse falsetto, professing to be “hard, too hard to know.” It’s true, if only in this moment; she’s presenting an oddly vulnerable new side of herself. “Left Alone” is the sound of Fiona Apple cutting loose. Having fun. If that word could ever be applied to what she does. It’s quite something to behold.

Though it’s not a particularly short record, The Idler Wheel… seems to be over all too quickly; this is due not only to the consistent greatness of each song, but to the fact that it’s easy to lose oneself in its dense emotional web. Those entanglements, remember? The reason behind Fiona Apple’s popularity has never been much of a mystery; it can be traced directly to her unconventional voice, perhaps, the way she can convey so much in just one quivering note. When we hear Fiona Apple’s coarse, angry vocal performance on a song like “Regret,” we feel in touch with a coarse, angry part of ourselves. It can be that starkly simple. And in The Idler Wheel…’s ten phenomenal songs, Fiona Apple seems to lay everything out on the table: all that viscera and creative juice stored up inside over six long years. Even if we have to wait another six or more, The Idler Wheel… may take that long to fully untangle. And may it always feel this bold and cut this deep.