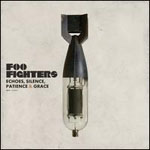 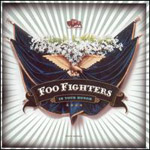 Foo Fighters: In Your Honor 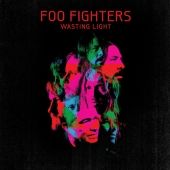 Every day Dave Grohl isn’t stationed behind a drumkit, a puppy dies. So goes the balance of the universe. That recent Them Crooked Vultures (2010) record wasn’t without its share of flaws, but its flaws sure as shit had nothing to do with the drumming (“Scumbag Blues”: whoa). And have you recently listened to the drums on “Lounge Act” off Nirvana’s Live at Reading (2009)? I mean REALLY LISTENED TO THEM? Like a cruel joke, Grohl spends his downtime from Foo Fighters reminding the record-buying public how potentially awesome this rock ‘n’ roll stuff could get were it not for the existence of Foo Fighters. His failure to man the skins at all times looks at God’s Ultimate Plan and slaps it across the face.

Check out every Foo Fighters pre-album publicity blitz from the past ten years and a pattern starts to form: Grohl states something along the lines of “drumming for Heavy Band X was so inspiring that Foo Fighters album Y is gonna be the heaviest, best one EVER, brah!” and this has rarely panned out to any palpable extent. One by One’s (2002) four cracker jack singles were surrounded by filler, hamstrung by dodgy, nu-metal production courtesy of Nick “I Am Destroying The Next Rush Album As We Speak” Raskulinecz; In Your Honor (2005) and Echoes, Silence, Patience & Grace (2007) sounded better (Gil Norton in the hizzouse for the latter), but both were a bit too tailor-made for the iPod generation. In other words, delete every one acoustic song in which Grohl makes a bid at, y’know, serious artistry, and call what’s left a decent mainstream rock record.

But closing Echoes with a tender piano ballad is clearly counterintuitive coming from the guy who once screamed the utterly fucking kick-ass final verse of “Monkeywrench” with a mouthful of blood. No one is looking to Foo Fighters for anything deep, anything without a mouthful of blood. No one wants Dave Grohl to contemplate all the dead puppies in his wake. He’s often compared to Tom Petty as far as acting as a source for reliable, respectable mainstream rock, and it’s not like Tom Petty’s ever copped to much else.

Wasting Light, Foo Fighters’ seventh album, would appear to be more of the same. Grohl’s been reinvigorated by drumming for Them Crooked Vultures! Butch Vig was enlisted for production duties! The album was recorded to analog tape in Grohl’s garage! How could this not be the band’s Heaviest Record Evah? They know they’ve said it before but now they’re for serious! What’s better—and even surprising, provided you’ve been onboard with them before—Wasting Light is almost unquestionably the Foo Fighters’ best full-length album since 1997’s oft-lauded The Colour and the Shape. Nearly every track has hit single potential, the choruses are instantly memorable, and the band wisely drops the weepy acoustic stuff in favor of playing all loud all the time. This is aggro-Grohl back on full display, the Lemmy fan with more and more tattoos the further he gets from age 40, constantly wiping his stringy, hesher hair from his eyes. And have you seen his neck lately? It’s all huge and disproportionate, like he’s been practicing his headbanging for hours in front of the mirror.

Butch Vig’s presence can’t be underestimated; he’s done a good thing here. Recording to analog tape gives the Foos their thickest, crispest axe sound to date, which is aided by the re-addition of good ole boy Pat Smear as a full-time third guitarist. Not to mention: for the first time ever, Vig’s production offers definitive proof that Foo Fighters really do have a bass player. That Vig is able to get a guitar sound this satisfyingly loud without resorting to ProTools or brickwalling garbage should constitute a shining example for all future albums Grohl saddles with inspirational claims. Between Sonic Youth and Siamese Dream (1993), it’s not as if Vig is unfamiliar with making ‘90s-leaning “modern rock” sound vital, but the sonic difference between Light and everything else Grohl has been up to lately is something to chew on.

Anyway, Wasting Light comes off as a very enjoyable buffet of mainstream rock tropes, if only because it’s almost entirely comprised of Flying Vs and un-ironic devil horns. As such, it’s the Foo Fighters album that offers the most visceral thrills. “Bridge Burning” is awesome because the first song on every Foo Fighters record is awesome, beginning with Fugazi-esque palm mute noises and Grohl howling,“These are my FAMOUS LAST WORDS,” before zipping along to their trademarked big-throated, melodic chorus. First single “Rope” is all angular riffing and crunch with Taylor Hawkins indulging in Neil Peart drum fills at the bridge. Then Bob Mould gets to duet with Grohl on the start-stop lurch of “Dear Rosemary,” and Grohl pulls off his time-honored chorus trick of making vague clichés sound like burning statements of purpose: “Truth ain’t gonna change the way you lie! / Youth ain’t gonna change the way you DIE!” Fuck yeah! Everyone will assume that “Dear Rosemary” is about Courtney Love because every biting indictment in a Foo Fighters song automatically has to be about Courtney Love. Same goes for the similarly weighty balladry of “Arlandria” and the R.E.M. finger-picking, quiet-to-loud dynamics of “These Days.” (“Your heart has never been broken!!! / Your pride has never been stolen!!!”; grrrr.)

To be sure, the touchstones of all previous Foo Fighters albums remain: closer “Walk” is the inspirational pop-rocker that will be the choice for ESPN programmers to soundtrack sports human interest stories (see also: “Times Like These”); “I Should Have Known” is the LP’s artistic statement, the creepy weeper with keys and violin (and Krist Novoselic on bass duties) which people will surmise is about Grohl’s former employer. And I will eat my shoe all Herzog-ish if “Back and Forth” isn’t the third—not second or fourth—single. But then we also get new kicks like “White Limo,” a metal send-up that sounds exactly like what Nick Oliveri used to do in Queens of the Stone Age, and it’s ridiculously fun.

There’s a telling scene towards the end of the recent, entertaining (though overly sugar-coated) Foo Fighters documentary, Back and Forth: there’s been a break in the action during the recording of Wasting Light, and all of the band members have their wives and children over at Grohl’s spread for what looks like the most traditional backyard BBQ imaginable. Steaks cover the grill, kids splash in the pool, and everybody seems relaxed and happy, thrilled, even, they’ve reached some mythic point in their lives where a workday consists of pleasantly munching on rib-eyes and then jogging thirty seconds to Grohl’s garage to lay down a fucking rock record. The Foo Fighters have nothing left to prove. And unless the forthcoming Red Hot Chili Peppers record somehow re-captures the spirit of Blood Sugar Sex Magik (1991), Wasting Light is as good as mainstream arena rock gets now, twenty years after the fact.