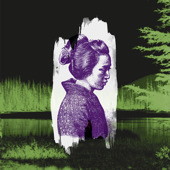 Olde English Spelling Bee seems a label distinctively of Brooklyn and the hypnagogic pop community surrounding Ducktails, Julian Lynch, James Ferraro, and other regional artists, but it’s done more. For proof, just look to musicians like Matthew Barnes, the Wirral, Merseyside-based musician whose project, Forest Swords, found a home there. His Dagger Paths EP is geographically of both his region and theirs; it takes the instrumental palette of drone and post-rock and rewrites it in the context of English future bass, swapping digital clarity for 4-track abrasion. He retains dubstep and garage’s senses of darkness, triggers for nostalgia, and hints at those musicians’ worship at the altars of American soul and R&B while pushing instrumentation and production into a space sitting somewhere between both Hyperdub and Kranky’s catalogues at their most cerebral.

Throughout the six songs that make up the original edition of this EP (a new version is also available from No Pain in Pop which appends a single and adds a bonus disc of material), Barnes keeps a number of signifiers consistent. Bent and twisted vocals exist in stereo pans, always rendered incomprehensible through reverb and echo and reduced to pure melody as a consequence, floating and reoccurring in the mix. The aggressive low end and battering ram hooks that made hit singles out of some of the better, headier English future music is traded for looped percussion made up of roughly-recorded snares and toms, emphasizing resonance and echo; “Hoylake Misst,” for example, is defined largely by its clobbering, repetitive percussion, revealing guitar drones, voices in the ether of the stereo field, and what sounds like blown-out synthesizers only later on.

Yet there’s more going on here than just looping of a couple of phrases and gratuitous use of the word “haunt,” and most of it comes from how Barnes’ compositions interact with contemporary electronics. “Glory Gongs,” for example, sounds like Swedish balearic duo Studio at their most stoned, working dub bass lines and tropical guitars into a palette around sounds that resemble steel drums run through several delays and layers of dirt, while one of the album’s most immediately melodic vocal turns hides in the right channel. His working methods simultaneously dehumanize and humanize the dance music he filters and deconstructs, rendering it almost impossible to dance to yet also processing it as something vulnerable and fragile.

This is most apparent on the EP’s last two tracks, “If Your Girl” and “The Light.” The former is a very good bass lead working around a wall of textures and a pop melody that makes the whole thing sound like the Radio Dept. until a moment in the final two minutes when that melody cuts out, giving way to propulsive toms that cut through the mix to arresting effect. The latter, then, practically evokes the Durutti Column through texture alone; Barnes can’t come close to approximating Vini Reilly’s guitar playing, nor does he try, but he comes closer to mining that emotional territory than most ever can.

This all then brings me back to the label I heard applied to this music when I first sought it out: “dronestep.” In the wake of dubstep having given way to UK Funky and the throat-lunging minimalism of James Blake in England, and now being associated with awfully titled micro-genres (“brostep”? “dudestep”? Really?) in America, Barnes has crafted a response that engages far more mentally than it does physically yet never feels joyless, austere, or meandering like it so easily could have. This feels not like culturally bankrupt nostalgia, but of the future, and it’s a sign of good things to come in the wake of American drone music and chillwave.