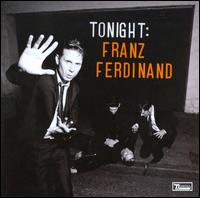 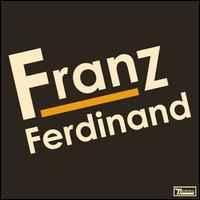 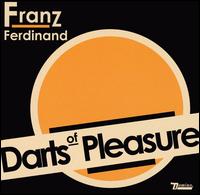 You Could Have It So Much Better

What a buzz for this new Franz Ferdinand album, huh? Online, in print, blasting from block parties and slipping through iPod playlists, You Could Have It So Much Better is turning into the indie album of fall 2005, a title reserved by the hipster elite for Wolf Parade’s scabrous Apologies to the Queen Mary. The clamor is deafening. Even CMG’s in-house logisticalist analystician Amir Nezar is on its jawn. You, astute reader, try not to believe the hype, but have doubtless cast intrigued eyes upon its promo posters in the local record store’s window. In these moments you find yourself muttering, “Can it really be that good?”

The answer is no. You Could Have It So Much Better is a clean, well-pressed disaster, a squandering of all the band’s talent and good will, and, after Make Believe, it’s the most disappointing album of 2005. This could’ve been so much better.

Single “Do You Want To” should’ve tipped us off that something was awry. A pseudo-Duran Duran synth melody wraps its way around the entire track, suffocating it. The band stutters the title ad infinitum, and when the track tries to break free on the verses, that irritating melody returns again and again, tauntingly. Never before has the band attempted to build so much out of so little. They trick it out with an enormous build-up and four-on-the-floor drums, but in the end, it’s all built around a single measure of melody, and the lyrics sheet amounts to nothing. It’s hardly even a song.

I analyze this track because it’s the most widely heard example of this album’s vacant songwriting; to be honest, the less you know of the rest, the better. The aptly-titled “Well That Was Easy” is a turgid, midtempo retread of the debut’s sound; closer “Outsiders” scarcely bothers to change chords, with a sci-fi synthesizer warbling against Alex Kapranos’ unnoticeable vocals and a guitar impotently jerking off in the distance. “I’m Your Villain” compliments its title with faux-evil guitars, the cartoony insincerity of which scarcely rise above the standards of a fourth generation ska band. These tracks lack melody or invention; they stand as monuments of ornamentation, full of effects and purposeless dynamism but with nary a scrap of soul.

The oblique sexuality and sly humor of the debut have been replaced here with lyrics of poetic gibberish and fey, half-hearted come-ons. “I love the sound of you walking away / The sky it bleeds a blackened tear,” Kapranos tries on “Walk Away,” hoping the music’s vague country textures will stop the listener from wondering just what exactly someone walking away sounds like. Worse yet is “This Boy,” where the band shamelessly apes its attention-getting “Michael” with put-upon homosexual chic (“I wanna come! / I wanna come, yeah!”). The title track’s attempt at social commentary is a hopeless series of clichés: “Now there’s some grinning goon / On my TV screen / Telling us all that / It’s alright because / She wears this / And he wears that / If you get some of these / It’ll all be alright.” So, like, wait, the E! Network is evil? No shit, Kapranos!

Many who champion this album have overlooked its soullessness; they point to its more “diverse” sound as its chief merit. And, admittedly, Better is indisputably the work of a more accomplished band. The album hits its plaintive high point with “Eleanor, Put Your Boots On,” where wilting pianos lean against lilting vocals for support; the melancholy the band conjures here is the only flash of its former confidence. Similarly, “Fade Together” works because of its unlikely chord changes and the unadorned emotion of its lyrics, not because of its atmospherics and instrumentation. It’s not “the boys’ new attempts at bringing down the tempo” that make these two tracks work; it’s the fact these are the only two songs with enough substance to stand without a phalanx of pyrotechnic ProTools firepower in front of them.

Even my boy “Kounterpoint” Karim Nezar’s review—normally too high-handed for my plebeian ass to criticize—falls into these traps, giving Kapranos’ lyrical inconsistencies the brush-over by comparing them to Whitman. I understand the analytical bent he’s taking—that Franz Ferdinand oscillate between the many binaries of human existence with the freedom and grace of an actual human—but my counterargument is that, simply, they don’t. They don’t contain Whitman’s multitudes; these tracks present an image of a band incapable of deciding which gimmicky imagery they want to sell themselves with, whether chic party boys defying sexual convention, hipster balladeers, pre-packaged confection, or any of a dozen others.

It’s sad, because Franz Ferdinand’s eponymous debut was an epochal culmination of dancepunk’s pop potential, in turns literate, ferocious, funny and funky; its success sits proudly among indie music’s finest crossover moments. On Better, they mercilessly bastardize this formula. Where the first album rumbled over the competition like a Hummer, the follow-up is the H2: a plastic facsimile, hollowed-out and put on top of a lackluster engine, competitively priced for wannabe gangstas and 34-year-old sales managers.

So fine, I’ll be the one to say it: “This is a bad album.” If I’m alone in saying it, that’s fine; I’ll stand on the sidelines of the critical establishment with my bucket of rotten tomatoes, screaming as loud as I can that these songs mean nothing, these guitar lines just aren’t catchy, no matter how many “twists and flourishes” they’ve piled on top. I’ll still be here screaming myself hoarse when everyone realizes that, for once, the term “sellout” is apt.