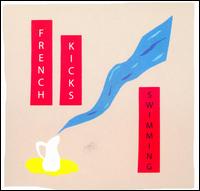 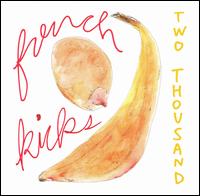 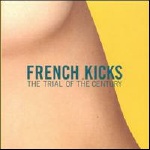 Trial of the Century

Reviewers are lazy. There, I said it.

It's only natural, I suppose, that with the proliferation of online review sites, there are now a bunch of twenty something kids writing two, three, maybe four reviews a week with only their spell-check, a beleaguered editor and a press kit to guide them as they try to think up clever metaphors and "feel" the music. That's the only explanation for a society of music commentators who doggedly compare band X to the older, cooler, more obscure band Y. It's become something of a staple of music reviews everywhere to loudly proclaim: "This band is influenced by those wacky post-punk sounds of 1978-1983, but they add some interesting electronic elements!' Please, kids. We need to take your asses to a creative writing workshop in the East Village or something.

Now, every blessed review I've ever read of the French Kicks has crammed them into the scene known as New York. Reviewers seem content to compare the Kicks to the Strokes, Interpol and the Walkmen, throw in an eighties reference or two, then think up a clever introduction about that time when they were really pissed off about their dead end job and are just plain tired of how these motherfucking skinny rich kids from New York get to have so much fun, and presto! The Critic has written their very own rock music review that mommy can pin to her refrigerator under her dancing cat magnets and show to guests.

I was going to write that review, or better yet, just post a bunch of links to the dozens of lazy-ass French Kicks reviews out there. Instead, why don't I just tell you what the French Kicks sound like?

"One More Time," the album opener, kicks off with a high hat that builds into an energetic and melancholic love song. Warm keyboard swells, soaring synths, percussion and an odd effect that sounds like a phone being dialed really quickly complement lead singer Nick Stumpf's earnest crooning. One thing instantly noticeable this time out is how much higher in the mix Stumpf's voice is; it makes the songs far more intimate and suits the band's newly romantic outlook. To compare this man's unrepentant croon to Julian Casablanca's disaffected bored sneer is simply laziness. Please don't let anyone fool you into thinking they have anything in common.

The Trial of the Century is a love letter. Far more unabashedly romantic than One Time Bells, the Kicks have let go of any lingering desire to be a rock band and are warmly embracing new wave style pop a la the Cars or New Order or Elvis Costello. As former labelmates the Walkmen were able to out grow retro garage rock and grow their sound into something fuller and more realized, the Kicks seem to be spreading their own wings. Again, that's not to say they sound like the Walkmen; while the Walkies sound a lot like early U2 these days, the Kicks are developing something a little different.

The title track, for instance, features what I believe is a bell intro and a heart wrenching minor chord guitar riff. The warm, sad rhythm is punctuated by crisp rapid fire drumming while Stumpf intones: "Don't know what/ It can be hard to say/ That's the sign of a better time/ And the hours they go in front of me/ Remind me how it used to be/ And you go down in the grass with me/ The hours of choking sent you me/ I thank you." This isn't the Strokes, it's more the like the yearning of Cindy Lauper (in a good way...I mean, right?). Whatever the case, the broken heart lyrics are expertly complemented by the crisp twinkling keyboards and minor chord yawning guitars which swell and swirl beneath. "Following Waves" and "Only So Long" are two more similar soaring pop gems.

The French Kicks may be sad, skinny rich boys trying to make it in a city full of happy, skinny rich boys, but they happen to be quite good at their craft. And they happen to be doing something quite different than most of the other New York bands they get lumped with---making souful, romantic pop songs. The French Kicks have seemingly all been through a pretty rough break up sometime recently, as the mood recalls Beck's lovelorn Sea Change or the Postal Service's Give Up. The Kicks have crafted a record full of pop gems about breaking up, wanting to get back together, mistakenly getting back together and breaking up again. Their album is full of lush harmonies, warm synths and soaring minor chords. The Trial of the Century is the perfect record for waking up at 7 A.M. on a Saturday morning and realizing that wanting love can be awful and beautiful and that you really shouldn't have invited your ex over for that last round of breakup sex...um, or something.