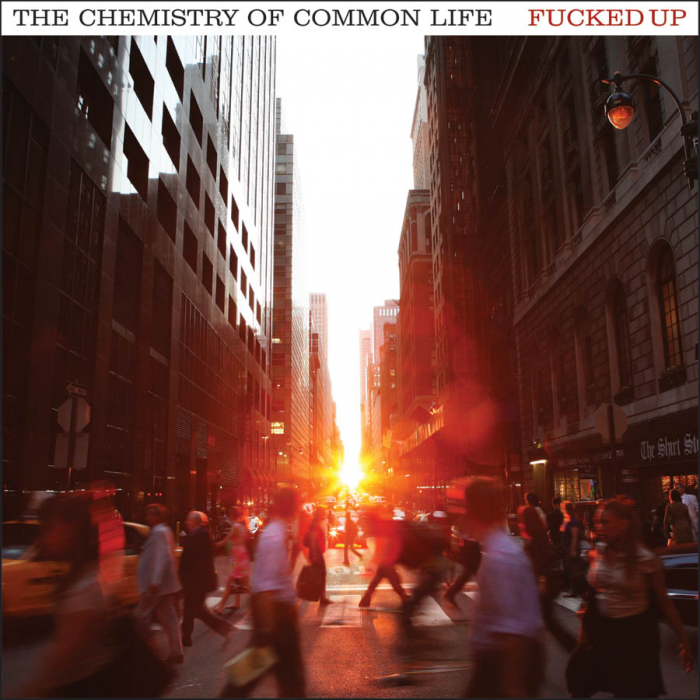 Fucked Up: The Chemistry of Common Life 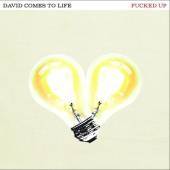 Boy (David) meets girl (Veronica). Girl dies. Boy thinks it might be his fault, spends the next 68-plus minutes asking, in big metaphysical/capital letters, WHY?!

So goes the gist of the “rock opera” comprising Fucked Up’s latest record. The band has created a website detailing every lyric and dividing the album into acts while offering detailed biographies and photos for each of its characters. They even got their musician friends to write songs for a limited edition mix CD of faux-bands approximating the late ‘70s music stylings one would expect to find in the gray English factory town where the story takes place. It’s an unquestionably creative undertaking, not to mention a great way of getting highbrow media outlets to continue to pay attention to a band whose moniker once rendered them as Kryptonite, but who are now approximating Canadian indie stars.

I can hardly fault Fucked Up for being so ambitious. And really, in terms of David Comes to Life‘s overall narrative? Don’t think about it too much. Plot-wise, David never entirely coheres; the characters aren’t fleshed out enough, and the lyrics, when you can decipher them, are heavy on the rote self-flagellation one would expect to find in the diary of a loved-spurned teenage anarchist angry at Dad. Many listeners (i.e. CMG writers named Dom and Conrad) will be unable to get around this. Fair enough.

But when your guitars sound as massive as Fucked Up’s do, when your record packs the strongest aural wallop of any full-length released this year, when your riffs and riffing and whatever else the third guitarist is doing are capable of blowing a hole through the listener’s chest, begging to be heard inside the confines of a packed hockey arena, narrative is—and should be—purely secondary.

In a ten-minute “making of” documentary, head guitarist/sound svengali Matt Haliechek (aka “10,000 Marbles”) downplays the idea of Fucked Up as a traditional hardcore band, likening them more to “The E Street Band with a hardcore singer.” Sure, except Fucked Up bears one distinct difference: unlike Bruce’s cohorts, the listener should never once doubt that each of the band’s three guitarists are actually playing versus just holding an inaudible guitar for dramatic effect (cough, Patti Scialfa). How else to explain the psychedelic, hurtling-through-hyperspace phenomenon that constitutes the mind-melting final two minutes of “Queen of Hearts”? Hundreds of guitar tracks may have gone into making this thing, but I can only hear one guitar entrusted with chords, one playing an epic descending five-note riff, and a third just blowing everything up with a wah pedal. The result is a shoegaze swirl which should encourage—no, force—Brandon Cox to scream to the heavens and burn his Atlas Sound tapes out of sheer jealousy. And this is essentially the norm: nearly every one of David’s songs features a 30-second bit wherein the listener will momentarily be stopped in his or her tracks to wonder how on God’s gray earth the guitarist just did that. HOW?!

All the bluster would be pointless if it weren’t for Fucked Up’s surprisingly sharp pop instincts. Most of these songs rely on the building blocks of your typical verse/chorus structure and your typical brain bending guitar solos before inevitably concluding with a final chorus or Damian Abraham’s tortured mouth-grind. It’s full-bodied, melodic rock music with serious forward propulsion, and though Fucked Up might bristle at the comparison, from a purely sonic standpoint Abraham’s glass-eating bark is really the only thing differentiating them from, say, recent Foo Fighters—which, if you can get over any Grohl-prejudices, sort of makes sense considering how fervently both bands worship at the altar of Bob Mould. On somewhat mellower tracks like “Under My Nose” and “Lights Go Up,” Abraham momentarily flirts with actual singing, but the dude can’t quite escape his hardcore roots; Cults’ Madeline Follin is able to produce a welcome, lovely vocal counterpoint as Veronica on “Queen of Hearts,” but she’s worm food by the fourth song, so oh well.

Damian Abraham’s vocals are unquestionably a taste many will never acquire, but with rock songs as fierce as “Ship of Fools” and “A Little Death,” it’s worth putting in the effort. The former is practically a Southern boogie, riding a heavy John Fogerty attitude to a guitar solo which re-imagines The Edge as a surf rocker; the latter is David‘s undisputed centerpiece, a fully climactic pop song that can only be accurately described as stadium hardcore, its gradual build-up and explosion into the final chorus as cathartic a rock moment as you will hear all year, a shining example of tension and release simply too huge to be confined to the 500-seat clubs these guys usually play.

At 78 minutes and 18 songs, David Comes to Life is impossible to get through in one sitting without incurring ear damage—which Fucked Up would probably take as a point of pride. Your best bet is to make a 12 song playlist of your favorites, three of which must include “Queen of Hearts,” “Ship of Fools,” and “A Little Death,” and then tell your friends it’s Sugar’s blistering follow up to Copper Blue (1992). The narrative of David is not quite as cohesive as Fucked Up think it is, the lyrics too cliché, but if writing a rock opera was the impetus required to push them to produce an album as gloriously overblown as David Comes to Life, then it’s worth a thousand dead Veronicas and even more mopey dorks to mourn them.