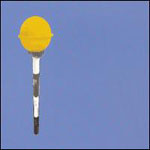 Every once in awhile I come across a record that I like so much I don't want to review it. There are plenty of records that are interesting to analyze, deconstruct, or just straight up tear apart, but it's a special sort of album that is so enjoyable that you just want to throw on and not think too hard about it. You're too busy grooving; it would sully the experience by really delving into the "why" and "what." And I don't want to be all "take pity on me, the poor reviewer," but when you do that enough you really learn to cherish the times you can just cue up a CD and not really worry about influences, rhythmic progressions, and deeper meanings.

On the other hand, that very record, for whatever reason, just keeps not getting covered by the internet magazine for which you write.

And so I find myself reviewing Transparent Things, Fujiya & Miyagi's excellent 2006 singles compilation recently made available stateside by Deaf Dumb and Blind. A light, breezy, entirely listenable album, I've been bumping it frequently for six months. It's the sort of album I'll throw on while making dinner, but it also seems entirely appropriate to put on the iPod when heading out to a friend's place on Saturday night. It's not a Great Album, but it's the sort of curio I've found myself coming back to over and over, entranced by the straight-forward bass grooves and charmed by the tongue-in-cheek lyrics.

Over the last week or so, as I've really tried to focus in on what it is that keeps me coming back to Transparent Things, it's become clear that there is more to this record than meets the eye. Tracks like "Collarbone" and "Sucker Punch," for all their goofy fun, are nonetheless the result of a careful vision and some excellent crafting. Even in those cases where obvious influences peek through -- Can and Neu! throughout, and the Velvet Underground, especially on "Conductor 71" -- the band does such a good job of writing clever bass, drum, guitar, and synth lines that the album's lack of originality doesn't matter so much -- that's more than made up for by the band's evident skill in constructing their grooves. That's where the band deserves the krautrock comparisons, and even if others (Stereolab, Hot Chip, etc.) have pursued a similar game plan, the Brighton trio does it exceedingly well.

It's bound to be lead singer David Best that initially grabs your focus. The man has such charm and skill as a vocalist, especially while delivering ridiculous (and often inane) lyrics, that he more than makes up for his limited vocal range. With "In One Ear & Out the Other," where the instrumental arrangement is a bit too layered and busy, Best's stammering delivery and vocal quirks save a track that otherwise could have fallen apart. When the band is firing on all cylinders, as with the phenomenal "Photocopier," Best just takes it one step further, letting his vocal gymnastics play out perfectly over the stuttering drums and thick-as-mud bass line.

"Collarbone" has a bass line that simply will not let you off the dance floor. The breezy title track has gorgeous and slick keyboards that draw focus away from Best's philosophical musings on bicycle lanes and littering. The album's two instrumentals -- "Conductor 71" and "Cassettesingle" -- stand as among the album's better tracks, letting the group's love of '70s art-rock shine through to great effect.

Transparent Things has weak spots as well. A few of the tracks drag on a bit too long, and I can't help wishing the band had thrown a few more tracks on to show a bit of variety (the original album was a mere nine songs over 36 minutes). Proper closer "Cylinders" is pretty insubstantial, but at least fit better than the dull "Reeboks in Heaven" that closes the US edition of the album. Considering how good their re-do of their own "Electro Karaoke in the Negative Style" is, it's a shame they couldn't come up with something a bit more interesting to add to the bonus edition (especially if they're going to scrap the awesome original UK cover art).

Still, I find myself reaching to point out holes in this album. It has its flaws, and it certainly isn't some great reinvention of krautrock, but Transparent Things is an incredibly likeable album. This is the sort of thing I find myself throwing on when there's a gap in the day or I'm just looking for something light after one too many times through that latest Boris record. It isn't an album that requires close attention and repeated listens; it's the record you throw on again and again because it's charming and instantly enjoyable.