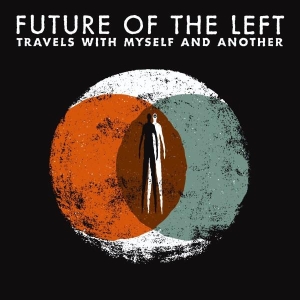 Future of the Left: Travels With Myself and Another 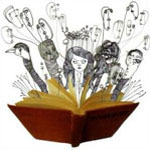 When Mclusky died so did all hope on this planet. They pulled themselves apart and broke up, and I was really freaking sad (sadder than usual) because my time with Mclusky was so short and because their songs were so short, leaving, mathematically, very little time for a romance. And then Shooting at Unarmed Men was "meh" and Mcluskyism (2006) was only expensive methadone. And then in the trenches of my imagination, Andy Falkous and drummer Jack Egglestone stayed together, hired Kelson Mathias and Hywel Evans from Jarcrew, dropped Evans, but probably not like they dropped Jon Chapple, and spent a year making their debut Curses in between scant gigs around Cardiff.

Sure, you wail, "That's post-punk for you, stupid: that's another whining mess to heave into the big genre chasm where guitar shrapnel and desperate paradiddles infuse dub and funk and krautrock into puppy-dog-lipped introspection only to find that there's nothing really pleasant inside anyway." I mean, you snarl, "Isn't a whole lot of everything semantically post-punk by now anyhow?" OK: Future of the Left don't make any bones about their forebears; perhaps the most continuous line of kin shoots back to Steve Albini, not necessarily because the guy probably single-handedly defined a pristine, voluminous production sound and did just that for Mclusky's The Difference Between Me and You Is That I'm Not On Fire (2004), but because Curses sounds mighty like 1000 Hurts (2000). Know that incantation in "Prayer to God" where Albini's all, "Fucking kill him, fucking kill him, kill him already, kill him" and then the song ends "Amen" and, yeah, it's prayer enough? That's what all of Curses is like, atonal fanfare and half-phrases, a body of work more defined by hooks than any Kanye West record. Every superlative line's a plague, a bone-ified keeper without those goddamn Max Headroom sunglasses.

I'm saying that Future of the Left are here and they rule, probably more than Mclusky, and that's all that's important now. Their record is best played at loud volumes and you will undoubtedly fail at air guitar. Even with your shirt off. Even when Future of the Left will never seem as literate or exploratory as Shellac. Or, to step further back, as troubled by their impeccably bare melodic sense as Big Black; or as feral as Mission of Burma, as martial as Gang of Four, as mythic or productive as Wire, derivatives of derivatives, orbits upon orbits, this fucking gyroscopic grab bag of chest-beating Neanderthals. Does not matter. This album is made of everything for which we've ever dreamed: KITTENS AND MALE BONDING.

What "post-punk" album in the last decade or so has been so assaultively, dumbly spare? So to-the-point, affirming and denouncing the genre as the fourteen songs are built and hastily razed? Maybe Curses is just finishing what Pink Flag (1977) started, or at least is confident enough to claim something so ridiculous while hop-scotching over the 80s and, like, seven more Wire albums and three Mclusky albums. And a lot of other stuff.

So, Curses exists because God loves us. But Falco would lead you to believe something a tad more indifferent, possibly even sinister. Try the opening verse from "The Lord Hates a Coward." Over a seaweed and sewage bass line, tumbling into itself, Falco grits through a wary sermon:

With images this disjointed, grim, and even grotesque, it's difficult to pin a definitive conceit to the album; better instead to accept the couplets and clarions as a breathless account of malaise, as if in dwelling over terrible acts and terrible men we're completely ignoring the responsibility we have to our own bodies. Better to be one massive, pulsing behemoth of flesh, a touring band, plodding porously through the wasteland of modern pop radio, because "real men hunt in packs" -- no, "in pyEAHCKS!" In survival is purpose and responsibility; en masse the human body is more than the sum of its parts, able to siphon primal instinct into a Bacchanalian reflection of a much more apathetic reality, allowing horrifying violence and slapstick to creep that much closer together. When Falco shrieks, "Chew it up and spit it back at the waitress," we don't feel sorry for the poor girl but rather lick up our own insurgent urge to do the same, justified by Egglestone's perfectly synced tom and cymbal and by that comic strip piano two-step.

See, Curses is ingeniously sequenced, beautifully produced, and intuitively mixed (at Abbey Road) with Falco on top, chomped at by bear-trap riffs. As "Fuck the Countryside Alliance" confirms that protesting class inequity may just be as futile as a line like "Take a man to his nightmares in a Landrover" escaping the stentorian drums behind, "My Gymnastic Past" rewards an alien, chirping rhythm with a meat-and-potatoes coda, all "Wave wave wave, I don't wanna wave wave / I don't wanna wave wave, I don't wanna wave at them," just Falco and Mathias un-harmonizing and then actually waving at a reptilian new wave number. "Suddenly it's a Folk Song" is, I think, what Mclusky could have always been but could never bring themselves to enjoy: a beefy, melodically hilarious verse-chorus-verse meal, the logical extension of everything stuttered, clipped, and ground down before and after it. The de facto core of the album, its very presence is unnerving, especially when "Kept By Bees" murders whatever veneer's left over. Folks, the architecture here is boggling, the songs a slew of dinosaur bone gazebos on a landscape in constant flux. Only Falco could announce, without pretense, consolidating both the weakness and brittle stubbornness of his record, "My finest exoskeleton!"

I love this album, imperatively, and in a similar way I'll repeat: I fucking love this thing called Curses. I feel it limning the very physical manifestation of my soul as it operatively devastates the same, like in Ingmar Bergman's Persona (1966) when Alma tells Elisabet that Elisabet's soul could probably fill up Alma-plus, sticking out visibly everywhere and probably causing a bunch of pain in the process because Elisabet's soul is just so much bigger than Alma's; in the same way I say to Curses, ".I think I could change myself into you if I tried. I mean, inside." Or vice versa: "You could be me, just like that." Because did you know that music criticism can operate in very much the same vein as Future of the Left, making alienating and undoubtedly histrionic allusions to the insides of an inside joke, developing an irresistible community that is also impenetrably insular?

I'm sure you did. Which essentially makes Curses either a religious experience, like being matriculated into a holy brotherhood, or just a diversion, and who's to say what's the difference? Transcendence is loud and so is this type of music, plus this type of music has always been about amounting to more than the sum of its parts, which means it was always more visceral than pragmatic anyways. So not only is Future of the Left bigger than Mclusky, Future of the Left is bigger than their album; Curses, for all of its relentlessly honed structure and scythe-sharp wit, still seems insufficient acreage for the band. It's alright because they admit this readily, that their small bodies and smaller bones can only deal with so much injected pith before, say, a keyboard is birthed and the very mechanical image of the corpus is made to do a headstand. Where Mclusky died because it was realized, Future of the Left burp out stink lines of entelechy and end their statement with "The Contrarian."

The "ballad" move's an exaggerated way to complete the album's arc, sweetened by the too-profound last line "Here is the future of what you demanded," but it's also austere and audacious, explaining and putting to rest the album without declaring any imminent paths or plans for the band. You expected Mclusky, sure, but now you've been told what you expected all along, even when you couldn't put it into words. How does that make you feel? Surprised? Cheated? More importantly, what does that do for the propriety of our nation, for our world, to our occupations?

Well, I very rarely swear, but I'm swearing now. I'm not much of a liar, but I'm sure you're going to have to scrounge through a lot to get at some truth here. Or: Often I attempt to define the City in which I live, to clamor over boundaries, history, and regional lexicons, dissecting Chicago-ness or Dom-dom or American-osity, but now I'm prone to observe my surroundings and home as part of one big bleak expanse. Additionally, I never much talk about feces, and here I am affirming your taste, asserting that, yes, this album will shit all over your face as expected, the splatter meticulous because the rectum's tight, the bacteria virulent, and if our grammar and diction seem vulgar or our hyperbole too much for a critical assessment of a 37-minute, knobby patch of post-punk scar tissue, then Falco and I, well, we'd probably agree with you. I mean, we're both pretty frightened of what we've become.