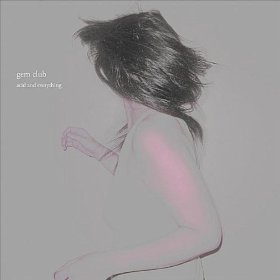 Gem Club: Acid and Everything EP 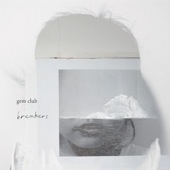 If the last scrawling minutes of summer are a swearing overexertion to generate fond memories and lasting moments before the cold sets in, then the pivot from September to October—when the air clacks down like teeth on your exposed skin—that time’s about quietly, subtly stealing the same. Sharing moments more sparingly, more whispering-ly—passing them around like increasingly scarce secrets. And it’s why Breakers, the new album from Somerville, MA piano+cello combo Gem Club, works so well right about now: we can appreciate the gesture of finding some warm pocket where all these moments and memories happen and then moving in gratefully.

As far back as an at-home recording of his solo work, Christopher Barnes has been singing like he’s keeping a small animal alive with the soft bellow of his lungs alone. He has a way of forming words, a loose-of-lip and elegiac way wherein one can’t help but despondently look back on long-gone snippets of life, like other people’s happinesses and blurry parties. He’s burying something, and he’s burying it well: whereas on the band’s debut EP, Acid and Everything (2010), his vocals paired neatly up with Kristen Drymala and the clean-cut strokes of cello, here—with the thoughtful inclusion of Ieva Berberian—the three voices diffuse completely into one other, still retaining their individual essences. I think of three clouds of complementary elements occupying the same space of sky at the same exact moment. It’s nice.

Just as the material on Acid and Everything bore the sound of having been recorded in a few weeks’ time, the songs on Breakers descend with informal and pre-existing beauty. The doleful ballerina shirts and turns, the soft motions in repose, preserved despite the gracious amount of time that could’ve lent to over-ornamentation, over-editing, over-processing: Breakers‘s restraint is staggering. While the bulk of the songs on the EP seemed to hover in a disconnected present, Breakers finds Barnes removed not only from the moment at hand, but glancing through screens of time and other doleful, outsider-ly moments. Tracks like “I Heard the Party’s Here” are particularly affecting in their way of gathering introspective thoughts around someone else’s happiness, like moths drawing heat from a lamplight. Personally exciting was the decision to pull “252” from Barnes’ solo “album,” Pom; roughly forty seconds longer, the Breaker version’s pivotal crescendos find flesh in Drymela and Berberian’s accompaniment. It’s a simple procedure, true enough: Drymala makes a clean incision, then Barnes and Berberian breathe warmed chloroform into the body of the song.

The sadness of looking back from somewhere completely removed—begging to come back, or to come back in—is a cold preface for an album like this, but Gem Club are so capable, if not entirely focused, on gifting listeners with exactly the right temperature needed at the right moment. When it’s warm it offers a cool side, the underside of one’s pillow, and when it’s frosty it offers a coverlet of weight or the stable resting of a hand. Crawling into Barnes’s songs is like getting up inside someone sleeping’s t-shirt, resting your ear on his stomach, and feeling his pulse drum against your cheek. In its loneliest moments, it blushes with the urgency for company. Something about the music Gem Club makes waits, just waits—is patient and is so fucking desperate at the same time for a response, a resonance, reciprocity, to find a likeness or warmth. And these they find, which is why the album is so good: in how much I want to throw myself into their songs, or share them like secrets.