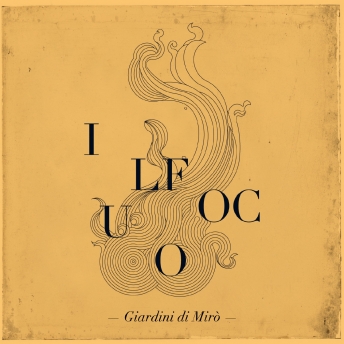 City Centre Offices isn’t a label you normally associate with gloom. Home to various titans in the European electronica scene, the Offices is the place to visit if you wake up in the night needing beats, serotonin, and synthesisers (even their official Discogs entry tags them with “morning sun,” “cool air,” and “harmonious drone sound pulling you smoothly from a state of sleepiness into a state of reflection”).

Not a label you’d expect to dabble with dejected guitar stunts then, but CCO turns twelve next year, so what better way to embrace puberty than with a clipped but temperamental post-rock album—one created purely to soundtrack a landmark Italian romantic tragedy? In 2006, Mediterranean instrumentalists and one-time Godspeed You! Black Emperor support band Giardini di Mirò were hired to compose new music for Il Fuoco, a 1915 museum-honoured silent film split into three acts: La Favilla (the spark), La Fiamma (the flame) and La Cenere (the ash, separate beds, and divorce lawyers). This was a programme designed to get more people salivating than just the art crowd; anyone’s who’s seen KTL’s The Phantom Carriage—the film that inspired Ingmar Bergman, Bill Murray in Scrooged, and Bill & Ted’s Bogus Journey—will know of the alchemy that takes place when you mix silent film with decent contemporary noises. As predicted, the Giardini Di Mirò soundtrack was a hit, its limited run on Unhip Records gobbled up by European film buffs. Now City Centre Offices hopes to introduce the record to some wider buffs—ones that don’t have goatees or sit in the dark eating dried fruit with cine cameras.

Like any soundtrack album, Il Fuoco is split into themes, with each theme for the three acts of the film getting its melody reinterpreted several times. The “Favilla” tracks when played in sequence feel like one side of an unearthed vinyl: they begin with TV static and white creeping noise, then break into a hangdog rock opera that seems to describe hearts breaking in Norway. Seriously, if there’s better scenery to suit crestfallen guitars with oboes wailing in the background, then you’ve been alone in the tundra too long. Fans of old Mogwai numbers will love it, though, and three minutes of prowling snares later, the tune springs back to life with layers of atmospheric moaning. The Di Miròs have got their composition technique down pat by now: they’ve mastered the Germanic brass instruments that’ll liken them to acts like the Notwist, but they’ve also got the ears of observant post-rockers, orbiting the genre and not wallowing in it. The tempo gets restrained whenever it threatens to crush them, moving from Read Dead Redemption cues on one suite to biker sacrifices (“XXXXXXX”) on another.

Where the cinematic template of Il Fuoco pays off is in how smoothly Giardini di Mirò stir in ambience to their crashing post-rock follies. The result is a sound you’d expect from Tortoise if they ever released a pay-what-you-like record: serene instrumentals that occasionally break to get sucked into space and digested. Sometimes, the band pushes this concept into territory where the CCO pop fans might run away, such as on the nerve-shredding “Vampa” build-up where things get a little bit evil. “∞∞∞”‘s mix of violins and appalling white noise sounds like tankers listing; Type Records colliding with Titanic. This must be what DiCaprio heard when the string section went in the water. Fortunately it’s broken by its danceable predecessor, which taps out a rhythm that flirts with pop while giving us Il Fuoco‘s high point of production (and that includes the torpedo of static in the tune’s dying moment). That’s the likely crossover moment, though ultimately horror score textures facing off with ethereal keys are never going to please everyone, and “La Cenere”‘s horn section and ghost story pulse—and the subsequent pay-out in “††” where ghosts zoom through terrified pedestrians—lower a black curtain on the album.

It’s an ordeal to take in but one that’s very well edited, and I can personally think of no better record to take your coffee to before you start a shit job. Giardini di Mirò‘s score for a hundred-year-old film manages to pack in enough hard rock kicks to raise the ghost of Tommy Vance then frighten him back off with haunted house sounds and male choral backdrops. What’s eeriest of all, though, is how GDM show amazing finality for a record that’s only their fourth. Who do they think they are? Boston?