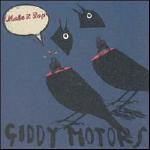 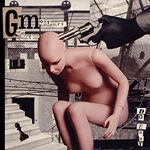 It’s been a while since we’ve heard from these guys. Remember 2003’s Make it Pop!? The band was then lumped in with the Liars (…I guess) and Black Dice (wait—whuh?). They were the cavorting, face-forward/balls-out least-obtuse group of this inchoate post-punk movement (not yet popularly called “dance punk”).

Fans of Make it Pop! should prepare themselves to adjust. The opening moments of that album’s “Magmanic” grafted jazz figures and punk aesthetic onto one another; the result was something odd and precious, like the genre stew of Fire Show (also R.I.P.) or a fictional yet-to-be-released album called The Mekons Play Whatever the Fuck They Want. But Do Easy—and I really hope this isn’t what the title means—doesn’t wonk that way. What’s here isn’t bad; it’s generic. The spunky riff mash that allowed fans of Make it Pop! to be captivated by “Venus Medallist”—a short acoustic piece accompanied with strings, and really a piece that was only interesting for what it was not, in the context of the album, which meant “loud”—is here replaced with confident (read: jonesy man-time mall punk) swagger.

I’m torn. After four years, should the Giddy Motors be expected to reciprocate their own ghost’s legacy? I mean, I’m sure most casual fans have forgotten who they were, along with the Single Frame Ashtrays and Interpols of the world. (What? People still like Interpol? Damn.) So they need to update their sound, right? Except, I don’t think the problem is so much that they’ve updated their sound as it is that guitarist and bassist have finally caught up to drummer in terms of skill. Which is a weird thing to say, I know, but the traditional axiom that equates sloppiness with charm wasn’t really what made Make It Pop! great—the sloppiness itself was the point. For all intents and purposes, Do Easy is by an entirely different band, and now, all technically resolute, they sound like…uh…the pAperchAse, I guess. With less angst. And less screaming about hiding the kitchen knives.

We get lead single “Panzrama,” a cosmic arch of rivet-wielding electro-burst guitar riffs that circle themselves; it’s pretty gold-plated and steaming just like that, but it’s also so fluid that you could splunk stones in its holes. I’m trying not to be too nostalgic for the ragged edge, but when everything writhes like a blue flame (stately, and rhythmic) I keep getting confused: this wasn’t my context for this album. Whether or not the band should be a victim of context, I can’t wrap my head around the fact that the essential qualities that made Giddy Motors so distinct have now been modified to the point where they blend in. So even if “Down with a High Heel” sets off sparks on a metal floor in a way that recalls the giddy brilliance of their early work, even if “Sick” compacts the punch of “Panzrama” into a tight fist, even if the first six tracks grouse around the thrash-can alley fire warming their hands on effigies of Tool, that still just results in six versions of the same idea. Six good versions, but still.

“End Game” and “Dot Dot Dot” break the streak; the former is a lethargic guitar workout and the latter a (really bad) noise track. Given that the album is just under 33 minutes, the math doesn’t hold much promise. I like this for what it is, but I can’t get around the fact that I’m sad about what it isn’t: my favorite brand of spazzy thrash rock that was absolutely giddy.